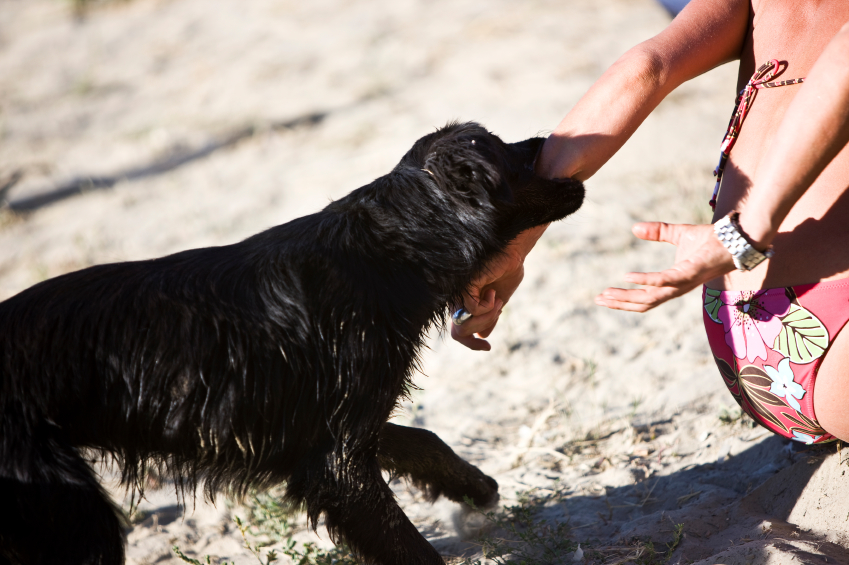 Many people love dogs. But nobody loves dog-bite liability.

Nevertheless, dog bites are a reality, and so is the risk of lawsuits arising from them. The problem is that many Americans – renters in particular – are exposed to the risk of being sued because of a dog bite. According to the Centers for Disease Control and Prevention, about 885,000 Americans are bitten by a pet each year with enough severity to require medical attention.

Dog bites are by far the most common liability claim on homeowners insurance policies, amounting to more than a third of all such claims, according to the Insurance Information Institute. In all, insurance carriers paid out nearly half a billion dollars — $483 million, to be exact — to cover in 2013 alone. Homeowners insurance policyholders filed 17,359 claims in 2013 – an increase of 2.6% over 2003 numbers. But the total dollar amount paid was up 49.2%, and the average cost per claim nationwide — $27,862 — was up by 45.4% over the same time period, according to the institute.

If you own a homeowners insurance policy, chances are you have some protection under the liability provisions of your standard policy. However, some companies exclude certain breeds, especially if the breed is illegal to own in your jurisdiction.

Renters, however, are much less likely to carry insurance than homeowners. For those who do have renters insurance, you may well have sufficient liability insurance as a part of your policy to cover yourself against the vast majority of potential dog-bite claims. But if you don’t have renters insurance, or some other kind of liability insurance (such as umbrella coverage), you are facing potential liability of tens of thousands of dollars and even more with no protection at all.

How big are the potential bills? Much bigger than most of us can afford to absorb, especially for owners of powerful and potentially aggressive breeds. According to data compiled by Dogsbite.org, an advocacy organization for victims of dog bites, some severe dog attacks can result in $250,000 in medical bills. Many of these victims frequently require expensive and painful or time-consuming reconstructive surgeries and treatments. In 2012, some 27,000 people underwent reconstructive surgery as a result of dog attacks, according to the American Society of Plastic Surgeons.

The biggest dog liability insurance judgment on record arose out of a 10-minute attack that killed Diane Whipple, a 33-year-old lacrosse coach who was mauled in a hallway outside her San Francisco apartment by a 140-pound Presa Canario. Both of the dog’s owners were convicted of involuntary manslaughter and one was convicted of 2nd degree murder. The other owner, who wasn’t even present during the attack, was convicted of involuntary manslaughter because he left the couple’s two dogs with his wife, whom he should have known could not control them. Whipple’s partner sued the dogs’ owners for $1.5 million in damages — and won.

According to research from Dogsbite.org, the molosser breeds represent the most dangerous breeds.

…and mixes of these breeds.

These dogs make up about 9% of the total dog population in the U.S., but they account for an outsized proportion of harm to humans:

Furthermore, between 2005 and 2013, pit bulls and Rottweilers accounted for 74% of dog bite fatalities.

In many cases, dog-bite victims are unable to collect damages required to pay medical bills from irresponsible underinsured dog owners.

Occasionally, an insurance company could turn you down entirely, or revoke coverage, because of your dog breed. Farmers Insurance in California, for example, announced in 2013 it would cease coverage for dog-bite liability arising from pit bulls, Rottweilers and wolf hybrids. Breed restrictions don’t just affect the molosser breeds listed above. Insurance carriers that impose breed restrictions also commonly exclude these other breeds:

How much coverage do you need?

If you have a medium-size dog, $300,000 is a reasonable amount of coverage that should provide enough liquidity to provide protection for anyone who should become a target for your dog’s aggression who could press a claim, Kenneth Morgan Phillips, a California attorney specializing in dog-bite law, says on his website. This is important because nearly any dog could bite defensively if provoked, say, by a playful child. Guard dogs and certain breeds may become more aggressive, of course.

If you want more coverage than your homeowners or renters coverage can provide, you can purchase a dog-bite liability rider, or an umbrella policy with provides broader protection.

Could you lose your home as a result of a dog bite?

Absolutely. If you own a dog, and you don’t have coverage in place to protect those around you and cover any liability that might arise from your dog biting someone, the victim could sue you and potentially drive you into bankruptcy. Depending on your state, you could even be forced to give up your home, involuntarily, along with nearly everything else you own. The dog-bite victim’s attorneys will do what they have to do to free up any money needed to pay for reconstructive surgeries, treatments, missed work or school, and compensate for pain and suffering.

You can potentially discharge dog bite liability in bankruptcy, but that may not work if your dog has bitten someone before, warns Phillips. If your dog is known to be vicious, or if you deliberately and maliciously caused your dog to bite someone (or a victim’s attorney can make that case, even if it didn’t happen), a judge could disallow the bankruptcy discharge of liability arising from the bite.

If you are a landlord, you should monitor your properties and act to remove or evict nuisance or aggressive dogs. Your exposure to liability could be increased, as well, if you were aware of the presence of a prohibited breed or a pit bull on your rental property, or that a dog on your property was vicious, and you had the legal authority to have the dog confined or removed, and took no action or inadequate action.