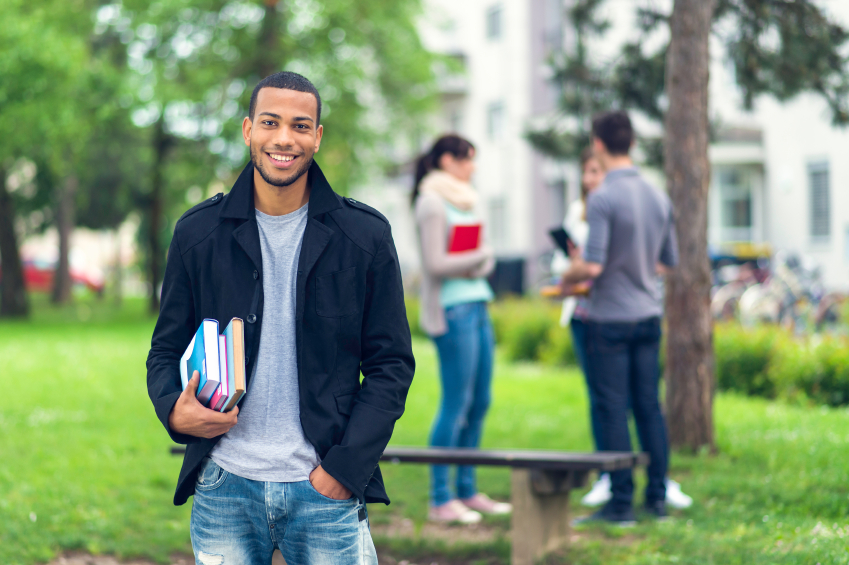 It’s college application season, and the reality of how much that degree will cost is hitting families across the country — even those who have been preparing for years. But changes to how families fill out the FAFSA, along with new ways to decide what colleges they can afford, might help make the process a little easier.

Whether you’re a student or a parent, make sure you understand these five important updates so you’re prepared to make the best financial decision for you when college acceptances come in.

On Sept. 13 the White House announced that, starting next year, students and parents can fill out the Free Application for Federal Student Aid (FAFSA) three months earlier than previously allowed. The form will be available in October 2016 for the 2017-18 school year, instead of in January 2017. Students will also be able to enter their parents’ income information from two years preceding the year they apply for college (called the “prior, prior year”) instead of just one year.

Why is this a big deal? High school seniors apply for college between October and December, but as it stands they don’t see their Expected Family Contribution — a determinant of how much financial aid they can receive — until the FAFSA is available the following January. And since many families haven’t done their taxes by then, they’re using estimated income information that they’ll have to update later. It might turn out they applied to schools they ultimately cannot afford.

Once the change goes into effect, a student who completes college applications in the fall can at the same time complete the FAFSA and, since they can go back two years, use the IRS Data Retrieval Tool to instantly fill in their parents’ accurate income information. Now the student can see how much the government expects their family to pay for college — and decide which colleges to apply to based on more realistic figures.

2. The U.S. Department of Education revamps its College Scorecard

After two years of buildup, the federal government on Sept. 12 launched its redesigned College Scorecard, a tool that allows students and parents to compare costs, academics, employment outcomes and graduation rates at more than 7,000 schools.

It’s an update to the College Scorecard the White House originally released in February 2013. It’s also a shift away from the government-powered college ratings system that President Obama proposed two years ago, to strong criticism.

Instead, the redesigned tool is a comprehensive database that allows prospective students to search schools by name or by characteristics such as location, size or degree options. Users can also view school-specific information on the average annual cost by family income and the typical monthly student loan payment after graduation.

True cost data like this can help students decide as early as possible if the schools they’re interested in will leave them with unmanageable student loan debt.

The Department of Education has also partnered with college research website College Abacus to integrate College Scorecard data into another useful tool. Released on Sept. 28, Pell Abacus shows high school students who currently qualify for free or reduced-price lunch — and who would likely be eligible for federal Pell Grants for college — how much they’ll pay out-of-pocket at more than 5,000 colleges.

Pell Abacus estimates the net price of each school, or the cost to the student after taking into account grants, scholarships and other aid that doesn’t need to be paid back. In other words, the financial aid Pell Abacus calculates doesn’t include federal student loans.

The tool takes less than five minutes to use, requiring students to answer just a few questions about the size of their family, their parents’ marital status and whether they plan to live on- or off-campus. Students don’t need to know their parents’ income or tax information, which means it’s an easy way to get a realistic sense of college expenses before applying or accepting an offer of admission.

4. PwC announces it will help employees pay off their student loans

While it’s a smart idea to avoid student loans if you can, many students can’t afford college without them. In fact, almost 41 million grads are currently repaying student loans, according to Federal Student Aid. To attract recent graduates who might have years of payments ahead of them, auditing and consulting firm PricewaterhouseCoopers announced on Sept. 30 that, starting next year, it will contribute $1,200 a year to help entry-level employees pay off their student loans.

“As a firm that recruits more than 11,000 new hires off campus each year, this is an opportunity to differentiate ourselves with a key talent group — millennials — and provide a meaningful way to help reduce their debt,” Tom Codd, vice chairman and U.S. human capital leader at PwC, said in a press release.

About 3% of companies currently offer student loan repayment assistance, according to a June 2015 report by the Society for Human Resource Management. PwC is one of the largest U.S. companies to provide this benefit to employees. Boston-based startup Gradifi will process PwC’s contributions to employees’ student loans, and additional companies can sign up for Gradifi’s service starting next year.

Keep in mind, too, that if you work for the government or at a nonprofit, you always have the opportunity to have your federal loans forgiven after 10 years through the government’s Public Service Loan Forgiveness program.

This summer the Consumer Financial Protection Bureau collected more than 30,000 public comments from student loan borrowers who reported issues with their student loan servicers, the companies that manage borrowers’ federal loans. The CFPB released a report Sept. 29 outlining those borrowers’ concerns and proposing how to improve servicers’ practices.

Many borrowers told the CFPB their servicers provided poor payment processing, customer service and education about income-driven repayment plans. Some said an unexpected change to their servicer also resulted in incorrect loan balance and payment information.

To fix these issues, the government recommended that state and federal agencies enforce consumer financial laws when servicers break them, and that policymakers create basic standards of conduct for all federal loan servicers to follow. The CFPB didn’t offer specifics about when these approaches would be taken up or go into effect.