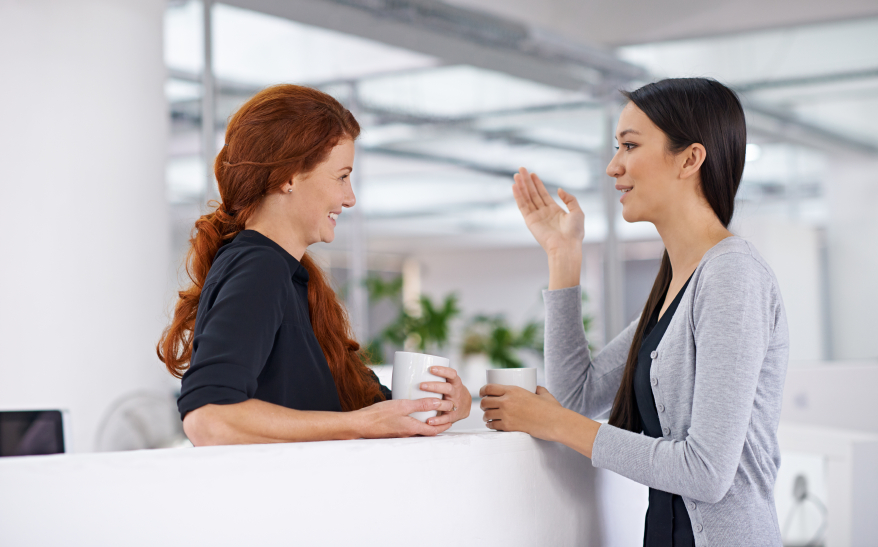 It’s the anxiety-ridden question on the minds of postgrads everywhere: How do you make friends after college?

Your first job is a pretty good place to start.

Studies show some people believe making friends with co-workers contributes to job satisfaction and can also be good for a career boost. For example, one third of millennials said socializing with colleagues helped them move up the career ladder, according to a 2014 Relationships @Work study by LinkedIn and Censuswide. Friendships with colleagues also made 18% of professionals more competitive in their careers, the study found. Survey respondents ages 18 to 24 years old also said workplace friendships made them happy (57%), motivated (50%) and productive (39%).

In your first job out of college, consider some of these do’s and don’ts for making and keeping friends in the workplace.

Don’t put your whole self out there too quickly

Experts say you should be mindful of crossing personal and professional lines too quickly before you establish trust. Casual interactions with co-workers are inherent with a first job — and that’s when you risk being a little too open about yourself, says Tiffani Murray, a human resources and talent management professional as well as author of “Stuck on Stupid: A Guide for Today’s Professional Stuck in a Rut.”

“If you meet someone in line at the grocery store you might say something friendly and strike up a conversation. You might tell them you’re having a bad day or accidentally say something too personal, but with the low likelihood you’ll see that person again the risk is very minimal,” Murray says. “When you’re new in a workplace you may feel that same sense of openness, but you’ll want to err on the side of caution.”

Christol Johnson, coordinator of career services at El Centro College in Dallas, says to tread on more neutral ground when you’re still in the first-impressions stage of your new relationships. “It’s best to observe what’s happening in the workplace rather than jump in. You’re being evaluated,” she adds. “That doesn’t mean you have to be standoffish. Start by being very cordial — using please, thank you and may I — and never assume that what you feel is everyone else’s views.”

Johnson suggests starting with safe topics and finding a common thread that could be your window into pursuing a friendship. As you get more comfortable with people, you can begin to divulge more about your personal life.

Do make friends for the right reasons

The friends you make at work should be people you would enjoy spending time with beyond the confines of an office. Friends are people you develop a rapport with, you have something in common with and who appreciate your friendship. Don’t make connections “to get ahead.”

“If people go into a relationship with ulterior motives of ‘I’m going to be friends with this person because I know they can help me, so I’ll kiss up to them,’ then I don’t think that’s friendship,” says Larry Sternberg, president of international management consultant firm Talent Plus Inc.

When you begin interacting with a new co-worker, ask yourself, “Why would I want to make friends with this person?”

Don’t let cliques get in the way of real connections

When you do end up making a friend or two you don’t want to alienate your other co-workers socially or within group interactions.

“Management in some cases can frown upon that and see that as someone who isn’t a team player or collaborative with everyone in the organization,” says Johnson, who adds she’s been on both sides of this situation. “I would say cliques are a bad thing in the sense that if you were trying to advance your career you have to network. You can’t cut off those other avenues by just staying with a certain group of folks. You have to go outside the group.”

An easy way to branch out beyond your immediate circle of workplace friends is to switch up whom you eat lunch with or hang out with at happy hour. It doesn’t mean you’re any less tight with the people you’re close with; it just means you won’t close yourself off to other opportunities.

Depending on your workplace or co-workers, use your judgment on the boundaries between your work and personal lives.

When Roshawnna Novellus started one of her first jobs conducting engineering research for a federal contractor, she made friends with a group of other young professionals. They started out getting lunch together and hanging out after work until Novellus decided to invite everyone to her home for a game night. She owned a townhouse and spent a long time decorating to make it look “like a catalog.”

Some of her colleagues reacted negatively after seeing her home, incorrectly assuming her salary was higher than theirs. They went back to their superiors to demand additional salaries as a result. She soon lost those so-called friends.

“Based on that scenario I became very cautious. I ended up meeting them in places that were neutral because I didn’t want to have the same situation happen again,” says Novellus, now president of Novellus Financial in Atlanta. “I didn’t ban workplace friendships indefinitely, but it took me longer to allow them into my personal space or show them parts of me that weren’t in the professional realm.”

Disagreements are inevitable in friendship. When you’re friends with your co-workers, be careful not to let arguments bleed into your professional life. Instead of trying to separate your friendship from your work, it’s best to resolve your arguments, Sternberg says.

“If I come to work with my relationship in a place where we’re upset with each other and we’re friends, I don’t want this to linger on. I sit down with them and say ‘let’s work through this and let’s put it behind us,’ ” he says. “You can’t separate it out. You’re a human being and if you’re upset, you’re upset, so work it out.”

LinkedIn is one thing, but what do you do when you get a connection request from someone you work with on your personal social channels?

“If the next thing you think is, ‘How do I need to temper myself on this channel?’ then maybe you shouldn’t add them,” Murray says. “Only friend and follow people you establish a trust with so if they see you post something non-work related, they won’t go back to your manager with it or hold that in their back pocket for the future.”

If you adhere to proper social media etiquette then you should be consistent across platforms — accept one friend request from a co-worker, then accept them all. You can always tweak your privacy settings and control who sees what. However, that might take more effort than making a decision to restrict your social pages to family and friends or opening it up to the whole office.

Murray suggests taking an even simpler approach: “Be yourself at work, be yourself on social media and you won’t have to deal with any of those issues.”

If all else fails…

If friendships aren’t naturally unfolding in your first job, take your cues from your company culture and how your co-workers interact. If you’re still nervous about what’s appropriate when it comes to workplace friends remember this: Behaving respectfully and being authentic will be valued by your colleagues more than faking it till you make it.

What to Expect When Starting Your First Job

Ask Brianna: How Do I Get an Entry-Level Job If They All Require Experience?

How You Know It’s Time to Leave Your First Job