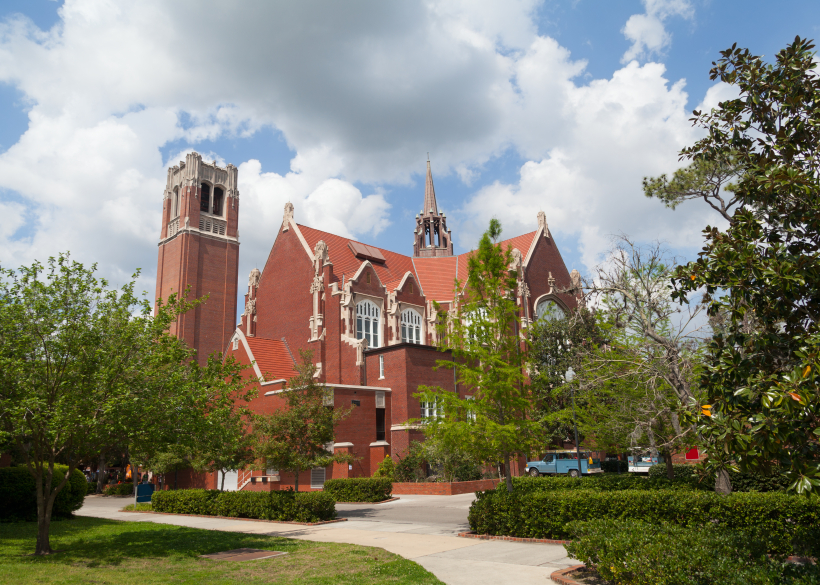 Student loan debt has surpassed $1 trillion in the United States, with 69% of graduates in 2013 owing money. Those who took out loans averaged $28,400 in debt after getting their diploma. But if you’re a Florida resident who opts to stay in-state for school, you don’t necessarily have to take out this crippling amount to get a great education.

Along with the low college costs for in-state residents, the Sunshine State offers hundreds of miles of beaches, booming nightlife and some of the most popular amusement parks in the country.

To determine which schools in Florida offer students the biggest bang for their buck, NerdWallet looked at several metrics, including affordability and student success.

Here are the factors we considered for our list:

Details about our methodology are at the end of this study.

Tips for students and graduates

With its low tuition and high graduation rate, the University of Florida tops our list of universities offering the best bang for your buck. Gators on average make more than any other graduates on our list, with those out of school for 10 years or more making median salaries of $86,300. Plus, UF isn’t just a great Florida school — U.S. News & World Report ranked it the 14th best public university in the United States.

Florida International University students graduate with one of the lowest debt loads on our list. Its College of Business is in the elite ranks of the 5% of business schools worldwide accredited by the AACSB (Association to Advance Collegiate Schools of Business) International. FIU is located in greater Miami, so after hitting the books, students can recharge on one of Miami’s gorgeous beaches. Work hard, lounge hard.

UCF is the second-largest university in the country, with over 60,000 students. More than 1 in 5 Knights major in business, and graduates go on to make $72,600 after 10 years. Notable UCF alumni include George Kalogridis, president of the Walt Disney World Resort, and Alan Eustace, a former senior vice president at Google.

With an average student debt balance of $17,617, UNF graduates have less debt than students who attend the other schools on our list. Former North Florida Ospreys include several members of the Florida House of Representatives, including Janet H. Adkins, Travis Cummings and Reggie Fullwood.

UWF graduates have low average student debt and a high likelihood of finding meaning in their careers, so it’s not surprising that several graduates went on to be influential athletes, business leaders and politicians. Notable alumni include professional soccer player Keith Savage and federal judge Margaret Catharine Rodgers.

The University of Miami is the top private school on our list. The school dominates in two categories: It has the highest median SAT score and the lowest default rate of all of the schools on our list. Around half of incoming freshman graduated in the top 5% of their high school class. Canes go on to earn a median income of over $76,000 after 10 years.

On affordability, Florida A&M is tough to beat. It has the lowest yearly tuition of the schools on our list. FAMU is the largest historically black university in the United States; its notable alumni include Microsoft chairman John W. Thompson and U.S. Rep. Corrine Brown.

Although this private university ranks 10th on the list, a higher percentage of its graduates find meaning in their work than anywhere else in the study. When asked whether their work makes the world a better place, 68% of former Sharks responded “yes” or “very much so.” Of course, it’s easy to have such a sunny outlook in South Florida, where it frequently feels like summer.

Which school would you choose?

Best colleges for your buck in Florida

Victoria Simons is a senior analyst covering loans and insurance for NerdWallet.

University of Florida image via iStock.