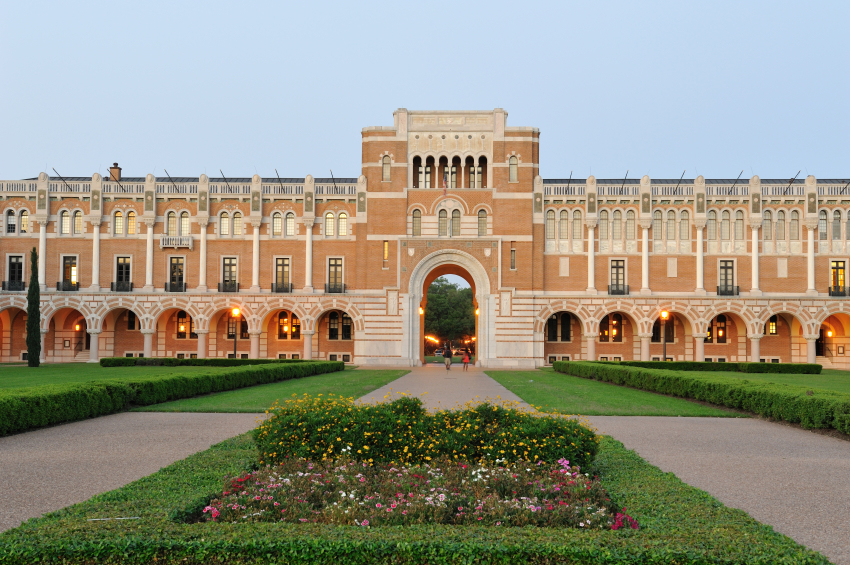 The saying “everything is bigger in Texas” often rings true, especially when it comes to college.

The Lone Star State had the nation’s second-largest number of students enrolled in postsecondary institutions in the fall 2013 semester, according to the National Center for Education Statistics (only California had more). The state also boasts two of the country’s largest universities by undergraduate enrollment: Texas A&M University in College Station (No. 4) and University of Texas at Austin (No. 7), according to U.S. News & World Report.

Fortunately, the “everything is bigger” saying doesn’t apply to the amount of debt in-state students graduate with at many of Texas’ top schools. While Texas is home to expensive private colleges that can require massive student loans, the state also has many affordable schools that provide graduates with a strong education and earning potential — and manageable debt.

Students in bigger cities perform better. While the cost of living may be highest in big cities, four of the top five schools on the list are in some of the largest cities in Texas — Houston, Austin and Dallas. Although schools in smaller towns may offer lower tuition, students at some schools in larger cities have better graduation rates and higher salaries after college.

We evaluated 36 universities and colleges in Texas by analyzing data on affordability, prestige, graduation rates, graduate salaries and student debt. More details about our methodology are at the end of this study. To see the full rankings, click here.

Tips for students and graduates

Shop around for private loans. If the gap between federal aid and tuition forces you to take out private loans, comparison shop to get the best fees, interest rate and terms.

Refinance for better rates. If you’re a graduate with a job and want to reduce your monthly payments, consider refinancing your student loans at a lower interest rate.

Despite its steep tuition — $37,292 a year, by far the most expensive school on our list — Rice offers generous student aid. As a result, students graduate with among the least amount of debt in the top 10 schools, and the student loan default rate is also the lowest at 1.3%. Graduates of this prestigious school in Houston, which is the only private college to crack our top 10, also enjoy the highest median salary of $114,000 a decade or more after leaving the university.

Texas A&M, with its strong agricultural science and engineering programs, puts its graduates on track to perform well after school: The median salary 10 years or more after graduation is $98,300, second only to Rice.

3. University of Texas at Austin

While this school may be known for its successful athletic teams and rowdy Greek life, the University of Texas at Austin is tied for the second-highest median SAT score among our top 10 and it offers prestigious academic programs, especially in business and communications, at an affordable price tag. Graduates earn a median income of $97,200 a decade or more after completing their degrees, the third highest in the top 10.

4. University of Texas at Dallas

Located in the Dallas suburb of Richardson, this school is working to become a Tier One research university. It’s an excellent alternative for students unable to get into the increasingly competitive UT-Austin, which has the same median SAT score — the second highest among the top 10. UT-Dallas comes in second place for the highest amount of aid given.

The University of Houston was once known as a commuter school ideal for locals who wanted to live at home. While many students still commute, in recent years, the university has worked to become more of a residential campus. Graduates from the University of Houston have the third-lowest student loan debt among the top 10 schools ($18,244). The school has many strong programs, including its theater department, which boasts famous alumni such as the Quaid brothers, Jim Parsons and Brent Spiner — otherwise known as “Data” in “Star Trek: The Next Generation.”

This school in Lubbock, a midsize city in the state’s west, offers students a large campus without the headaches of a major city. It has the fourth-most affordable tuition on the list ($7,517 a year in 2012-13). Texas Tech graduates command the top 10 list’s fourth-highest median salary a decade after graduating at $87,700.

8. University of Texas at Arlington

Once a commuter and night school, UT-Arlington now has dorms and other features to create an enjoyable campus life. The university, which is located between Dallas and Fort Worth, charged tuition of $8,878 a year in 2012-13.

This university is in Canyon, a city with just over 14,000 residents according to the U.S. Census Bureau, making it ideal for students seeking a small-town feel and affordable cost of living. With 2012-13 tuition at $6,308, West Texas A&M has the second-lowest tuition among the top 10 list. It also is tied with the University of Texas at Arlington and Rice University for the highest percent of alumni who find meaning in their work.

10. University of Texas at Tyler

This university in East Texas has the third-most affordable tuition on the list, with a cost of $7,222 a year in 2012-13. UT-Tyler also boasts of having 59% of graduates who say they find meaning in their job. That’s the second-highest percentage among the top 10, after a three-way tie for first place at 60%.

Which school would you choose?

Best colleges for your buck in Texas

Scroll through the table below to see the data for all 36 universities.