Asking for a raise is often a good idea if you’re regularly receiving positive feedback at work but your paycheck hasn’t seen a bump recently. Finding the right time to ask is crucial, since it’s a request you can make only so many times. Hold out for better timing if you find yourself in any of these three situations.

1. You haven’t had a positive review or recent wins

Asking for a raise during your next performance review would be good timing, but only if you got positive feedback. For example, if you haven’t met certain goals in the past year, it’s not the right time. But if you’re being promoted or are receiving more responsibilities, it’s reasonable to request a raise.

If you’re between reviews, set up a one-on-one meeting with your boss to broach performance and compensation. Ideally, you’ll make your request when you’re riding a wave of success or when you’ve accomplished something that has added significant value to your organization, says Barbara Suddarth, executive director of Career Development Alliance and a master career counselor in Olney, Maryland.

You should also reconsider your timing if you’ve had a raise within the past few months or if you’ve recently asked for fringe benefits such as a flexible work schedule, additional time off or a bigger office.

2. You’re unprepared to back up your request

You’re not likely to succeed if you waltz into your boss’s office without having prepared for why you deserve a raise.

“When not to ask is when somebody else has just hit a home run and you were not part of the project, or if you’re just doing work as usual,” Suddarth says. “I had a client who wanted a raise who said, ‘I’m on time every day and I work a little late every night,’ and I said, ‘That’s great, but what have you brought to the table and what has been the result?’”

Start by collecting anecdotal examples of positive results from a recent project or idea you pursued. Take inventory monthly or quarterly of your achievements, noting how they relate to your employer’s top goals, says Laura Hall, master career counselor and owner of Career Compass Global in Louisville, Kentucky.

“Saying, ‘I’ve been here for X amount of time and haven’t had a raise in that time’ is not nearly as compelling as saying, ‘I developed a process that brought in new customers,’” Hall says.

If you think your pay doesn’t match what you’re worth, research the average base salary for your role, according to your location and industry. Being vague about wanting to earn “more” is less effective than making a reasonable request for a salary increase.

Once you’ve prepared what to say, practice how you’ll say it with a friend. That way you’ll be more direct and confident in front of your boss.

3. The company is financially strapped

You can’t get a raise if your employer doesn’t have the money. Some signs that the company’s finances aren’t stable include layoffs, hiring freezes or, if it’s publicly traded, a reduction in stock value.

Even though it’s not a good idea to request a raise during those times, it’s smart to talk with your boss about your commitment to the company and to solicit feedback. A meeting could be an opportunity to demonstrate you are forward-looking in your role by asking about setting new goals and benchmarks of success. Doing so will help ensure that when the company gets back on its feet financially and you can ask for a raise, you’ll have measurable accomplishments to point to. 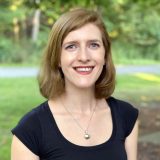