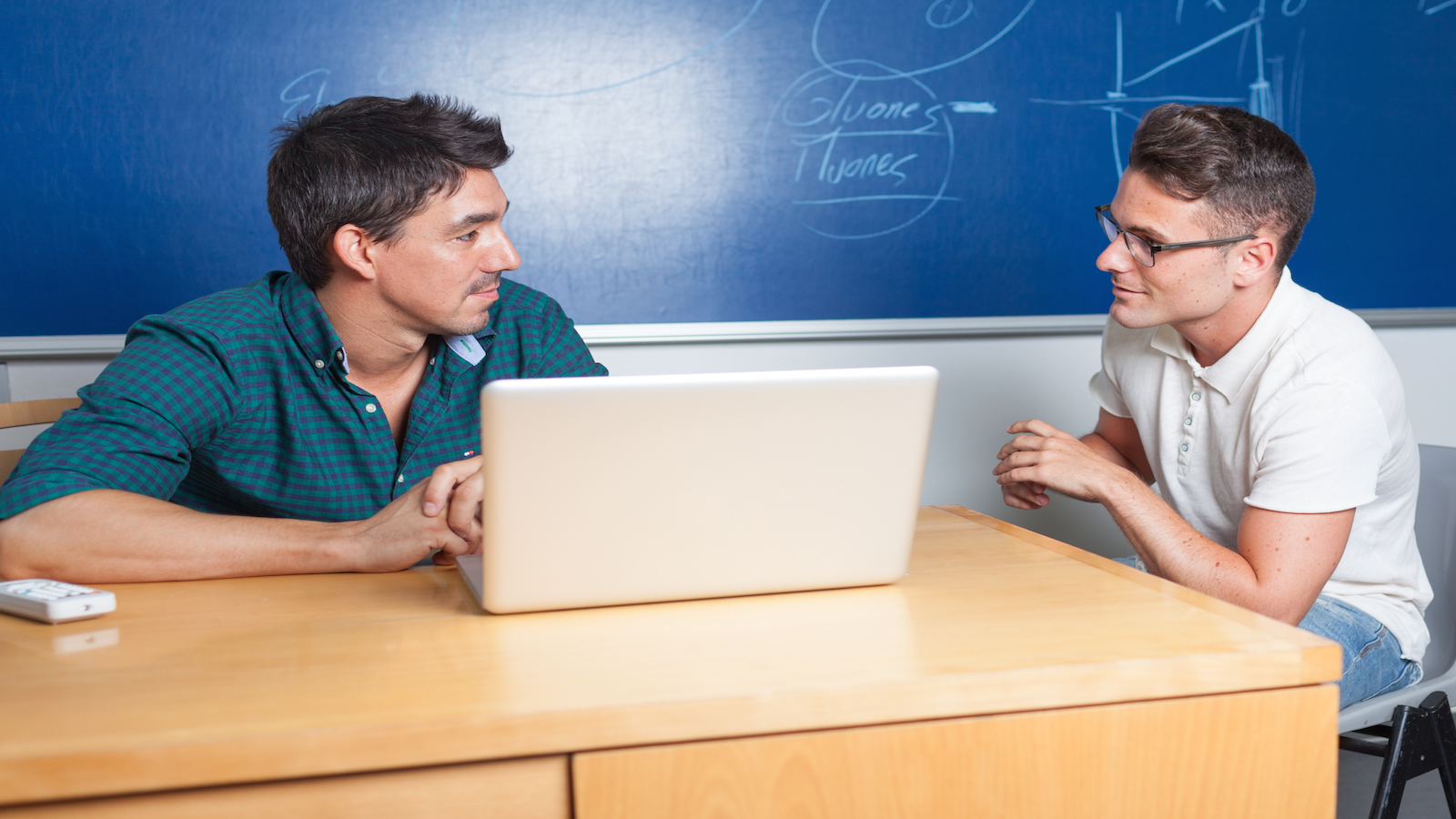 Going to college is an exciting time as students get to mingle with some of the best and brightest professors and researchers. The classroom is a gateway to developing lasting relationships with professors, though many students miss out on the fruitful benefits it could bring. But the select few who do seize the opportunity to interact well with college faculty are often rewarded with the ultimate scholarly prize: a stellar recommendation letter.

A recommendation letter is extremely useful at several points in life—when applying to college, to graduate schools, for scholarships, and for employment opportunities. Each type of application requires different kinds of recommendation letters, but most are simply looking for a more holistic picture of the candidate.  Whatever the situation, you will inevitably need to call upon a person—sometimes several people—who will be willing to vouch for your character.

College professors are among the most seasoned recommendation letter writers; they know firsthand what students should do to obtain a top-notch reference. For that reason, NerdScholar went straight to the source and asked college faculty to help answer some of the most common recommendation letter questions.

1. When is the best time for students to ask for a recommendation letter?

The earlier you ask the better chance you have of receiving a stellar recommendation. But depending on your relationship to the professor, some may prefer more time than others. Our panel of experts share their thoughts on the matter:

Ann Norton, a professor at Saint Anselm College in Manchester, N.H., says, “students should give the professor plenty of time to write [a recommendation.]” In the case of graduate school applications, “the student should ask about three months before the letter is due.” For other applications, she advises that students give professors no less than two weeks’ notice.

According to Michele Ramsey, an associate professor at Pennsylvania State University, Berks, “students should give faculty at least one month to write the letter in a best case scenario.” She adds that “there are certainly situations when a student may find an opportunity right before the deadline and in those cases, I’m happy to oblige the student and put my own work on hold to write the letter.”

But asking for a letter too close to an application deadline can put professors in an awkward position, says Zachary Schaefer, an assistant professor at Southern Illinois University, Edwardsville. In those cases, “the professor can either pull a template letter out of the ‘pile,’ which won’t speak to the specific skills and abilities of this particular student; whip something together that probably won’t be very flattering; or they can just say no.”

David Henderickson, a professor at City University of Seattle, thinks students should not wait until the application process to ask for a letter of recommendation. Instead, he says, “the best time to ask for a letter is after your course or dissertation work is completed.”

2. What is the best way for a student to approach a professor about writing a recommendation?

According to Schaefer, “how a student asks for a recommendation speaks volumes to their character and thought process. It leaves a lasting impression on the professor, and it can be a determining factor as to whether they agree to write the recommendation or not.”

Students should offer to provide as much information up front, Schaefer says. “In the initial conversation or email, students should say something like, ‘I will be happy to provide you with any documents or materials that will help you write a solid letter. Please let me know what you need.’” Professors will be happy you asked and even more likely to write you a good recommendation.

“The best way to ask a professor for a letter of [recommendation] is to do it in person, when possible,” Ramsey says. “If that’s not possible, craft a compelling and persuasive reason as to why [you] would be humbled to have that professor’s letter.”

“Do not act as if it’s assumed the professor will write the letter,” Norton recommends. “Always ask with the understanding that the professor may say no.”

3. What are professors looking for in the students they choose to recommend?

Knowing how you should present yourself to a professor both inside and outside of the classroom will go a long way when deciding which professors you should ask to write your recommendations. Our expert panel weighs in on which students they say professors are more likely to recommend over others.

Norton says it depends on what type of application the letter is for. For graduate school applications, she prefers to write recommendations for “those who have excelled academically and have shown passion for the subject that would enable them to survive the rigors of post-college study.” For jobs and internships, students “who have shown discipline, energy, a willingness to listen to criticism and act on it, and open-mindedness,” Norton says, and are most likely to receive a superb recommendation.

The earlier you begin to practice relationship building with professors, the more successful you will be in obtaining letters of recommendation. “I try to remind students in my classes that they never know who they may need later in life for letters of reference,” says Ramsey. “Even in general education courses, they need to be a student that a faculty member [recalls] as courteous, studious, and responsible.”

Ramsey also reminds students that “email communication becomes part of [a student’s] record with a faculty member. I try to train students from day one that email communication, as well as work they turn in to faculty, communicates something about them.” When it comes time to ask for letters of recommendation, Ramsey says, students with poor past performance might not get the best results.

4. What information do professors need in order to write a stellar recommendation?

Colin Polsky, an associate professor at Clark University, says it’s the students’ job to make the process as easy as possible. “Anticipate every question the writer might have, such as: Why are you applying for this? What makes you qualified? What address do I need to use to transmit the letter?” Answering these questions upfront will make you stand out in the professor’s mind.

“It is also very important to remind the writer of the interactions the student has had with the professor,” says Polsky, especially if “the interactions occurred several semesters ago.”

No matter the type of application the letter will be written for, Norton says students should always provide their professor with a resume.

“It’s the student’s responsibility to give me as much specific information about the audience as possible,” Ramsey says. “Students should do research on the company, the graduate school department, or other organization, as well as its people and preferences.” The next step, she says, is for students to “point the faculty member to the most significant elements of the information.”

For the faculty member writing the recommendation, the best reflection of a student’s ability is his or her performance in the classroom, says Henderickson. “Students should offer coursework and dissertation artifacts to the professor” for a more complete frame of reference.