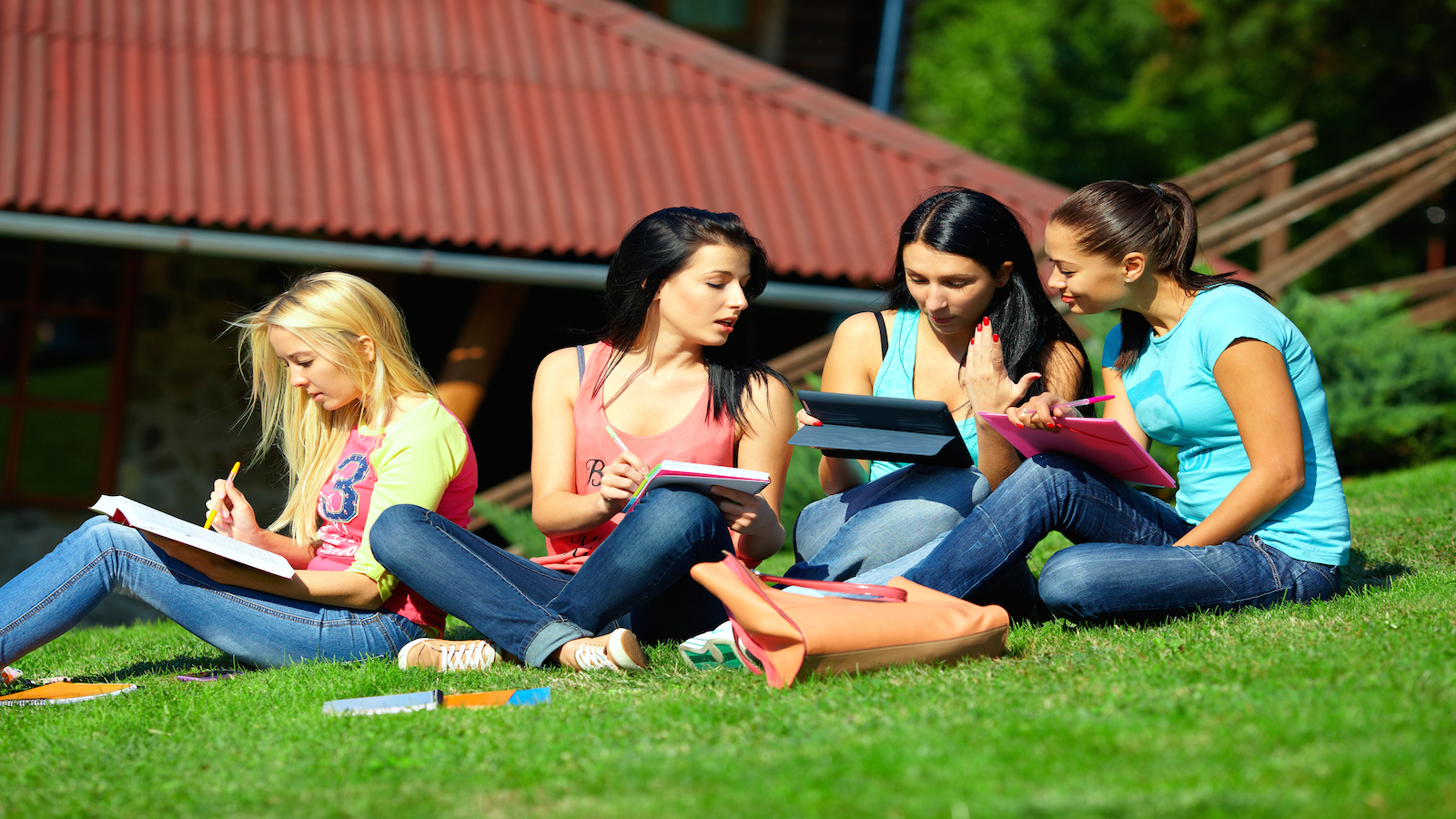 Women have claimed their stake as leaders in a variety of industries over the past few decades, no doubt due to the increasing enrollment rate of female students in colleges and universities. According to a study by the National Science Foundation, women have received roughly 57% of all bachelor’s degrees since the 1990s and, in a 2009 poll, 62% of all associate’s degrees.

With such a high volume of women already exceeding the rigorous demands of higher education, why should young women consider attending an all-female college? For one thing, these singe-sex schools offer a competitive education in line with the changing needs of today’s young women. To lend further insight, NerdScholar tackled this question to bring you the top 5 reasons young women can benefit from attending an all-women college.

For those young women worried that they will have no social lives, fear not: many women’s colleges are in close proximity to co-ed universities. Barnard College, for instance, is located in New York City, right next door to Columbia University. Schools such as Wellesley and Sweet Briar College also offer students the chance to take classes at their co-ed partner institutions.

According to Rachel Hansen, assistant director of enrollment marketing and communications at Converse College, her school offers students the opportunity to take classes at nearby Wofford College. “A student who may be interested in a particular subject area or class that is not offered at Converse is given the opportunity to pursue her interest through this understanding with Wofford college.”

According to the National Science Foundation, roughly the same number of women earn bachelor’s degrees in the sciences as men, yet men account for over 80% of engineering majors. At all-female colleges, young women are leaders in technical fields and are unimpeded by the social pressures of a male-dominated environment.

As Hansen also highlights, “graduates of women’s colleges are twice as likely as female graduates of co-ed institutions to earn a Ph.D., attend medical school, be involved in philanthropic activity and attain higher positions in their careers.”

3. Motivation to become an industry leader.

It could be that the faculty at women’s colleges—often women themselves—compel students to be leaders inside and outside the classroom, or that students are motivated by their female colleagues to excel. Whatever the reason, 20% of Congress is composed of women college graduates; a rather high number, seeing that only 2% of women attend single-sex schools.

“Attending a women’s college provides an environment in which young women feel safe to investigate and share ideas,” says Lois Hicks Williams, vice president for enrollment management at Mary Baldwin College. “Early interaction with faculty allows young women to be bold in classroom discussions and immerse themselves more fully in their academic work. This, along with opportunities both inside and outside of the classroom to develop analytical skills and hold leadership roles,” Williams says, “helps lay the foundation for young women to continue on to advanced study and to excel in their careers.”

Graduates of women’s colleges often have strong ties to their alma maters, given the schools’ small sizes and supportive faculty-student networks. This offers current students the opportunity to network with a large community of influential and independent women.

Lindsey Ringenbach, associate director of admissions at Meredith College, says alumnae of her institution “look out for each other and advocate for one another professionally. They know the kind of women a Meredith [College] education develops: smart, confident, ethical leaders who work hard and know how to make things happen.” She adds that “current students benefit from powerful alumnae networks because of the legacy created through mentorship and community.”

At Converse College, Hansen says, “we are intentional about connecting our classes.” She sites the school’s ‘Big Sis/Lil Sis’ program, which connects freshman students with junior mentors. These friendships, she says, often grow into lifelong bonds that last long after graduation.

5. Students are more likely to excel in extracurricular activities.

Women who attend single-sex colleges are more likely to tackle challenging extracurricular activities and take on several leadership positions—more so than their female counterparts at co-ed schools, according to a study by the Women’s College Coalition.

The study also states that “students at women’s colleges report greater gains in self-understanding, including learning effectively on one’s own and working effectively with others, than women at co-ed institutions.”

Stefanie Niles, vice president of enrollment at Hollins University, notes how “some young women (and their parents) believe that they will not be prepared for real-world professional settings if they complete their education in a single-sex environment. What we find, actually, is that our students feel emboldened in the classroom.” She adds that “their abilities to network and communicate effectively are enhanced by their Hollins experiences, not hampered by the single-sex setting.”

Rachel Hansen is the assistant director of enrollment marketing and communications at Converse College in Spartanburg, South Carolina.

Stefanie Niles is the vice president of enrollment at Hollins University in Roanoke, Virginia.

Lindsey Ringenbach is the associate director of admissions at Meredith College in Raleigh, North Carolina.

Statistics courtesy of the National Science Foundation and the Women’s College Coalition.