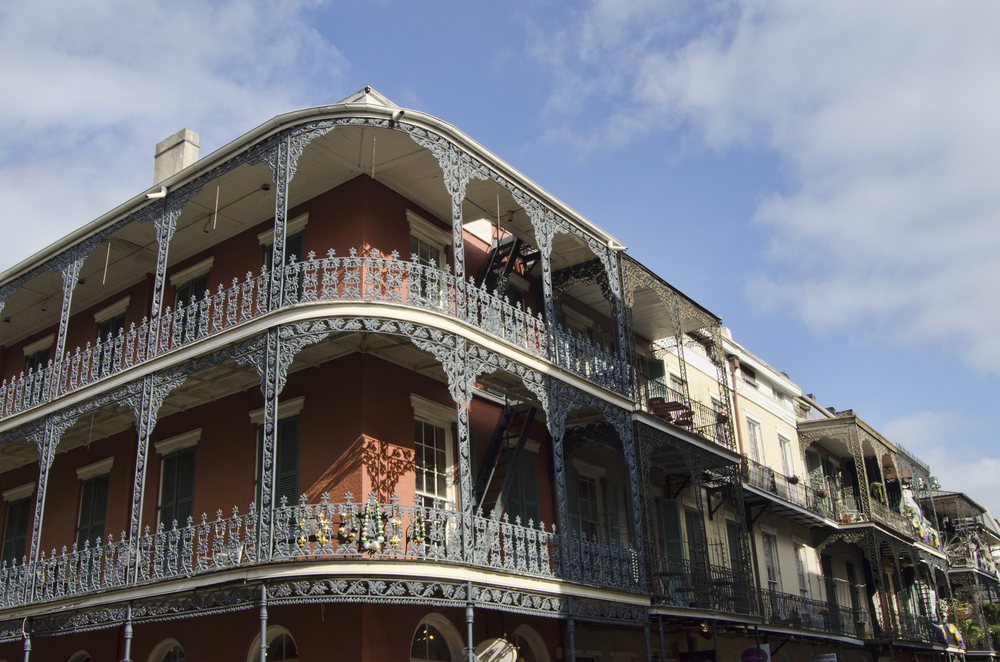 As the birthplace of Louis Armstrong and Truman Capote, New Orleans’ cultural footprint on American society is undeniable. Today, New Orleans is home to a wide-ranging set of colleges and universities as well as a prospering local economy, allowing it to leave an indelible mark on a growing number of undergrads. Here’s a look at why more high school students are heading to the “Big Easy” to earn their degrees.

Although New Orleans may be most famous for its annual Mardi Gras revelry, Louisiana’s largest city also boasts an impressive number of schools. From smaller private colleges to large, research-driven universities, students have plenty of institutions to choose from.

» MORE: How many colleges should I apply to?

“It’s an incredible college town because the entire town is a college,” says Jeff Schiffman, senior associate director of admission at Tulane University. “This pertains to things like research and internships. New Orleans is likely one of the most researchable cities in America, in large part because it is one of the oldest cities in America; in a few years, we will celebrate our 300th birthday. New Orleans becomes your classroom.”

2. Apply what you know outside of the classroom

Regardless of their field of study, students can use New Orleans-based businesses to complement what they’ve learned in the classroom. What’s more, this real-world experience can help students begin to think about what careers they may want to pursue.

“From everything from bioinnovation to entrepreneurship to the film industry, NOLA provides some incredible opportunities to take your learning experience outside of the classroom,” says Schiffman.

“Also on the immediate horizon is the new University Medical Center, a $1.2 billion medical complex which will be the cornerstone of a biomedical district that will deliver high-quality health care, advanced research, and Level 1 trauma care, as well as serve as the medical education center for excellence for health care professions in Louisiana,” adds Tucker.

“New Orleans has a burgeoning tech and entrepreneurial scene that has drawn national attention,” says Adam Norris, director of public relations at the University of New Orleans. “Fields include software development and video game design.”

“With its recent economic renaissance, the city is a dynamic hub for creative and entrepreneurial minds. Loyola University New Orleans is at the forefront of learning-centered experiential education taking full advantage of all aspects of the city,” says Roberta Kaskel, vice president of enrollment management at Loyola.

» MORE: How to choose a college major with loan debt in mind

3. Great ways to get involved in the community

Half the battle of adjusting to your new college schedule is figuring out what to do with your newfound free time. As cathartic as the occasional Netflix binge can be, you’ll eventually want to do something other than clicking “next episode.” In New Orleans, community service can help you escape the college bubble.

“New Orleans is the best place to attend school because of the ability that we will give you to make a difference in your community,” Schiffman says. “Following Hurricane Katrina, we became the first school in America to have a public service component of graduation. Every single one of our seniors will graduate having designed and implemented their own project that takes their major from the classroom and brings it into our community to truly make an impact in people’s lives.”

“New Orleans is a place where you can truly make an impact, and public service is a truly who we are at Tulane,” Schiffman says.

“New Orleans gives college students a unique opportunity to study in a culturally enriched city that celebrates the past while promoting new ideas through such non-profit organizations as the Idea Village,” adds Tammy Barney, director of public relations at Southern University at New Orleans.

Exploring the city’s vibrant past can help college students better understand how present-day New Orleans developed. From spending time in the French Quarter to understanding the emergence of jazz, there’s a lot to see and learn.

“One of the great cities of the world, New Orleans is internationally revered for its food, its music, its festivals, and its diverse people – a rich gumbo that creatively combines the cultural traditions of African Americans, Native Americans, and Old World Europe (Spanish, French, Irish, German, and Italian),” says Tucker.

“New Orleans is living history, which is not lost in the tempo of today, either in its bustling port commerce, its oil industry concentration, its growing center of financial institutions, or its expanding tourist and convention activity,” he adds.

Students can only spend so much time in the library poring over textbooks and problem sets. From cheering for their pro sports teams to enjoying the great outdoors, New Orleanians maintain an excellent work-life balance.

“The social experience is second to none,” says Schiffman. “We have more festivals than we do days of the school year here, so if there is a food you like or a music you listen to, chances are good we’ve got a festival for it. New Orleans also has a parade for everything, and it’s not just the 80+ that go down during Mardi Gras; it’s year round. New Orleans is probably the only city in the USA that can lay claim to its own unique architecture, food, music, language and culture. You’ll never, ever, be bored here.”

“Its expansive parks (Audubon and City Parks) and Lake Pontchartrain are counted among the city’s recreational offerings, while the Audubon Zoo and the Aquarium of the Americas are among the best of their kind,” Tucker says. “New Orleans is home to the 2010 NFL Super Bowl Champion Saints, the NBA’s Pelicans, and the minor league AAA Zephyrs baseball team.”

Like every great city, New Orleans has certain characteristics that aren’t easily categorized, but that nevertheless add to its flavor and overall livability.

“Wherever you go in New Orleans, you can always count on getting lagniappe (lan-yap), an unexpected gift or a little something extra. New Orleans with its architecture, festivals, museums and art galleries, Audubon Zoo, riverboats, streetcars, Mardi Gras, Jazz Fest, and a host of other festivals and historic landmarks, is one of the most unique places to live and learn and one of the few places on the planet where lagniappe is an everyday experience,” Jones says.

What’s more, while students in the Midwest and Northeast bundle up at the end of their fall semesters, New Orleans-based students enjoy mild weather year round.

“It’s a tropical city,” Norris says. “No blizzards, no snow blowers, no thermal underwear. Not ever.”

New Orleans’ colorful history is marked by ground-breaking innovation and invention brought about by hard work and the willingness to push boundaries.

“It’s the birthplace of jazz and where opera was first performed in the United States,” Schiffman says. “It’s where Tennessee Williams and William Faulkner wrote their great works of art.”

However, New Orleanians also know the value of leading an active social life, and as Norris says, “New Orleans is synonymous with a good time.”

With a few months left to send off college applications, high school students should consider adding at least one school based in New Orleans to their list.