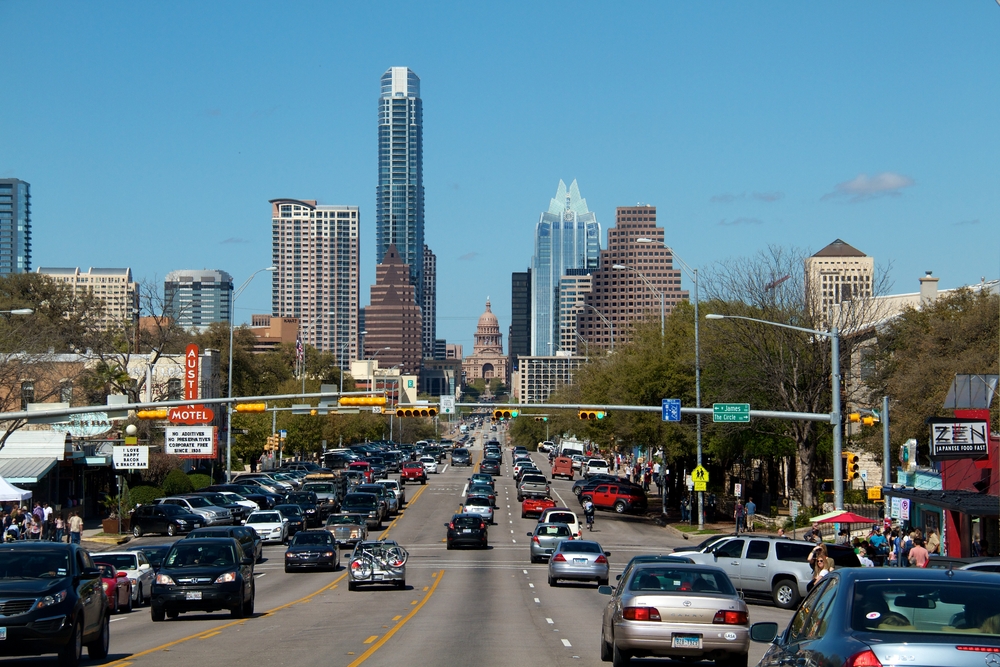 If you ask someone from Austin, Texas, what he or she likes most about the city, be prepared for a lengthy response. Between the city’s pulsating festival scene and its mouthwatering barbecue, Austinites have plenty to rave about. With the college application season hitting high gear, there are a lot of good reasons to consider spending the next four years at one of the schools in Texas’ colorful state capital.

With one of the lowest unemployment rates among major U.S. cities, Austin is an ideal place to be on the job hunt. Prominent companies like Dell and Whole Foods are headquartered in the area, providing recent graduates with a range of job opportunities. Moreover, the state-sponsored Texas Emerging Technology Fund has helped pump over $2 billion into the local tech sector, leading to a proliferation of startups.

“There were more than 7,400 IT-related jobs available in a one-month period this past summer,” says Jessica Vess, senior public information and media coordinator at Austin Community College. “In addition, Austin travel and tourism employment is projected to grow 4.2% in 2014-2015, compared with 2.3% nationwide.”
As the state capital, Austin is “home to national and international companies as well as startups and emerging businesses that provide countless opportunities for college students to gain meaningful internships and a platform for recent graduates to successfully transition into the job market,” adds Dinah Sbelgio Kinard, director of admission partnerships at St. Edward’s University, a private liberal arts college.

» MORE: How to choose a college major with loan debt in mind

Along with several smaller schools like Huston-Tillotson University, Austin is home to two of the nation’s largest universities, which provide students with a breadth of research opportunities.

Due to the presence of the University of Texas at Austin and Texas State University, “Austin’s academic, cultural and economic resources are exceptional,” says Michael Heintze, Ph.D., associate vice president for enrollment management and marketing at Texas State.

The University of Texas at Austin alone offers more than 100 undergraduate majors, which lets students “interact with faculty who are conducting world-renowned research and experiential learning opportunities that are made possible by being part of a tier-one research university,” says Laura Lavergne, spokesperson for UT Austin’s office of admissions.

Live music for everyone

Nicknamed the “Live Music Capital of the World,” Austin plays host to thousands of performing artists each year. Regardless of their taste, students are sure to find something to their liking, either at one of Austin’s massive outdoor festivals or at a show in one of its more intimate venues.
Kinard calls Austin “a veritable cultural playground,” noting its many annual music and film festivals. “Large-scale festival events like South by Southwest and Austin City Limits are known internationally and attract tens of thousands of people to the city each year. Walk around Austin for a few blocks any time of the year, and you are bound to hear music pouring out of a nearby music venue, café, coffee shop, plaza or park.”

From the convoy of food trucks on East Sixth Street to the many barbecue joints scattered around town, you won’t go hungry in Austin. And thrifty undergrads don’t have to break the bank when the waiter brings the check.

“A college student doesn’t need to own a tie or even a dress shirt in order to eat out in Austin, and with the majority of restaurants being highly affordable, students don’t need a lot of pocket change to fill their bellies with healthy and delectable delights,” says Kinard.

With so much good food to be had, students will want to take advantage of Austin’s outdoor activities to stave off the infamous “Freshman 15.”

Kinard says the area is a “paradise” for college students, with 206 parks, 12 preserves, 26 greenbelts, more than 50 miles of trails and many lakes and rivers. “Whether you are looking to play Frisbee golf, run a 5K, go rock climbing or stand-up paddle boarding, cycle the hills and scenic veloways, or just sit on a blanket and read a book under a shady oak tree, Austin has it all,” she says. “Austinites pursue a myriad of paths to wellness that include everything from Pilates and cross-fit to acro-yoga and spinning.”

For many high school seniors, the thought of leaving home is an unsettling one. Fortunately, people familiar with Austin say that the state capital’s local denizens are always happy to welcome newcomers.

“Regardless of your political affiliation, hair color, or style of dress, Austin embraces you and provides you with a sense of place,” says Kinard. “Austin blends cultures and experiences from around the globe and creates a population potpourri that accepts everyone.”

“We’re known for ‘keeping it weird,’ but it’s not a prerequisite, and if there’s a party, you’re invited,” adds Lavergne.

Austin’s culinary delights will fuel you through midterms while its many cultural events will keep you entertained during your free time. Austin, “one of the nation’s most creative and entrepreneurial cities,” as Lavergne says, is a great place to be an undergrad. When considering campuses this fall, take a few minutes to check out the schools in Texas’ state capital region.