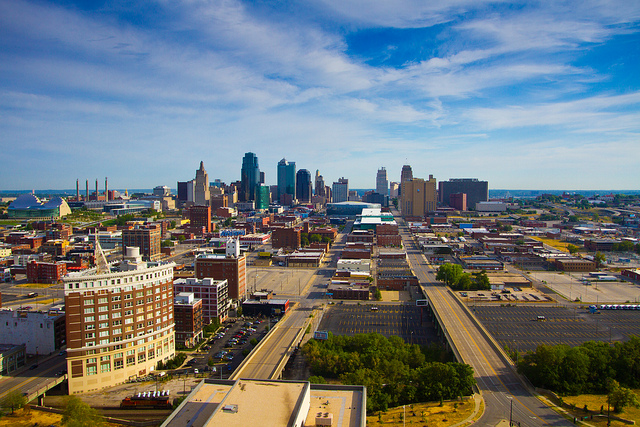 A healthy labor market, affordable homes and a high quality of life make Missouri a great place to call home. The state gained 42,000 jobs from May 2013 to May 2014, and personal income in the state grew 0.6% from 2013’s last quarter to the first quarter of 2014, according to a report from the Bureau of Economic Analysis. Jobs in the professional and scientific sectors saw the biggest increases in income, the report found.

Missouri is an outdoor playground with mountains, lakes, plains and forests ripe for exploring. Fishing, hunting and camping are popular activities throughout the state. For city lovers, St. Louis offers good jobs, great food and lots of activities.

NerdWallet crunched the numbers of the 84 cities in Missouri with more than 10,000 residents to find the best cities for homeownership. Here’s what the best cities had in common:

For more details on our methodology, see the section at the end of this study.

The city northwest of St. Louis is an affordable place with the state’s highest homeownership rate of 98%. Homeowners in Dardenne Prairie spend just 22.7% of their median household income on monthly mortgage and utility costs, according to U.S. Census Bureau data crunched by NerdWallet. Incorporated in 2001, Dardenne Prairie is home to more than 200 local businesses, including 22 retail stores and eight local restaurants.

Wentzville had the state’s highest population increase of 13.8% from 2010 to 2012. Located northwest of St. Louis, Wentzville was recently named in a NerdWallet study as the best place for job seekers in Missouri because of the General Motors assembly plant and insurance claims processing centers located in town. Wentzville is home to the assembly plant for the new Chevrolet Colorado truck and Chevrolet full size van, and to Serco, a company that processes insurance claims for people enrolled in government health plans under the Affordable Care Act.

Homeowners in Raymore spend just 24.9% of their median monthly household income on mortgage and utility bills, making it one of the most affordable places to own a home on our list. The city southeast of Kansas City hosts weekly farmers markets in the summer and year-round community events such as the “Jog With Your Dog” trail run, a dog-friendly fun run that raises money for the Raymore Animal Shelter.

Located in the southwest suburbs of St. Louis, a large portion, 89.3%, of Eureka homes are occupied by owners, rather than renters. The city offers lots of opportunities to have fun in the sun, and it most recently added a pool and fitness center complex called The Timbers of Eureka. The city also has an extensive trail system that links to Route 66 State Park. For amusement park enthusiasts, Eureka is home to Six Flags St. Louis.

About 26 miles north of Eureka, O’Fallon is the largest city on the top 10 list. The city’s population increased 5.7% from 2010 to 2012 to reach 79,073 residents, according to census data. O’Fallon also made the list of best cities for Missouri job seekers with employers including CitiMortgage, the home-lending arm of Citigroup, and MasterCard’s St. Louis Operations Center.

In this census-designated place south of downtown St. Louis on the Mississippi River, homeowners spend just 23.5% of their monthly income on mortgage and utility costs. Nearly 1,000 new residents moved to Oakville from 2010 to 2012, and the median home value, at $214,600, is among the highest on our list.

The city, about 23 miles east of downtown Kansas City, is one of the fastest-growing cities on our list, with a population increase of 9.4% from 2010 to 2012, according to census data. The city brings residents together at summer farmers markets and helps residents help each other with the “Badges for Backpacks” program where people make donations to the police department, who provide backpacks stocked with school supplies for children in need.

With both a high median income and a high homeownership rate, Wildwood is an excellent place for homeowners in Missouri. Wildwood residents had the highest median monthly household income of any community on our list at $10,042, according to census data. The city’s homeownership rate of 90.9% is the second highest on our list, and the median home value of $351,800 is No. 1 on the list. The most common occupations for Wildwood residents are in the fields of management, business, science and art, according to census data.

Crestwood is an affordable city in the southwestern St. Louis suburbs where the median home value is $188,800, and homeowners spend 24.8% of their median household income on monthly mortgage and utility costs. Crestwood residents go to Whitecliff Park for the community pool, summer productions at the theater, outdoor tennis courts and fitness classes.

Just south of Crestwood, Concord is another affordable St. Louis suburb. While it’s technically an unincorporated census-designated place, the homeownership data here is similar to that of Crestwood: homeowners spend 26% of their median monthly household income on mortgage and utilities, and the median home value is $187,400. Most Concord residents work in management, business, sales and office occupations, according to census data.

To see the full ranking of all 84 cities evaluated for the study and download the data, click here.

Only places with 10,000 or more residents were included in the study.