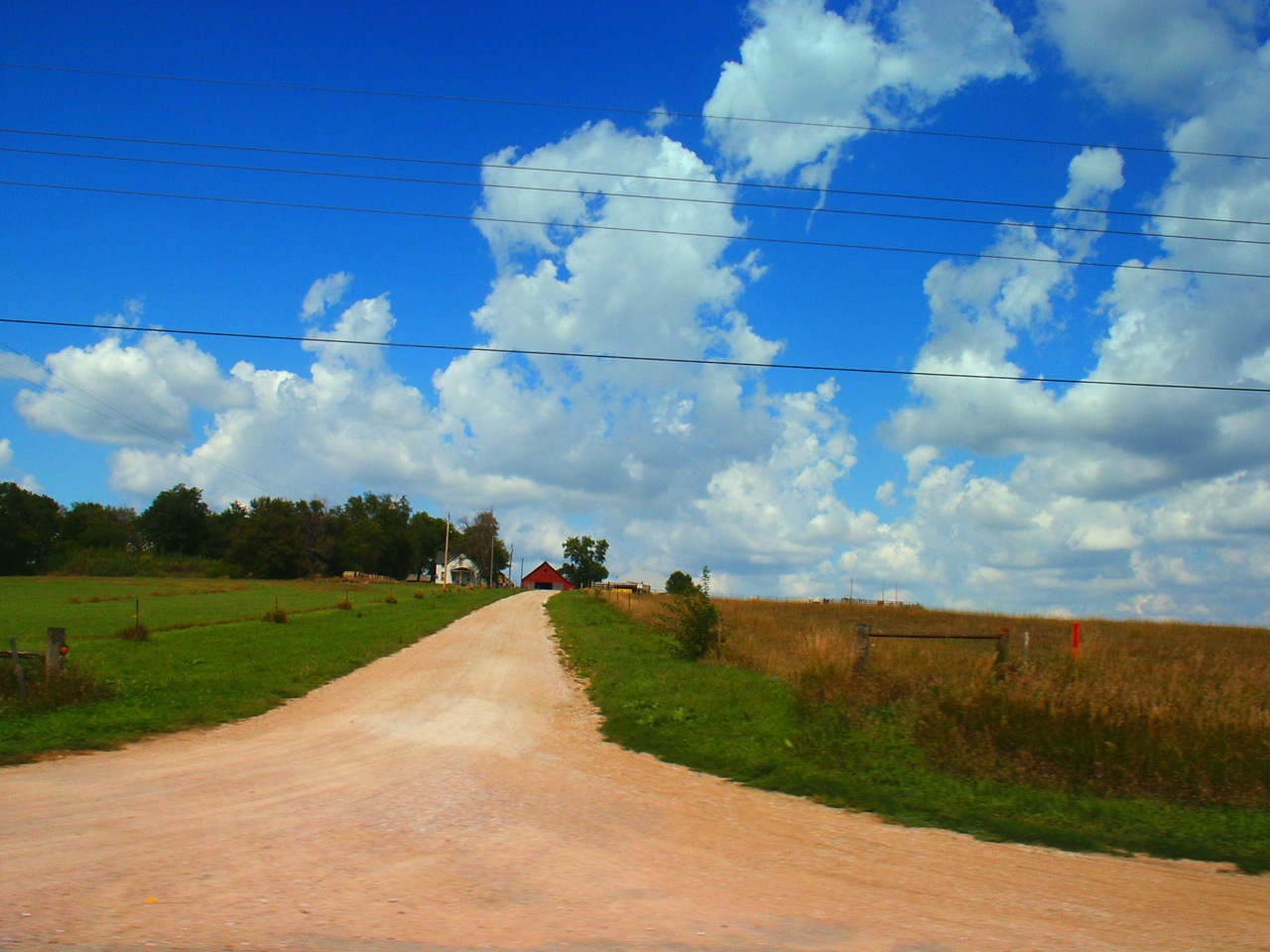 Small agricultural towns topped our list of the best places for homeownership in Nebraska. While the state’s largest and best known city, Omaha, receives most of the headlines (including a NerdWallet mention for being a great place start a business), plenty of Nebraska towns offer affordable housing options for shoppers looking for smaller communities to call home.

Buyers, take note: A recent study by Harvard University’s Joint Center for Housing Studies concluded that 1 in 4 households in the U.S. spend more than 50% of their income on rent, but in our top 10 best places for homeownership in Nebraska, homeownership costs take up an average of just 23.4% of median monthly household income.

The quality of life, clean air and lower cost of living are a few of the benefits that draw homebuyers to Nebraska. If you’re interested in purchasing a home, the state offers many programs that help buyers, including Credits To Own and the Affordable Housing Program.

NerdWallet analyzed all 58 places in Nebraska with more than 2,000 residents to determine which locations have characteristics that are favorable to homebuyers. Our analysis answers three questions:

For more details on our methodology, see the section at the end of this study. For a full ranking of all 58 places and to download the raw data, click here.

Best Cities for Homeownership in Nebraska

Known as Nebraska’s Christmas City for its Christmas light display on the dome of the Kearney County Courthouse, Minden leads our list with affordable monthly homeownership costs that take up 20.3% of median monthly household income, and a 76.6% homeownership rate. The median monthly household income is $4,224, and the median home value is $85,600. Local attractions include the Minden Country Club, the Minden Opera House and the Olympic-size Minden Municipal Swimming Pool. Minden also has active civic groups, including the Minden Optimists, who support youth sports and activities, and musical and theatrical productions by the Minden Community Players. For quick day trips, Fort Kearny State Historical Park and the Pioneer Village museum are nearby.

Ord, on the eastern edge of Nebraska’s Sandhills, offers the charm of a small community. Ord’s homeownership rate is 75.1%, and homeownership costs take up just 23.8% of the median monthly household income. U.S. Census figures estimate that 2,400 people live in Ord, representing an 8.7% uptick from 2010 to 2012, according to data crunched by NerdWallet. Three public school districts and one parochial school educate Ord students, and the University of Nebraska at Kearney is 70 miles south. Ord’s outdoor activities include hunting and fishing, space to play at four city parks and easy access to eight rivers and lakes. The city also has two golf courses. When it comes to shopping, buying local is a click away at Ord Chamber of Commerce’s ShopOrd.com, a marketplace for local products.

Nestled in southeast Nebraska, Geneva’s roots stretch back to 1871, when a vote decided that Geneva would be the Fillmore County seat. The courthouse, completed in 1894, is listed on the national register of historic places. Geneva’s population increased 10.7% from 2010 to 2012, the second-highest percentage on our list. The homeownership rate is 72.2%, and median monthly homeowner costs take up 24.6% of the median monthly household income. Geneva’s Main City Park includes playgrounds, tennis and basketball courts, ball fields, picnic areas, a sand volleyball court and a pool. And for bookworms, the Geneva Public Library offers a summer reading program and also is home to the Fillmore County Genealogy Department. The city’s Rialto II Theatre houses the county’s cinema association and the Geneva Arts Council. On July 3 and 4, the city celebrates Discover Geneva Patriotism, an annual celebration including crafts fairs, live music, parades, an antique car show and games for kids.

Imperial is a proud agricultural community in the state’s southwestern corner, some 24 miles east of Colorado, and about 40 miles north of Kansas. Imperial’s homeownership rate is 80%, the second-highest rate on our top 10 list. The city’s population is estimated at 2,105, according to U.S. Census figures calculated by NerdWallet. Homeowner costs take up 25% of median monthly household income and the median home value is $88,000. Imperial is the home of the Chase County Fair and Expo, a weeklong celebration every August featuring agriculture, live music, food and carnival rides. Year-round entertainment options include the Imperial Theatre and the Municipal Swimming Pool. Water activities are the main event at the nearby Enders Reservoir State Recreation Area, and golfers can perfect their swing at Enders Lake Golf Course or the Imperial Country Club.

Located about 10 miles southwest of Omaha, Gretna’s population shot up by 15.4% from 2010 to 2012, making it the fastest-growing community on our top 10 list. The city has a high homeownership rate of 73.5%, and homeowner costs represent just 22.7% of the median monthly household income. The area also has the highest median monthly household income and median home value on our list at $6,485 and $168,800, respectively. Gretna is home to Vala’s Pumpkin Patch, a favorite family destination each fall. On July 18-20, the Gretna Chamber of Commerce hosts its popular Gretna Days celebration. Nearby attractions include the Strategic Air & Space Museum and the Lee G. Simmons Conservation Park & Wildlife Safari, both in Ashland.

Gothenburg, located in the south-central part of the state, earned a spot in our top 10 for its high homeownership rate of 81.3%. Homeowner costs take up just 23.4% of median monthly household income, and the median home value is $81,900. The city’s population dipped 0.2% during the two-year period from 2010 to 2012, and now stands at 3,567 residents, according to U.S. Census figures analyzed by Nerdwallet. Major employers in town include Land O Lakes Farmland, Monsanto, Frito-Lay and Hoovestol Trucking, according to Gothenburg Community Development. The Wild Horse Golf Club, a course that has been getting national attention, is in Gothenburg. On the northern edge of town, you’ll find the Lake Helen Recreation Area, which features fishing, picnicking and a nine-hole Frisbee golf course.

The city’s motto, “Progress, Pride and Possibilities,” is apparent in this agricultural community in the northeastern part of Nebraska. Madison has a 74.7% homeownership rate, and median monthly homeownership costs take up 23.3% of household income. The city’s population grew 2% from 2010 to 2012. Madison has two parks with playgrounds, picnic areas, ball diamonds, tennis courts and more. Like other rural communities, Madison offers a variety of outdoor activities — from boating to camping, fishing and hunting. About 16 miles away, the Elkhorn Valley Museum & Research Center features a gallery dedicated to the city’s most famous resident: Johnny Carson, the longtime host of “The Tonight Show.” Other attractions within a 90-minute drive of Madison include Ponca State Park, Niobrara State Park and the Ashfall Fossil Beds State Historical Park, where visitors can see fossilized skeletons of ancient rhinoceroses, horses and other animals.

In 2009, the city marked the 130th celebration of Broken Bow, a north-central ranching and farming community in the Nebraska Sandhills. The area’s high homeownership rate of 73.7% earned it a place on our list, even though Broken Bow’s population decreased 0.4% from 2010 to 2012. Broken Bow is Custer County’s largest city and it’s also home to an equine facility which hosts horse shows, 4-H youth events and other activities. In summer months, residents cool off at the city swimming pool. And the Broken Bow Country Club, a public course, offers a nine-hole test for golfers.

Falls City, which was founded in 1857, sits close to Kansas, Missouri and Iowa. Residents here pay 21.3% of their median monthly household income for homeowner costs, and 70.6% of homes in town are owned rather than rented. Bigger cities, such as Omaha and Kansas City, are just over 100 miles away. Locals benefit from city parks, an aquatic center, an arboretum, museums and easy access to the Missouri River. Several higher education institutions are nearby, including Peru State College and Highland Community College, just over the Kansas border. The city is also planning for its future with its recent push forward on its downtown revitalization, a long-term plan to preserve retail and office space, create a public gathering area, address parking issues and improve city streets.

Waverly is about 13 miles northeast of Lincoln, Nebraska’s state capital and second- biggest city. The median monthly household income in Waverly is $5,895, the second-highest on our list. Waverly’s population grew by 6.5% from 2010 to 2012, and the city is preparing for that growth to continue. By 2033, planners estimate that Waverly will need an additional 470 homes and 165 rental units to accommodate the 1,000 or more new residents who will move to town. The homeownership rate is 75.4% and homeownership costs take up 25.2% of median monthly household income. The summer waterpark and winter sledding area at the popular Eugene T. Mahoney State Park is a short drive from Waverly. The city is also close to Lincoln’s Pinnacle Bank Arena, where this summer Rod Stewart and Carlos Santana, James Taylor, Paul McCartney and Katy Perry are scheduled to perform.

All 58 places with a population more than 2,000 were included in this analysis. Offutt Air Force Base wasn’t included, since data was not available for all variables. To see a list of all 58 places, click here.