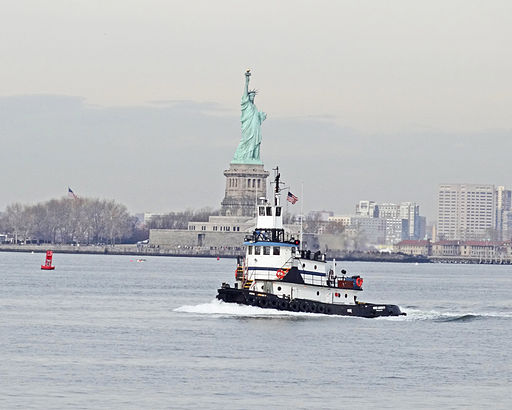 New York’s diverse economic regions offer lots of choices for potential homebuyers in the state: For high-earners in the New York City suburbs, Long Island offers communities where nearly all residents own their homes.  For median-income families in upstate New York, reasonably priced three- and four-bedroom homes offer opportunities for almost everyone to realize their dreams of homeownership. To encourage residents to buy, New York state offers dozens of programs to assist first-time and experienced homebuyers make the jump from renting to owning.

NerdWallet crunched the numbers to find the best places in New York for homeownership. Our analysis answers three main questions:

Our study showed that of the top 20 best places for homeownership in New York, 17 were on Long Island. To provide a more diverse view of homeownership statewide, we grouped together Long Island places by county and highlighted New City, Rotterdam and West Seneca, which were the three non-Long Island cities on our top 20 list.

Located on the western half of Long Island, this New York City suburban community of about 1.3 million is home to nine of NerdWallet’s top 20 cities for homeowners in New York. Our Nassau County picks (listed below) boast a high median income and homeownership rate plus a relatively low percentage of monthly income dedicated to homeownership expenses.

Though the cost of living in Nassau County is high, there’s help for families who want to call this area home. For first-time homebuyers, defined as anyone who has not owned a home in more than three years, local nonprofit Community Housing Innovations offers housing counseling and down-payment/closing cost grant assistance to families with incomes below $95,000 for a family of four in Nassau, Suffolk and Westchester counties.  Another public-private organization, Long Island Housing Partnership, offers down-payment assistance for homebuyers in Nassau County. The Community Development Corporation of Long Island offers free first-time homebuyer seminars, down payment assistance grants and home maintenance classes to help buyers purchase and renovate their homes.

Here’s what people are saying about life in our Nassau County picks:

Latest Homes For Sale Nearby http://t.co/3E2Dup5Yp1

On the eastern half of Long Island, Suffolk County is further removed from the hustle and bustle of New York City but still offers homebuyers lots of help. About 1.5 million people call this region home and of NerdWallet’s top 20 places for homeownership in New York, seven of those places were in Suffolk County (see our list below). Just like in Nassau, our Suffolk County picks have a high median income and homeownership rate and affordable monthly homeownership costs.

For residents looking to join the ranks of homeowners in Suffolk County, there’s lots of help available. Just like in Nassau County, nonprofit organization Community Housing Innovations offers housing counseling and down-payment/closing cost grant assistance to first-time homebuyers with incomes below $95,000 for a family of four. Grants typically average about $25,000 per homeowner for down payment and renovation costs.  The Economic Opportunity Council of Suffolk County offers homebuyer financial counseling and budget help for residents working to meet their homeownership goals. Additionally, the Federal Home Loan Bank of New York runs a “First Home Club,” which gives people who make 80 percent of the area median income (which in Suffolk County was $84,700 in 2012 for a family of four) the opportunity to continuously deposit into a savings account for a minimum of 10 months to save for a down payment. The bank matches $4 for every $1 the homeowner deposits, up to $7,500, that the homebuyer can then use for a down payment.

Here’s what people are saying about life in our Suffolk County picks:

Don’t miss your chance at a $25,000 grant and low-interest financing for first-time homebuyers. Attend Thursday… http://t.co/4OXwDlno8Y

Wishing I was in New York again. Ahhh so beautiful #DixHills pic.twitter.com/OmVldcMbhF

Other Top Places in New York for Homeownership

Just north of New Jersey in the western New York City suburbs of Rockland County, New City is home to nearly 40,000 and offers close proximity to the city but also a small-town feel and a revitalized downtown corridor. The median monthly income in New City is high at $9,864, and residents spend 32.8 percent of their incomes on homeowner costs. For first-time homebuyers who want to call New City home, Rockland County offers loan assistance for first-time homebuyers to help pay a portion of the down payment and/or closing costs. Additionally, the State of New York Mortgage Agency offers help for first-time and experienced homebuyers through low-interest mortgages, down payment assistance and financial counseling. The agency also makes all of its programs for first-time homebuyers, including an incentive program for purchasing newly constructed or newly renovated homes, available to military veterans.

Here’s what people are saying about life in New City:

Located about 20 miles west of the state capital of Albany, homeownership in Rotterdam is more affordable than our picks in the New York City suburbs. The homeownership costs in this community of about 21,000 are much lower at just $1,418 per month, and residents only spend 29.7 percent of their monthly income on those costs. Rotterdam borders Schenectady, which has higher crime rates than most places in New York, but Rotterdam’s crime rates are equal to the state average and below the national average. For prospective homebuyers in Rotterdam, the Affordable Housing Partnership of the Capital Region offers a First Home Club, just like the one available on Long Island, where future homebuyers can earn up to $7,500 in matching funds in savings accounts to use for a down payment on their first home.

This suburb of Buffalo is the most affordable pick in NerdWallet’s top 20 list and has a homeownership rate of 77.5 percent. Homeowners here spend just 27.7 percent of their monthly income on homeownership expenses, which amount to $1,296 per month. West Seneca residents just are a 10-minute drive to jobs in Buffalo and only 15 minutes from the Canadian border. West Seneca offers prospective homebuyers the chance to purchase and renovate older homes with help from low-interest mortgages and supervision from county housing authorities to make sure the repairs are up to code. Buyers interested in West Seneca can also get pre-purchase homeownership counseling at Consumer Credit Counseling Service of Buffalo, which was recently named “business of the year” by the West Seneca Chamber of Commerce.