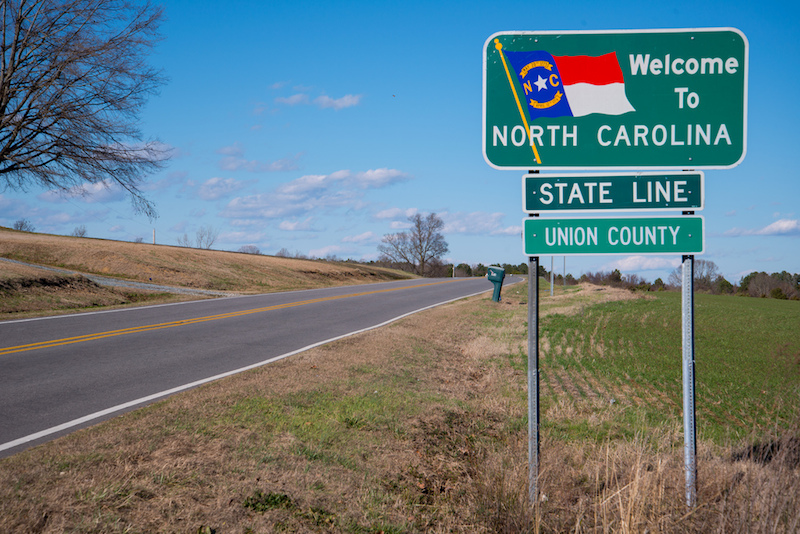 Potential North Carolina homeowners can get help from the North Carolina Housing Finance Agency, which offers the N.C. Home Advantage Mortgage and down payment assistance. To help you out with location, NerdWallet took a look at the 59 North Carolina cities with populations greater than 15,000 to find out which offer the best value for potential homeowners. With an estimated population of 26,865, according to the U.S. Census Bureau, the town of Holly Springs has more than doubled in size since 2000. In this town where homeowner costs are 22.4% of income, 88% of homes are owned rather than rented. The town is home to a manufacturing facility for the pharmaceutical company Novartis and is less than 20 miles from Raleigh, a major city with many employment options. Holly Springs has the third-highest monthly income on our top 10 list at $7,432, and the median home value is $236,700. The town is also filled with rich history — it incorporated in its current form after the Civil War in 1877.

The town with Native American roots sits about 15 miles from Charlotte. Indian Trail celebrated its centennial just seven years ago. Homeowner costs here account for 26.4% of the median monthly household income and 85.8% of homes in Indian Trail are owned rather than rented. The population jumped during the 1990s from 1,942 to 11,905 residents, and has not stopped growing. The U.S. Census Bureau estimated a population of 34,800 for 2012. The town turned its focus to improving the community atmosphere in 2009, by initiating a Parks Master Plan, which would create more parks and recreation opportunities in the town. Crossing Paths Park, the town’s first municipal park, opened in 2011 and features public art, playgrounds and an amphitheater.

Fuquay-Varina has a homeownership rate of 74.6% and monthly homeowner costs here take up 29% of median monthly household income, according to data crunched by NerdWallet. The median home value in this town is $192,700. With a bustling Parks and Recreation department, Fuquay-Varina provides many free opportunities for family fun. The department is responsible for 18 park sites, a youth sports program, senior programs, and summer camps. Residents of Fuquay-Varina have access to six public schools, as well as to Wake Technical Community College, located in the 17 miles between Fuquay-Varina and Raleigh.

This town, which was the original location of Wake Forest University, is considered a growing bedroom community and saw an 11.6% population growth between 2010 and 2012. The homeownership rate is 74.8% and the median household income per month is $6,185. Homeowner costs take up only 28% of that income. Located just 18 miles from Raleigh, Wake Forest’s residents have access to Wake Technical Community College and Southeastern Baptist Theological Seminary, which is one of the town’s largest employers.

Considered a satellite town of nearby Raleigh, Clayton is the smallest of our top 10 towns with a population of 16,078 in 2012. Clayton saw a 9.3% population growth between 2010 and 2012 and has a 65.7% homeownership rate. Despite its size, Clayton is home to pharmaceutical and manufacturing facilities that are major employers for the town, including pharmaceutical companies Grifols Therapeutics and Novo Nordisk. Well-known Caterpillar Inc. has its building and construction products division located in Clayton. The median home value in Clayton is $258,500.

This suburb of Raleigh has one of the larger populations of the towns on NerdWallet’s list with 40,420 residents in 2012, according to the U.S. Census Bureau. The homeownership rate here is 75.2% and 23% of the median monthly household income goes to homeowner costs. Apex also has the second-highest median monthly household income on our top 10 list at $7,450 a month. Like many of these towns, Apex has historic roots. Its restored downtown area is featured on the National Register of Historic Places. The town is also known for its annual Peak Fest, a festival held every May.

Located only 12 miles from Charlotte, Huntersville boasts an estimated population of 49,344, and numerous public and private schools. The homeownership rate here 75.1% and homeowners here spend 24.3% of their monthly income on home costs. The median home value is $247,200 in Huntersville, a town known for hosting the annual Carolina Renaissance Festival every autumn. The NASCAR racing shop Joe Gibbs Racing is headquartered in Huntersville, and the city is home to several current and former NASCAR drivers.

Morrisville is booming: the town saw the largest population growth of any place on our top 10 list, growing by 15% between 2010 and 2012. In Morrisville, 48.8% of homes are owned rather than rented and 27.8% of household income goes to homeowner costs. The median home value is $266,600. A part of the Research Triangle metro region, which encompasses the Raleigh, Durham, and Cary areas, Morrisville had an estimated population of 20,591 in 2012.

Located alongside Lake Norman, Cornelius saw an 8% population increase between 2010 and 2012. The homeownership rate in Cornelius is 71.8% and 25.9% of the median monthly household income is devoted to homeowner costs, according to data crunched by NerdWallet. The median home value is $256,700 in Cornelius. Though it didn’t incorporate until 1905, Cornelius was booming in the industry of cotton in the late 1800s. The town, which had a population of 24,818 in 2012, is now home to 10 public parks and a championship golf course.

A suburb of Charlotte, Mint Hill saw a 4.3% population jump between 2010 and 2012. The town has an 81% homeownership rate, the median monthly income is $5,806, and 27.5% of that income is devoted to homeowner costs. Mint Hill is home to Mint Hill Veterans Memorial Park and Wilgrove Park, as well as a nationally recognized youth football program.

Only cities and towns with more than 15,000 residents were evaluated for this study.