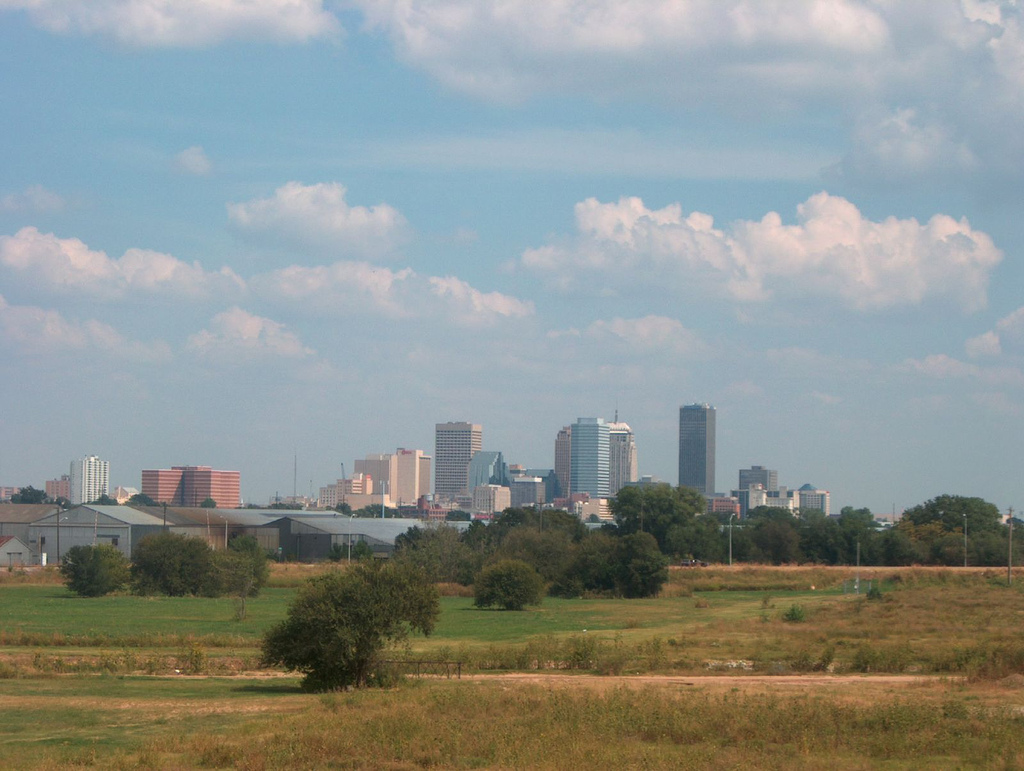 Potential homebuyers in Oklahoma have a lot to be optimistic about: Employment in the two largest regions of “The Sooner State,” Oklahoma County and Tulsa County, increased from June 2012 to June 2013, according to the Bureau of Labor Statistics.

Employment in these two counties accounts for half of the state’s total employment, so it’s no surprise that many suburbs surrounding Tulsa and Oklahoma City are growing rapidly, some by nearly 10% a year, according to U.S. Census data analyzed by NerdWallet.

NerdWallet crunched the numbers for Oklahoma cities with more than 5,000 residents to find the best cities for homeownership in the state. Here’s what the best cities had in common:

Looking at the current growth and opportunity in Oklahoma, it seems like the perfect time to buy a house in the state. For those who qualify, there are loan programs such as the Oklahoma Housing Finance Agency (OHFA) and the OHFA Advantage program, which offers state bond money to those who meet economic requirements.

Our analysis to find the best cities in Oklahoma for homeownership answers three questions:

3. Is the area growing? We measured population growth to ensure the area is attracting new residents and showing signs of solid growth. This is likely a signal of a robust local economy, which is another attractive characteristic for homebuyers.

For a full ranking of all 74 cities analyzed for this study and to download the raw data, click here.

Topping our list is one of the fastest growing communities in Oklahoma. Piedmont’s population grew by 8.8% from 2010 to 2012 according to data crunched by NerdWallet. Located about 22 miles northwest of Oklahoma City, Piedmont offers the advantages of living near a major metropolis, but the charms of small-town life, such as the Piedmont Founders Day celebration.

Jenks is just 12 miles south of Tulsa, Oklahoma’s other large metro area.  This city has an 81.6% homeownership rate, and homeowner costs take up 22.9% of the median household income. Jenks — located along the Arkansas River — is home to the Oklahoma Aquarium, featuring the largest bull sharks in captivity, and the RiverWalk, which offers live entertainment, dining and shopping. Residents can shop for fresh produce every Saturday at the Jenks Farmers Market.

Head to the northeast suburbs of Tulsa, 14 miles from the city center, and you will hit Owasso, where 70.3% of all the homes in town are owned rather than rented, and monthly homeowner costs represent just 25.1% of median household income. Residents here take advantage of outdoor activities like golf at the Bailey Ranch Golf Club or skateboarding at the Owasso Skate Park.

Newcastle is almost 20 miles south from Oklahoma City. The city, which is part of the greater Oklahoma City metropolitan area, features one of the highest homeownership rates on our list at 82.9%. The monthly median household income is $6,030, and the median monthly homeowner cost is $1,366. Newcastle’s Veterans Park serves as the meet-up spot for the Newcastle Antique Tractor Club.

Though only 24.8 square miles, the city of Bixby, in the Tulsa suburbs, has a population that has grown 8% from 2010 to 2012. When residents need a break after play and exercise, they head to food and entertainment events like the BBQ’n Blues Festival and the Green Corn Festival. Bixby straddles both Tulsa and Wagoner counties and features the highest median home value on our list at $185,700.

Glenpool, a suburb of Tulsa, was at one time referred to as the world’s largest oil field when the area was home to many oil field workers at the beginning of the 20th century. These days, the city has a 75.3% homeownership rate, and median monthly homeowner costs are $1,143 a month, the lowest on our list. Every year, Glenpool residents celebrate their oil-rich heritage at the annual Black Gold Days Festival, a four-day celebration with live entertainment, including frog and turtle races and a parade, plus a pancake breakfast.

Mustang is part of the greater Oklahoma City metro area. The city has a 73.8% homeownership rate, and monthly homeowner costs take 22% of the median monthly household income. Mustang is also home to 15 parks and the Pebble Creek Golf Course.

Blanchard features the second-highest level of homeownership on our list with a rate of 85.4%. Monthly homeowner costs take up 25.8% of the median household income of $5,466. Opportunities for employment include the nearby state capital of Oklahoma City, and also the University of Oklahoma, about 15 miles away in Norman. Blanchard is home to several festivals, including the St. Patrick’s Day parade and a Christmas parade.

Choctaw has an 82.2% homeownership rate, and homeowner costs here represent 25.6% of the median monthly household income. The city, about 15 miles east of Oklahoma City, is home to Choctaw Creek Park , where you’ll find walking trails, paths to ride your horse and fishing pond. Choctaw residents enjoy festivals throughout the year, including the Land Run historical festival, a Fishing Derby and a nine-day Oktoberfest with German food, beer, wine and dancing.

The growing suburb of Broken Arrow is on the southeast side of the Tulsa metro area. Residents in the community — with a median household monthly income of $5,368 — pay median monthly homeowner costs of $1,332. Broken Arrow offers many opportunities for activity, including 38 parks, swimming pools and annual events like the fun run at Rooster Days Festival, the state’s longest-running festival. The farmers market is open Saturday mornings from April through October, and boasts of “Oklahoma-grown and Oklahoma-made” goods.

To see the full ranking of all Oklahoma cities with more than 5,000 residents, click here.

Only Oklahoma places with 5,000 or more residents were included in the study. Cities recovering from disasters were excluded from the top 20 list.