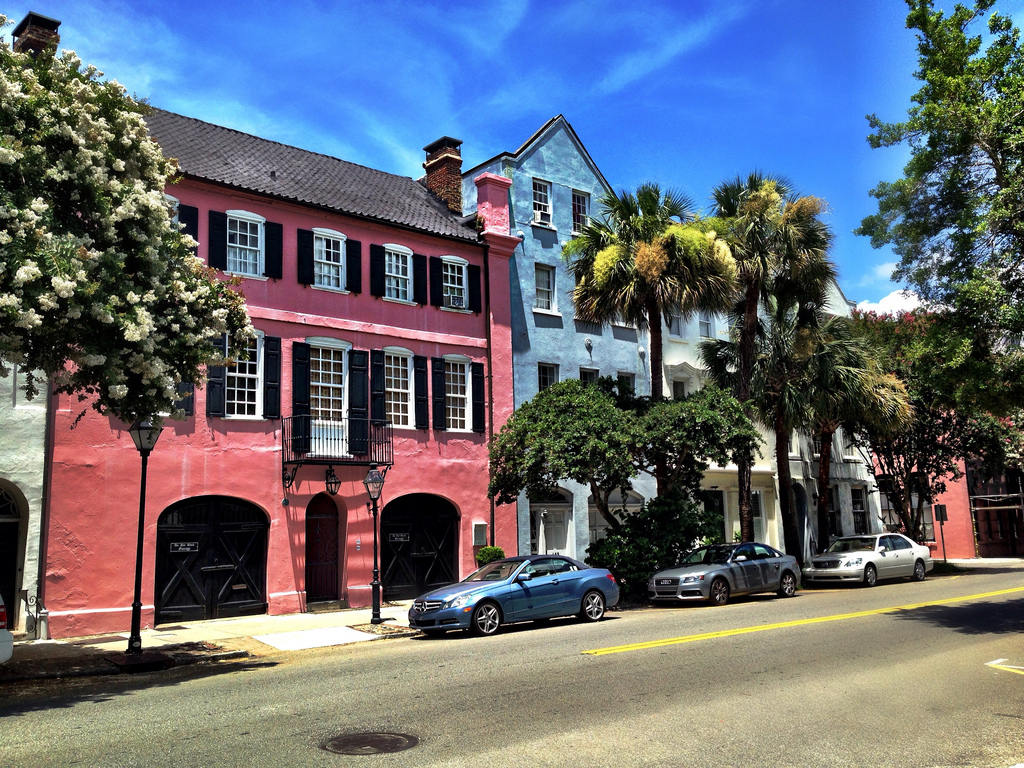 Homebuyers have been flocking to the Palmetto State in record numbers in recent years: its population increased by more than 15% between 2000 and 2010, making it one of the fastest-growing states in the country, according to the U.S. Census Bureau. The attraction is easy to understand: residents enjoy a wide variety of employers to work for, quality schools, universities and recreational activities, as well as a plethora of affordable homes, making the state an ideal place to settle down. NerdWallet analyzed all 51 places in South Carolina with more than 10,000 residents to determine which have characteristics that are favorable to homebuyers. Our analysis answers three main questions:

Five Forks is a fast-growing, affordable suburb of Greenville in the northwest part of the state, with a population growth of 8.9% between 2010 and 2012. The homeownership rate here is 92.5% and the area has a median home value of $249,700. Homeowners here spent just 18.4% of their median monthly household income on homeowner costs, the lowest percentage on our list. Five Forks is part of the Greenville-Mauldin-Easley metropolitan area, which offers many cultural and educational opportunities. Greenville is known for its performing arts centers and museums. Chief among them is the Greenville County Museum of Art, which is counted among the country’s premier American Art museums and draws visitors from around the world to see the work of artists such as Jasper Johns and Andrew Wyeth.

In Bluffton, 78.6% of homes are owned rather than rented, and homeowners spend only 33.8% of their monthly household income on homeowner costs. The median home value is $229,900. Bluffton, which is located on the Atlantic Coast near Hilton Head Island, is defined by the May River and known for its year-round boating and fishing. The area is steeped in history, and the Old Town section is listed on the National Register of Historic Places. Bluffton is a popular destination: at 13.4%, it has the highest population growth of any city on our top 10 list. The local schools have also earned praise. Bluffton is part of Beaufort County, which was named one of the 100 best communities for young people by America’s Promise Alliance.

Socastee is an unincorporated area of Horry County located next to Myrtle Beach with a population of nearly 30,000. Residents spend 35.5% of their income on homeowner expenditures, which is the highest percentage on our top 10. The median home price is $151,400. Though the homeownership rate here is lower than other areas on our list at 63.8%, the area is very popular with a population growth of 13% between 2010 and 2012. The origin of the word “Socastee” dates to 1711, and the area is steeped in history. The Socastee Historic District was added to the National Register of Historic Places in 2002. During its long history, the area was known for its lumber and turpentine industries. Recently, tourism has come to dominate Socastee and the towns near popular Myrtle Beach.

In Lexington, 62.4% of homes are owned rather than rented, and monthly homeownership costs are just 27.5% of median household income. The median home value of $169,200 is also enticing to buyers. The area has been expanding, with population growth of 9.1% between 2010 and 2012. Lexington is near Columbia – South Carolina’s largest city and the state capital – and has been the county seat since 1820. Many Lexington residents commute to the Columbia area, which has a diversified economy with big employers in the health care, advanced manufacturing and insurance information and technology sectors.

If you are in the market to buy a new home, Irmo is a great place to look. Homeownership costs here take up only 24.7% of the monthly median household income, the second-lowest of any city on our top 10. Median home values here are also affordable at $128,700. Irmo’s population grew by 1.2% between 2010 and 2012. The city is the second area on our list that is near Columbia, located between the state capital and the shores of big Lake Murray, a major recreation destination in central South Carolina. Irmo schools have won praise: The district has again received an A rating under the current federal accountability system. District 5 is the only district in that part of the state (known as the Midlands) with an A rating.

Another affordable area on our list, Fort Mill is a great place to settle down and purchase a home. Since the monthly cost of being a homeowner here is only 25.4% of median household income, it is clear why 67% of the homes here are owned rather than rented. Fort Mill rests along the I-77 corridor in the northernmost part of South Carolina. The city’s proximity to the Charlotte, N.C., metropolitan area offers many educational, recreational and employment opportunities. Many Fort Mill residents commute to Charlotte, which is the nation’s second largest financial center and home to a wide range of Fortune 500 companies including Bank of America, Lowe’s and Duke Energy. Fort Mill is also near Lake Wylie and its 325 miles of shoreline, which is ideal for boating, fishing, water skiing and sailing.

Mauldin, located about 10 miles southeast of Greenville, is an affordable area with homeownership costs taking up just 27.8% of median household income. The homeownership rate in Mauldin is 69.6%, and the area has a median home value of $147,800. The city saw its population rise 5.4% between 2010 and 2012. Mauldin residents work for a variety of firms in the region, including Coca-Cola Bottling, MetLife, Verizon, Samsung Networks America and Lockheed Martin.

Nestled between Charleston to the south and the Francis Marion National Forest to the northeast, Goose Creek offers low homeowner costs that take up just 26.9% of median monthly household income. Here, 68.6% of homes are owned rather than rented, and the median home value is $168,600. Naval Weapons Station Charleston occupies parts of Goose Creek and neighboring Hanahan. The base encompasses more than 17,000 acres, with 10,000 acres of forest and wetlands, and the base employs more than 11,000 workers in the military/civil service/contractor fields. Goose Creek is in the southern end of Berkeley County, the largest in the state when both land and water areas are counted.

Simpsonville grew by 4.5% between 2010 and 2012, and offers good jobs and affordable homes. The median home value in Simpsonville is $138,600, and homeowners here spend 29.4% of their income on monthly homeowner costs. Located near Greenville, Simpsonville is part of the “Golden Strip,” along with Mauldin and Fountain Inn, which is known for having low unemployment due to a diversity of industries. These include Para-Chem, which manufactures and services custom formulated specialty coatings, emulsion polymers and adhesives; Kemet, a leading maker of capacitors; and Milliken, which makes a variety of industrial products and specialty chemicals.

Oak Grove, a western suburb of the state capital of Columbia, has a 70.8% homeownership rate. Local homeowners spend just 28.1% of their income on costs to maintain their homes, which have a median value of $128,000. Oak Grove’s population grew 2.3% between 2010 and 2012. Oak Grove is located near the Riverbanks Zoo and Garden, a lush, 170-acre site featuring more than 2,000 animals and an impressive botanical gardens. The zoo and garden offers scenic river views and historic landmarks.

51 cities, towns and census-designated places in South Carolina with populations greater than 10,000 were included in this analysis. Cities with higher than average crime rates were excluded.