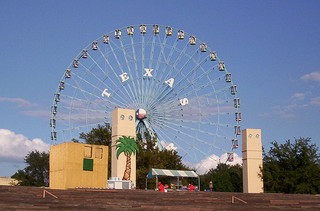 Everything’s getting even bigger in Texas: the state added 387,397 people between June 2012 and June 2013, more than any other state in the country during that period. Many suburbs surrounding the major cities of Dallas-Fort Worth, Austin and San Antonio continue to grow at rates of more than 10 percent per year, according to U.S. Census data crunched by NerdWallet. To incentivize new residents to buy homes, the Texas State Affordable Housing Corporation, a 501(c)(3) non-profit group created by the state legislature, offers down payment assistance and homebuyer education classes to encourage families to invest. They also offer specific programs tailored to help local “heroes”, including teachers, firefighters, veterans and nurses, finance homes. Dozens of county and local organizations offer similar services across the state.

NerdWallet crunched the numbers to find the best cities in Texas for homeownership. Our analysis answers three main questions:

2. Can you afford to live there? We looked at median household income and monthly homeowner costs to assess whether residents could live comfortably in the area. We used monthly homeowner costs to measure cost of living. Areas with high median incomes and a low cost of living scored higher. Thinking of buying a home yourself? Check out our mortgage tool to find the best rate.

In the northern suburbs of Dallas sits Little Elm, where nearly 83 percent of all the homes in town are owned rather than rented and monthly homeowner costs represent just 24.3 percent of median household income, according to the U.S. Census Bureau. The city is booming- its population grew by 16.7 percent between 2010-2012, the fastest rate of any city on our list. Residents here are about 35 miles from downtown Dallas and have access to job opportunities all over the metro region or in town at local companies including Vanish Point, which manufactures safe needles for medical professionals. For fun in the sun, residents can head to Little Elm Park to relax on Lake Lewisville.

Just off I-35 and 20 miles south of Austin, Kyle boasts an 81 percent homeownership rate and monthly homeownership costs that only take up 23 percent of median household income, according to data crunched by NerdWallet. Kyle, just like Little Elm, is growing rapidly. The population grew by 16 percent between 2010-2012, boosting the population to five times larger than it was in 2000. For first-time homebuyers, the Capital Area Housing Finance Corporation offers down payment assistance and helps new homeowners learn about tax credits available to them. New retail stores, restaurants and health care facilities anchor the community, providing lots of economic opportunity in the area, and its close proximity to Austin offers residents access to jobs in state government.

On the map, Leander is the mirror image of Kyle, sitting about 20 miles north of Austin. And just like Kyle and Little Elm, the population here is skyrocketing: the community grew by 15 percent between 2010 and 2012, after ballooning three and a half times between 2000 to 2010, according to U.S. Census data. Leander has a 77 percent homeownership rate, and homeowner costs here represent 26.7 percent of the median monthly household income, slightly higher than Kyle and Little Elm. In response to the growing demand for housing, more planned communities are sprouting up in and around Leander, including a recently-announced 1,250 home development near the Capital Metro Rail train station. These homes are part of an estimated 15,000 homes expected to be built in Leander. The city straddles both Travis and Williamson counties, and each county offers assistance to first-time homebuyers within certain income requirements.

Just east of Little Elm, this large north Dallas suburb is a destination for soccer teams, future baseball stars and homeowners. The city has a 77.5 percent homeownership rate, and monthly homeowner costs make up 24.5 percent of the median monthly household income. Like Leander, Frisco is seeing multiple new housing developments sprout up around the city. The Frisco Independent School District is also planning to build new schools to accommodate the growth — it will likely introduce a bond referendum in May to build new schools. Residents here commute to work in nearby Dallas but also work locally for companies including AmerisourceBergen, a pharmaceutical services company, and Oracle Software.

Schertz, one of San Antonio’s largest suburbs, is a rapidly growing community with a 12.4 percent population increase from 2010-2012, and it has a high homeownership rate at 78.2 percent. The monthly median household income of $6,090 is lower than Frisco or Little Elm, but so are monthly homeowner costs at $1,464 per month. With Schertz’s close proximity to San Antonio, New Braunfels and San Marcos, there are ample job opportunities with local distribution companies including the new Amazon distribution center in town and the central lab and distribution center for VisionWorks eyecare.  Schools here are good, too: The district received a 7 out of 10 ranking from GreatSchools.org based on their standardized test scores.

Just south of Leander in the north Austin suburbs, Cedar Park has a 71.3 percent rate of homeownership and homeowner costs make up 27.8 percent of the median household income, slightly more than in our other top Texas cities for homeownership. Like our other picks, the city is exploding: The U.S. Census Bureau recently ranked Cedar Park the fourth-fastest growing city in the nation. Potential home buyers here can get help with down payments and mortgage credits from the Capital Area Housing Finance Corporation, which helps homebuyers in the Austin region.  Cedar Park is part of the “Silicon Hills” region of Texas, a name signifying that the Austin area is competing with northern California’s Silicon Valley for high-tech dominance. Major employers here offer jobs in specialized manufacturing and design.

Wylie has the highest homeownership rate in our top 10 list at 86.6 percent. Located in the north Dallas suburbs, Wylie homeowners spend 25.4 percent of their median monthly income on homeowner costs, leaving the rest for all the activities Wylie has to offer, including golf and soccer or short-distance day trips to the arboretum or science museums in Dallas. For potential homebuyers who live in the portion of Wylie located in Dallas County, the Dallas Department of Health and Human Services offers a Home Loan Counseling program that includes homebuyer education classes and down payment assistance programs.

Back in the north Austin suburbs, Pflugerville has a 77.2 percent homeownership rate and offers a closer proximity to downtown Austin (17 miles) than our other Austin-area picks of Cedar Park and Leander. Pflugerville, like all the other cities on our top 10 list, is rapidly growing. The city straddles both Travis and Williamson counties, and each county offers assistance to first-time homebuyers who meet certain income requirements. For fun, Pflugerville offers many “pfests” throughout the year to bring residents together, including the Spring Pfling, the July 4th Pfirecracker Pfestival and the Deutschen Pfest, which celebrates the city’s German founders.

Located south of Fort Worth in the Dallas-Fort Worth metroplex, Mansfield has an 80.1 percent homeownership rate, and monthly homeowner costs make up 24.6 percent of the median household income of $7,684. For locals looking to join the ranks of homeowners in Mansfield, the non-profit Tarrant County Housing Partnership offers down payment financial assistance, homebuyer counseling and specialized help for veterans looking to buy homes. Senior homeowners in Mansfield can participate in daily lunches and recreation activities including exercise classes, bridge, and dancing lessons.

Only cities with a population of 25,000 or higher were included.