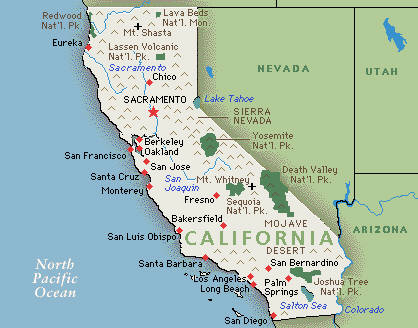 Even as the nation climbs out of the Great Recession, California still has one of the nation’s highest unemployment rates. But a closer look reveals pockets of thriving job growth, generally surrounding the state’s major metro areas. So where can California job seekers find their future? Here’s how we decided on our top 10 picks:

The Best Cities in California for Job Seekers

Located 34 miles east from the heart of San Francisco, San Ramon boasts low crime rates, an educated workforce and the state’s second-lowest unemployment rate—just 3% of its residents were out of work in our data. More than half of adults have bachelor’s degrees, and the median household income ($124,014) was the eighth-highest in the state. And the city’s boundaries are expanding, as it has been annexing surrounding communities since 1994 as part of a deal with Contra Costa County. San Ramon is home to corporate offices for Chevron and AT&T and sits within 25 miles of nearly every university in the East Bay, including the renowned University of California, Berkeley. There are plenty of activities for the weekends—residents can golf at one of the city’s seven courses as well as hike in Mt. Diablo State Park. Kids can enjoy the city’s Central Park, which offers 35 acres of open fields and awesome jungle gyms.

There is a lot more to this town than its prison, which was made famous by the Johnny Cash song “Folsom Prison Blues.” Folsom, located some 25 miles east of Sacramento, has a low unemployment rate (4%) and one of the lowest monthly homeowner costs ($2,608) among our top 10. Folsom saw modest population growth of 6.9% between 2009 and 2012, and it is the home of the research and development headquarters for Intel, which employs about 7,000 local workers. Kikkoman Foods, Jadoo Power and Verizon also have offices in the city. The former gold-rush town offers museums, trails and boating on nearby Folsom Lake. It’s also set to host a stage of the 2014 Amgen Tour of California, an eight-day bike race across the state.

There’s no separating Cupertino from Apple. The tech giant is headquartered in this Bay Area city, which has some of the highest incomes and expenses in the state. But for people with the right skills, Cupertino can be paradise. More than 75% of residents work in the scientific, business or management industries, according to the U.S. Census Bureau. Cupertino just approved a new 2.8-million-square-foot campus for Apple, and the company estimates that by 2016, about 23,000 of its employees will work in Cupertino. Other large employers include Verigy, Durect and Seagate. The local De Anza College offers workforce training and transfer credits for students who enroll in the California State University system.

Is there a city that better exemplifies the greatness of Silicon Valley? The weather is perfect, the people are beautiful and all the kids are above average. There is a lot to love about Palo Alto. It had the 10th-lowest unemployment rate in the state, according to our data, at just 3.6%. Palo Alto is California’s most-educated city, with 79.7% of residents holding a bachelor’s degree or higher. Just like Cupertino, the monthly homeowner expenses ($3,986) are high, but so is the median household income ($122,532). Along with hundreds of start-up companies, the city’s largest employers include Hewlett Packard, Stanford University and its medical center, Lucile Packard Children’s Hospital and VMWare. Palo Alto is expensive, but with the right job, life can be pretty great here. And for aspiring entrepreneurs, Stanford has a tech incubator that gives members access to world-class mentors.

This city lives up to its name. With a cute downtown, two BART commuter train stations and job opportunities at the city’s largest employers Kaiser Permanente and Oracle, Pleasanton is a friendly city located right next to our top-rated city for job seekers, San Ramon. Pleasanton’s low unemployment rate (3.7%) and comparatively lower cost of living makes it a great choice for job seekers. Its growth rate is lower than some of our other cities (a 5.8% increase in the working-age population from 2009), but the unemployment rate has continued to decline from 2009, according to the California Employment Development Department. It is also home to University of San Francisco-Pleasanton, which is geared toward working adults looking to upgrade their education.

This suburb of Sacramento has seen a large influx of workers—a 12.5% increase in the working-age population, according to our data—and it’s easy to see why when you look at the top employers in town. Apple and Kaiser Permanente both had close to 2,000 Elk Grove residents on their payroll in 2012, according to the city’s annual financial report. The city has the highest unemployment rate (7.2%) among our top cities for job seekers, but it also has the lowest monthly homeowner expenses ($2,293). Elk Grove is also encouraging businesses to take over industrial spaces in the city limits by waiving some permit requirements and making it easier for businesses to change locations.

For job seekers in sunny southern California, look no further than Carlsbad. The city is home to  biotech and leisure companies, such as Life Technologies and Callaway Golf. The income-to-expenses ratio is a little pricier than some of our other picks, but its unemployment rate (currently at 4.9%) has dropped each year since 2010, according to the California Employment Development Department. Plus, the city is close enough to San Diego (about 35 miles) to commute but far enough away to have its own identity. California State University-San Marcos anchors the community, offering leadership training for government and nonprofit professionals in San Diego County. On the weekends, head out to South Carlsbad State Beach to surf, hike or just soak up the sun.

Located about 12 miles from our runner-up, Folsom, this outer suburb of Sacramento is home to more than 600 employees of tech giant Oracle and over 500 employees of United Natural Foods, an organic foods distributor. Rocklin is on the smaller side, with just 58,295 people living within the city limits, but its working-age population grew 8.6 percent from 2009. Rocklin has many historical sites from frontier days and a number of large parks with elaborate playgrounds. Plus, at 5.3% unemployment, Rocklin hosts far more jobs than its other Placer County neighbors.

Located about 10 miles inland from Laguna Beach in Orange County, Lake Forest is home to high-end sunglasses company Oakley, which employs 2,400 people in this laid-back community. The median household income ($94,632) is high compared to the average monthly homeowner costs ($2,584), meaning that more of your hard-earned money can stay in your pocket. Job seekers can also find work here at Panasonic Avionics, which builds in-flight entertainment systems. On the weekends, residents can make the drive out to the Pacific coast or stay local and hike around Whiting Ranch Wilderness Park, a 2,500-acre landscape of canyons, sagebrush and cliffs. And you can do it all knowing you’re in the state’s 15th-safest city, according to Safewise, a home security provider.

In the fourth-largest city in the Bay Area, it is all about diversity. Fremont’s largest employers range from Washington Hospital to Tesla Motors, with Seagate Magnetics and Boston Scientific/Target Therapeutics in between. The city is growing—it was recently named the nation’s best market for home sellers by Movato Real Estate because Fremont homes only stay on the market an average of 25 days before bidders scoop them up. The city is also preparing to open a new BART station in 2015, which will anchor a new business hub that leaders anticipate will bring 20,000 new jobs by 2040. Ohlone College will likely train some of those workers, as it offers traditional degrees, job placement, training and workforce development for the East Bay. Fremont also has a high median income in relation to the average monthly homeowner expenses, so residents can spend their money enjoying the city’s more than 300 restaurants, with cuisines ranging from Afghan Kabuli pulao to French crème brûlée.

4. Unemployment rate from the Bureau of Labor Statistics (2013)