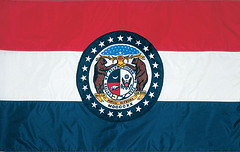 Job seekers in Missouri have a lot to be optimistic about: the state unemployment rate has steadily dropped since 2010 and the state continues to add jobs, according to the U.S. Bureau of Labor Statistics.  Auto manufacturers and green energy companies are bringing more jobs to the state, and Moody’s Analytics predicts the state will add 35,936 jobs in 2014. NerdWallet crunched the numbers to find the best cities for Missouri job seekers.

1.     Is the city growing? We assessed growth in the working-age population, ages 16 and older, from 2009 to 2012 to ensure that the city was attracting workers and exhibiting a trend of upward population growth.

2.     Can you afford to live in the city comfortably? We looked at the city’s median household income to see if workers make a good living. We also analyzed the monthly homeowner costs, including mortgage payments, to see if the city had a reasonable cost of living.

3.     Are most people employed? We looked at the most recent unemployment rate.

What makes these cities great? Let us know in the comments below.

For job seekers in central Missouri, look no further than Wentzville. Home to the General Motors assembly plant for the new Chevrolet Colorado truck and Chevrolet full size van, the city has the lowest unemployment rate of our top 10 Missouri cities at just 3.9 percent. This city is booming- the working-age population grew by nearly 33 percent between 2009 and 2012, according to U.S. Census data crunched by NerdWallet. And with a $133 million investment from General Motors last year, the growth will likely continue. Serco, a company that processes insurance claims for people enrolled in government health plans under the Affordable Care Act, began adding hundreds of jobs to the community in September. Other employers in town include Crider Health Center and RK Stratman Company Inc., which screen-prints licensed Harley-Davidson motorcycle memorabilia. Wentzville job seekers can get help with resumes, job interviews and career counseling at the St. Charles County Department of Workforce Development in nearby St. Peters, which is about 15 miles east towards St. Louis.

Located about 30 minutes southeast of Kansas City, Lee’s Summit grew by 12 percent between 2009 and 2012. The unemployment rate in town is 4.2 percent–slightly higher than that of Wentzville–but the median household income is also higher at $76,179 annually. Lee’s Summit largest employers include Truman Medical Center and the U.S. National Benefits Center, which processes immigration status claims for the U.S. Citizenship and Immigration Services. Job seekers here can take refresher courses at the University of Central Missouri’s Summit Center, a satellite campus of the University of Central Missouri which offers evening and weekend classes for both undergraduate and graduate degree programs. Job seekers can also get help with resumes, interviews and work with career counselors at the Independence Career Center, located about 20 miles away in Independence.

This bustling city is located halfway between St. Louis and Kansas City and it had a population of 109,008 in 2012, making it the largest of our top 10 cities for Missouri job seekers. It’s home to the University of Missouri, which is also the community’s largest employer. In Columbia,  job seekers can find help at the local campus of Moberly Area Community College and the Columbia Career Center, which offers job fairs, training and career counseling.  Job Point, a regional career services provider, offers two locations in Columbia where job seekers can get help with interview preparation, learn key computer and office skills and get support even after they’ve found work. The city also has the lowest unemployment rate of any of our top 10 cities for Missouri job seekers at just 3.7 percent.

Located 40 minutes west of St. Louis, this cozy city had a population of 35,388 in 2012, which grew by 3 percent between 2009 and 2012. The median household income was $120,507 in 2012, the highest of our top 10 cities. Job seekers here have a wealth of resources to find help: St. Louis Community College offers classes locally to Wildwood students, plus offers career training at its nearby campuses in Bridgeton and Ferguson for careers in health care, IT, aerospace and green technology. They also offer online professional development classes catered to working adults.

About 40 miles west of St. Louis and 10 miles east of our top city of Wentzville lies O’Fallon, which was home to 79,073 people in 2012. The largest employers in town include CitiMortgage, the home-lending arm of Citigroup, and Mastercard St. Louis Operations Center. Solar company Ameren Missouri plans to build a 5.7-megawatt solar energy center in O’Fallon in 2014, which will power about 650 homes. Job seekers here can find resources through nearby St. Charles Community College, which offers workforce training for jobs in health care and manufacturing, and manages the Missouri Career Center Partnership, which offers career counseling, resume help and interview tips for all job seekers in the area. The St. Charles County Career Center offers career workshops, information on job market trends and job fairs for local job seekers.

Keeping the spotlight on the western St. Louis suburbs, Chesterfield is home to three new business developments that are in the works, including the $150 million headquarters of Reinsurance Group of America, a $400 million research center expansion for Monsanto, and a $90 million new virtual care center for Mercy Health. The largest employer in town is St. Luke’s Hospital, which employed 3,447 in 2012. For job seekers, the Logan University Career Development Center offers an annual job fair for students and the general public looking for careers in health care. And 10 miles east of Chesterfield, tech-minded job seekers can beef up their skills at the University of Missouri-St. Louis Computer Education and Training Center.

Located about eight miles south of Chesterfield, Ballwin had a population of 30,446 in 2012. Ballwin residents earn a median income of $83,441 and have monthly homeowner costs of $1,749. Social job seekers can start their job search through networking events at the West County People in Business chapter meeting in Ballwin. The St. Louis Agency on Training and Employment offers a trove of online resources for job seekers and employers, and operates a job center in nearby St. Louis. For green-minded job seekers, Ballwin is a great place to call home: both the city government complex and a city recreation center are powered using solar energy.

Grandview, located about 20 miles south of Kansas City, is a small city with a population of 24,491 in 2012, but grew by 3.7 percent between 2009 and 2012. The city’s biggest employers include Peterson Manufacturing Company, which manufactures vehicle lighting systems, Burger and Brown Engineering and MeadWestvaco, a packaging company for food, beauty and health care products. The median household income is the lowest of our top 10 Missouri cities for job seekers at $42,092, but so were the monthly homeowner expenses at just $1,179 per month. Job seekers looking for careers in health care, IT, animal science or hospitality can get specialized training at Metropolitan Community College’s Institute for Workforce Innovation.

Back in the St. Louis suburbs, Kirkwood grew by 2.4 percent between 2009 and 2012 and the median household income was $72,946 per year. Kirkwood’s largest employers are in education; the Kirkwood School District and the Junior College District of St. Louis employed 1,149 people in 2013. Job seekers here can access services from the Saint Louis County Department of Human Services career center in nearby Maplewood, which also offers help to people who’ve lost their jobs as a result of increased imports. Plus, the state Division of Workforce Development offers online job boards and skills assessments for job seekers in Kirkwood and across Missouri.

Maryland Heights, located about 10 miles north of Kirkwood, had a population of 27,418 in 2012, and grew by 5.2 percent between 2009 and 2012. While the unemployment rate of 4.7 percent, is slightly higher than other cities on our list of top cities for job seekers in Missouri, it’s well below the state average of 6.5 percent. The top employers in Maryland Heights include Magellan Health Services, Edward Jones, Hollywood Casino, and Monsanto. Job seekers looking for work in health care, one of the region’s major industries, can get advanced training from Anthem College in disaster medicine, dentistry and X-Ray technology.

52 communities designated as places by the U.S. Census were included in this analysis. Only places with a population greater than 15,000 were considered.