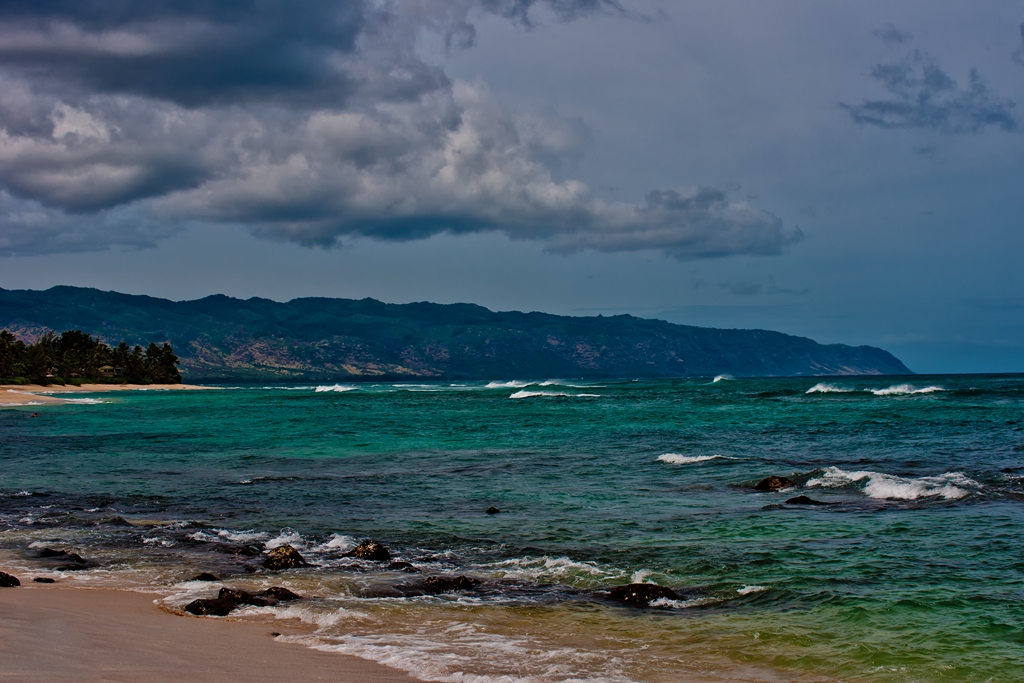 “You don’t have to be rich to live in Hawaii, you just have to want it,” say the brokers on HGTV’s “Hawaii Life,” a Hawaiian real estate television show. They’re not wrong, but they may be oversimplifying some of the realities of the Hawaiian housing market: home values in Hawaii are almost three times higher than median home values in the rest of the country, while the state median household income is just 1.3 times higher than the median national household income, according to U.S. Census data.

To help bridge the gap, nonprofit groups such as the Hawaii Homeownership Center offer homeownership education classes, down payment assistance for first time homebuyers and access to low-interest loans. Developers are also building middle-income housing, such as the new mixed-use project in the Our Kaka’ako neighborhood in Honolulu, so that middle-income families can own homes closer to where they work and play.

We analyzed the 49 places in Hawaii with more than 5,000 residents to determine which have characteristics that are favorable to homebuyers. All of our top picks were unincorporated census-designated places. Our analysis answers three main questions:

2. Can you afford to live there? We looked at median household income, monthly homeowner costs and median home value to assess affordability and determine whether residents could live comfortably in the area. We used monthly homeowner costs to measure cost of living. Areas with high median incomes and low cost of living scored higher. Thinking of buying a home yourself? Learn more about current mortgage rates and mortgage refinancing options in our mortgage guide, as well as whether it’s best to rent or buy.

Oahu’s “second city” took the top spot our list, with monthly homeownership costs taking up 33.4% of monthly household income. Kapolei has plenty of beaches and it’s also home to the West Oahu campus of the University of Hawaii, a four-year university with one of the lowest tuitions in the country. In 2017, a new rail line is set to open which will ultimately connect Kapolei and Honolulu. When it is fully operational, Honolulu International Airport will be a 26-minute train ride away from the first stop in East Kapolei. The train will stop at 21 destinations between East Kapolei and the Ala Moana Center, the largest shopping mall in Honolulu.

This census-designated place is the fastest growing spot on our list, with the population growing by 21.1% from 2010 to 2012. It’s been growing since 1998, when its first homeowners began moving into the Ocean Pointe development in Ewa Beach on Oahu. The land was bought and developed by the Haseko group, and they’re not done yet; construction continues on the adjacent Hoakalei resort community. Ocean Pointe is also among the more costly places to own a home, with monthly homeowner costs at $2,980 and those costs eating up 37.9% of median monthly household income. Many homes at Ocean Pointe front the Hoakalei Country Club, a private 18-hole golf course designed by golf pro Ernie Els. The development is about 20 miles from Honolulu.

The costs of owning a home in the Waihee-Waiehu area take up just 27.3% of the median monthly household income — the lowest percentage on the list. The homeownership rate in this census-designated place is fairly high at 81.6%, meaning that most homes are owner-occupied, rather than rented. Waihee-Waiehu is in Maui County on the island of Maui, just a few miles away from Kahului, the island’s major city. The area’s biggest employers are state and county governments, and the county seat is also nearby in Wailuku. Local attractions include the Waiehu Golf Course, an 18-hole course, and the Waihee Coastal Dunes and Wetlands Preserve.

West Loch Estate is a growing subdivision in the Ewa District on the island of Oahu. The County of Honolulu planned the estate to offer some homes at below-market rates to provide affordable housing to low and middle-income families. So it is no wonder that the monthly homeowner costs are among the lowest on the top 10 list, and those costs take up just 31.5% of the median monthly household income. The subdivision is near the 18-hole West Loch Golf Course and the West Loch Community Shoreline Park, a beachfront park offering running and bike paths. From the estate, downtown Honolulu is about 20 miles away. St. Francis Healthcare System is one of the biggest employers in Honolulu County, and is right next door to West Loch Estate.

Just a few miles west of West Loch Estate, Ewa Villages is a neighborhood of nearly 7,000 people in the Ewa District, near Kapolei. It has the one of the lowest median monthly homeowner costs on our list at $2,010 and the population here grew by 6.3% between 2010 and 2012. The homeownership rate is 82.5%, the second highest on the list, so a large majority of homes in the area are owned rather than rented. The neighborhood is home to Ewa Mahiko District Park and Ewa Villages Golf Course.

Mililani Mauka is half of the master-planned community Mililani Town, which was built by the Castle and Cooke development company. It sits on the west side of Interstate H-2 in central Oahu, while the other half sits on the east. It’s the newer part of the development, with construction starting in 1990. Mililani Mauka has a homeownership rate of 83.8%, the highest on our list. Mililani Mauka’s two public elementary schools, Mililani Ike and Mililani Mauka Elementary, were among the top five best schools in Honolulu County, according to Honolulu Magazine’s annual school ranking.

Kalaoa sits on the dry side of the Big Island, just over 70 miles from Hilo, the largest city on the island. Kalaoa is near the Kona International Airport and less than 20 miles from the Four Seasons-Hualalai, one of the island’s biggest employers. Although owning a home here is expensive, with monthly homeowner costs representing 46.9% of median monthly household income, the community is growing rapidly, expanding by 16.3% between 2010 and 2012. The Kekaha Kai State Park is located near Kalaoa and offers access to Kua Bay and hiking trails to the summit of Pu’u Ku’ili for scenic views of the coastline.

The Ewa Gentry neighborhood is directly adjacent to the Ewa Villages neighborhood in the Ewa District near Kapolei. Despite their proximity, the two neighborhoods have different homebuyer characteristics: income and homeownership costs are higher in Ewa Gentry and the homeownership rate here is lower at 74.7%. Members of the Ewa by Gentry Community Association can use the community center and heated pool. The neighborhood borders the Coral Creek Golf Course.

For those looking for inexpensive homes — or looking to build one on an undeveloped lot — Hawaiian Paradise Park might be a great place to consider. Though the subdivision is a work in progress, it’s population grew by 20.2% between 2010 and 2012, the second highest growth rate on our list. Median monthly homeowner costs are $1,418 and the median home value is $265,700, both of which are the lowest on our list. In the 1950’s, HPP was started on the east side of the Big Island, just about 15 miles from Hilo. Since there are still many lots waiting to be developed, residents put together a community action committee and created a master plan for the subdivision, which calls for more schools, paved roads parks, public transit and community centers.

Waikele is a planned neighborhood 15 miles from downtown Honolulu with about 7,600 residents. The neighborhood surrounds outlet stores and a shopping center and has its own 18-hole golf course at the Waikele County Club. Waikele has the second lowest homeownership rate on the top-10 list, but it’s one of the more affordable places in Hawaii to own a home: homeowners here spend only 29.9% of their median monthly household income on homeowner costs. Only places with 5,000 or more residents were included in the study. Areas with higher than average crime were excluded from the study.