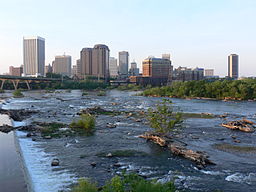 With its proximity to jobs in Washington D.C., ample natural resources and large military presence, Virginia is a popular state for homeownership. Many areas around the metro are growing at a rapid rate, with an educated workforce attracting many businesses. NerdWallet analyzed the 81 places in Virginia with a population over 15,000 to determine which have characteristics that are favorable to homebuyers. Our analysis included both incorporated areas and unincorporated Census-designated places to answer three main questions:

Best Places for Homeownership in Virginia

Between 2010 and 2012, this Census-designated place’s population skyrocketed with a 12.6 percent growth. Low homeowner costs attract a family-oriented crowd to Linton Hall: 88.2 percent of households are families, and 61.2 percent of those families have at least one child under 18 years old, according to U.S. Census data. Conveniently, the nearby city of Manassas has a kid-friendly museum and performing arts center. Linton Hall a Census-designated place located near Bristow, Virginia, about 35 miles east of Washington D.C. Although work commute time is higher than average, the Virginia Department of Transportation has active projects designed to improve traffic in the area.

Buckhall, a Census-designated place near Manassas, ranks high in three out of the five variables we considered for our list: homeownership rate (93 percent), population growth (5.3 percent), and median monthly homeowner costs ($2,581). Locals have easy access to outdoor activities like boating, fishing, and camping, courtesy of the historic Bull Run Marina Regional Park. Buckhall is part of Virginia’s Prince William County, where the unemployment rate has trended significantly lower compared to the rest of the nation and investments by businesses are at a record high.

Montclair is an affordable option for small town living, having the lowest median monthly homeowner costs on our list. This suburban Census-designated place located near Dale City was built around Lake Montclair, a 108-acre lake surrounded by tree-lined streets designed for jogging and cycling. It also has a golf course, tennis courts, soccer fields, swimming pools, shopping centers and parks. The neighborhood organizes many events as well, including fourth of July fireworks and 5K mudruns.

With homeownership costing just 21.6 percent of monthly household income, Fort Hunt is one of the most affordable suburbs near Washington D.C., which is about 15 miles away. It’s also rich in history—Fort Hunt Park, a popular picnic spot by the Potomac River, once served as a secret intelligence camp during World War II and was part of George Washington’s farmland. In addition, the Collingwood Library and Museum on Americanism houses an extensive collection of historical literature. With more than a fifth of Fort Hunt’s residents over 62 years old according to Census data, there are many senior centers in the area as well.

With its low homeowner costs (the median is $2,532), Chantilly’s population grew 5.1 percent from 2010 to 2012. The Washington Dulles International Airport is located here, as well as the Smithsonian’s Steven F. Udvar-Hazy Center, a hangar-like museum that houses aviation and space artifacts. Chantilly is also home to the National Reconnaissance Office headquarters.

On our list, Prince William County’s Marumsco has the most affordable homes with a median value of $212,400. It also experienced the highest population growth on our top 10 list, a 14.8 percent increase between 2010 and 2012. The population of the area, formerly known as Woodbridge, was 41 percent Hispanic in 2010, according to Census data. Popular among nature enthusiasts, the Occoquan Bay National Wildlife Refuge and Featherstone National Wildlife Refuge are located here.

Another affordable option, Bon Air has the lowest median monthly homeowner cost on our list at $1,575, and a median home value of $225,000. This Census-designated place is also rich in history and character—back in the late 19th and early 20th century, Bon Air served as a Victorian resort getaway for local rail railroad and business investors. The Bon Air Historical Society has made preservation efforts to maintain the National Historical District since its 1978 inception, sponsoring educational programs and social events like the Annual Victorian Day Festival and Parade.

Franklin Farm, a Census-designated place located near Chantilly, has the highest home ownership rate on our list at 94 percent and the lowest monthly homeownership costs as a percentage of household income at 20.5 percent. That said, the high earning power of residents definitely factor in, with 35.2 percent of households earning $200,000 or more in 2012, according to Census data. Its recreational offerings cater to families, offering 13 miles of trails, fishing ponds, tennis courts, swimming pools, and 180 acres of open space. Also nearby is Frying Pan Farm Park, a preservation of a 1920s through 1950s farm and landscape. Many shopping spots surround the area as well, including Dulles Town Center Mall, Fair Oaks Mall and Tyson’s Corner area.

The median home value in this Census-designated place east of Richmond is lower than most of our top picks at $237,200, with a median monthly homeowner cost of $1,605. Located in Hanover County in Central Virginia, the area has many historical battlefield sites, including the Beaver Dam Creek and Totopotomoy Creek. There are also many recreational opportunities in the region, courtesy of the Virginia Museum of Fine Arts, Greater Richmond Convention Center, and the Museum of the Confederacy.

Only the 81 places with populations more than 15,000 in Virginia were included in this analysis.