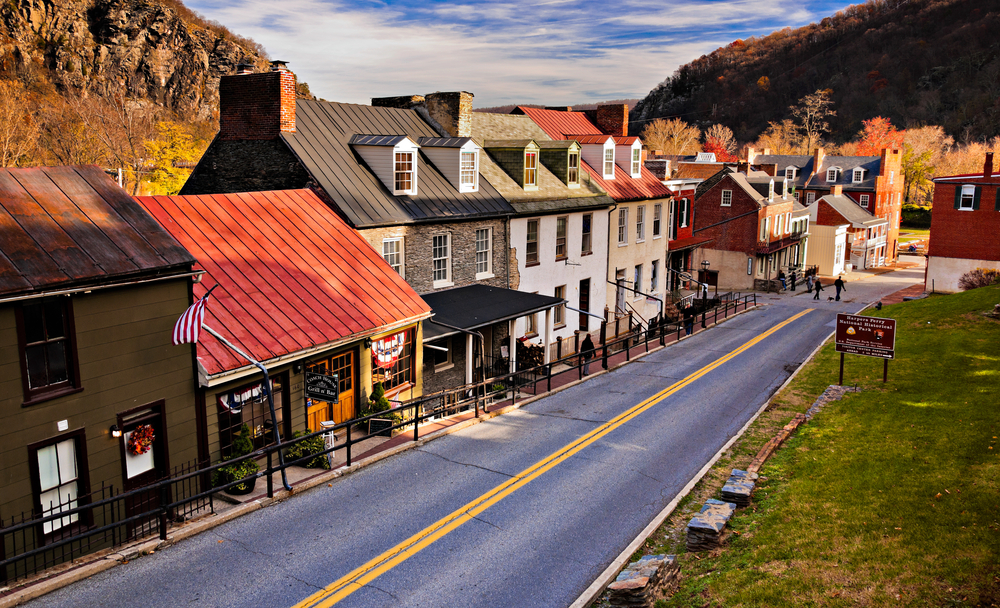 Although just 1.85 million people call it home, West Virginia is a state that shouldn’t be underestimated. In 2012, the state’s GDP growth rate was the 10th highest in the nation at an annual rate of 3.3%, according to a recent economic study by the University of West Virginia. The study predicted that with current trends, West Virginia’s growth will continue through 2018. However, economic growth hasn’t been even throughout the state, with just a handful of counties seeing the largest gains in population and jobs, the study found.

Whether you plan to relocate to West Virginia or are looking to move to a new place in the state, choosing the right location takes some work. For this reason, NerdWallet crunched the numbers to find the 10 best places in West Virginia for homeownership. Our analysis answers three main questions:

Here’s what the top places in West Virginia had in common:

For a full ranking of all 36 cities analyzed in West Virginia for this study, click here.

Does the data tell you truth? Let us know what you think about our list in our comments section.

Topping our list of best places in West Virginia for homeownership is Sissonville, a district in Kanawha County, about 15 miles north of Charleston. Sissonville is the fastest-growing place in West Virginia, with an 8.09% growth in population from 2010-2012, according to U.S. Census Bureau figures. For residents in this city right off Interstate 77, it’s a quick drive to the capital, where attractions include the West Virginia Center for African American Art & Culture, Heritage Towers Museum and Culture Center, and the newly designed Clay Center for the Arts and Sciences of West Virginia.

Nitro, which gets its explosive name from its birth as a munitions production town in World War I, remains a lively city today (albeit in different ways). The city, which saw its population grow 1.62% from 2010 to 2012, is an affordable place, where homeowners on average spend only 22.08% of their monthly income on housing costs. Residents can explore their town’s roots at Nitro World War I Museum, or enjoy the tranquility of nature at Ridenour Memorial Park, where you can picnic or fish at the lake. However, excitement is never far in Nitro, as the city puts on an annual Boom Town Day festival showcasing not only a fireworks display, but also an all-day flea market, car show and a cornhole tournament.

Although areas frequented by hurricanes aren’t typically not known for their homeownership values, residents can be assured that in Hurricane, West Virginia, this isn’t the case. At 78.1%, Hurricane has the fifth-highest rate of homeownership in the state (and the second-highest rate of our top 10). As well, Hurricane’s middle and high schools boast a 10 out of 10 rating from GreatSchools. For fun, residents can play at Hurricane City Park or drive to more rugged places like Mill Creek Wildlife Management Area, Beech Fork State Park and Crown City Wildlife Area.

Located on the banks of the 13-mile long reservoir of the same name, this place doesn’t need to cheat when it comes to homeownership value. Cheat Lake has the highest monthly median household income on our list, and the fourth-highest homeownership rate in West Virginia. The area also is home to the 12,713-acre Coopers Rock State Forest. In Cheat Lake, with its location nestled between a forest and a lake, locals have their choice of hiking, hunting, fishing, boating or whitewater rafting. With just a few miles to West Virginia University and the Morgantown Municipal Airport, Cheat Lake is a destination for diverse activities.

With an unemployment rate of just 2.3%, and a high school that earned a perfect 10 rating by GreatSchools, Bridgeport definitely has the right foundation for a residential community. However, Bridgeport is by no means just a place to work and learn: the town is home to the Pete Dye Golf Club, which is 45th on Golf Digest’s ranking of the 100 best golf courses in America. Bridgeport City Park is also the site of an annual Scottish Festival & Celtic Gathering and the Bridgeport Benedum Festival, a community event in honor of its founder.

Cross Lanes joins our list with the fourth-highest population growth, 2.15%, of our top 10. Like Nitro, Cross Lanes is a suburb of Charleston and neighboring South Charleston, where residents work at the local hospital, Dow Chemical and Bayer Material Science. Cross Lanes is also the site of the Mardi Gras Casino & Resort, which has over 150 rooms and 21 luxury suites.

New Martinsville, located almost 40 miles from Wheeling, is the only place in Wetzel County on our top 10. Residents here can choose from numerous activities, including fishing and hunting at the 13,000-acre Lewis Wetzel Wildlife Management Area or shopping for antiques and sweets at Wheeling’s Centre Market. New Martinsville locals stroll in the North Street Historic District, which is known for several Victorian era houses and the Old Hospital Building from 1890. With these qualities, it’s no wonder that New Martinsville has the third-highest homeownership rate in the state.

Point Pleasant not only has a charming name, but it also ranks No. 1 in the state for the lowest percentage, 20.37%, of median household income dedicated to monthly homeowner costs. The city on the banks of the Ohio River, and only 23 miles from the 11,000-acre Crown City Wildlife Area, is a self-described “paradise for outdoor enthusiasts.” Point Pleasant also has a number of historic landmarks, including the Eastham House, the Lewis–Capehart-Roseberry House and the Point Pleasant Battleground. The city features a variety of annual events, including the annual Point Pleasant River Museum Car and Bike Show and the unusual Mothman Festival, a commemoration of the sighting of the mothlike creature in the 1960s.

The city is only a short drive to the magnificent New River Gorge and the beautiful overlooks at the Canyon Rim Visitor Center (don’t miss Grandview), as well as a diverse range of activities from whitewater rafting and rock climbing, to exploring exhibits at the park’s museums. If residents want to visit a place not as vast as the 70,000-acre park, nearby Babcock State Park is only 4,127 acres. Oak Hill hosts its annual Oak Leaf Festival, with wine and cheese tasting, the Miss Oak Leaf/Miss Teen Pageant and a talent show. Oak Hill also is poised for more festivities at the recently completed Oak Hill Amphitheater adjacent to City Hall.

While going to Vienna, West Virginia, might not transport residents to another continent, they can get a little taste of Europe at the local Holl’s Swiss Chocolatier. If residents want to get a taste of the real culture of Vienna, they can explore other nearby establishments like Fenton Art Glass Company, the Oil and Gas Museum and Henderson Hall, a pre-Civil War mansion. Additionally, the city gets high marks for its 76.2% homeownership rate, and monthly owner costs of only $987.

Check out the interactive map for our top 10 cities in West Virginia. The darker the color of the point, the more affordable it is according to our affordability score. Click on points to view more information.

For this study, we analyzed 36 places in West Virginia with more than 4,000 residents.