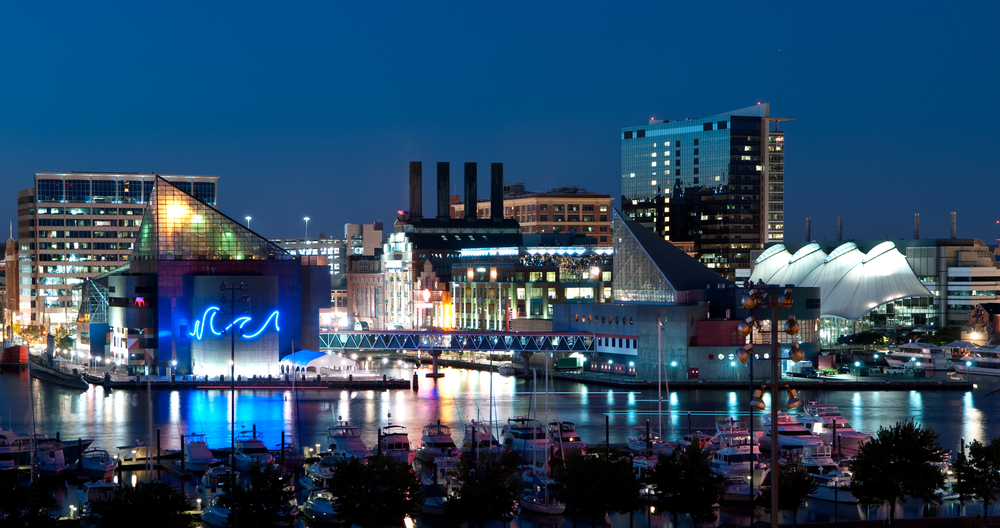 Maryland’s roots go back a long way, but its economic profile today is decidedly modern.

The state does $12.2 billion a year in business with the federal government in research and development — the second-highest amount in the nation. Its strong economic growth and AAA bond rating centers on information technology, telecommunication, biotech and aerospace. Maryland was ranked second in the 2012 State Technology and Science Index by the Milken Institute, which cited the state’s strong performance in research and development and human capital investment.

Maryland’s technology employment is bolstered by its proximity to the nation’s capital. Several federal agencies, including the National Institutes of Health, National Institute of Standards and Technology and NASA, all have offices in the state.

Maryland is poised to grow even more. The state ranks third nationwide for the number of residents who have advanced and bachelor’s degrees, and in 2013, its public school system was ranked best in the nation by Education Week.

Maryland’s technology industry and strong commitment to education have helped many places in the state set the foundation to be “on the rise.” As part of our nationwide series, NerdWallet took a closer look at the cities, towns, unincorporated areas and census-designated places that are currently experiencing growth in Maryland. Our analysis took into account three factors:

In researching the state, certain trends became apparent. Here’s what our top places had in common:

NerdWallet crunched the data for 55 cities and communities in Maryland with populations of 20,000 or more. To see the full data set, click here.

North Bethesda, a census-designated place, is the first of four areas on our list from Montgomery County. The county prides itself on having a high quality of life and a highly educated workforce in one of the largest biotechnology clusters in the nation. In addition to being home to 18 federal agencies, the county also is the headquarters of 60 major companies, and since 2007, it has welcomed 21 foreign companies. In 2010, Montgomery Public Schools became one of only six public school systems to receive the Malcolm Baldrige National Quality Award, the highest honor given to U.S. organizations for performance excellence. As an example of the county’s spectacular growth, North Bethesda scored in the top five statewide for all three of our growth metrics.

People who live in this census-designated place, adjacent to the nation’s capital, commute downtown in just 20 minutes on the Metro’s Red Line. Wheaton offers high living standards in its convenient location, which is near the Capital Beltway. Over two years, the area saw the second-highest employment growth in the state at 4.5%. And Wheaton is in the middle of a $400 million commercial and residential redevelopment phase that will create 1,300 new units, according to the Montgomery Business Development Corp.

The aerospace industry has been, and still is, one of the primary developers of the census-designated place of Middle River. Since the mid-20th century, GE Middle River Aircraft Systems and Lockheed Martin have been leaders in aerospace and launch technology, and major employers in the area that provide nearly 1,500 jobs. The area has recently seen a 13.5% jump in its working-age population that has been lured by a massive mixed residential and commercial development, the 6 million-square-foot Baltimore Crossroads. In addition to high-profile companies such Synagro, Baltimore Crossroads has also attracted many new residents to its recently opened luxury apartments.

Milford Mill has recently seen a boom in residents moving to this census-designated place. Its two-year working-age population growth of 13.9% is the highest in the state. Residents of this Baltimore suburb — an older community known for its civic pride — have plenty to be excited about. Milford Mill Academy High School unveiled a 4,800-foot addition early last year, and neighboring Owings Mills is developing the 1.2 million-square-foot mixed use Metro Centre, which will feature 1,700 residential units.

With its location just six miles outside the nation’s capital, the census-designated place of Chillum has the distinction of having the state’s highest two-year employment growth of 6.7%. The area is at the center of higher education institutions, including the University of Maryland, Montgomery College and Howard University School of Divinity. Chillum’s county, Prince George’s, has a strong medical services industry, with a large portion of residents employed at Medstar Southern Maryland, Doctor’s Community Hospital and Dimensions Health Corp.

Like many census-designated places in Anne Arundel County, Glen Burnie’s economy is closely linked to the military. Fort Meade, Maryland’s single-largest employer with 50,000 workers, is only 12 miles away. Fort Meade and the surrounding area have grown in recent years as it became the headquarters for the U.S. Cyber Command and the Defense Information Systems Agency. With a 9.7% increase in median income from 2010 to 2012, Glen Burnie is a strong example of the prosperity happening around the fort. Growth is likely to continue in Glen Burnie and Anne Arundel County, since there’s no corporate income or sales and use tax.

Silver Spring is a census-designated place and residential area filled with culture and entertainment. The area’s 440,000-square-foot downtown shopping center features a pedestrian-friendly mix of retail and dining, and its revitalization has attracted over $2 billion in private investment. Silver Spring is also the home of the American Film Institute Silver Theatre and Cultural Center, a state-of-the-art motion picture exhibition, which hosts a variety of film and music programs, director interviews and AFI DOCS, a five-day documentary festival. The headquarters for Discovery Channel and Choice International Inc. are located in Silver Spring.

Rockville is the business capital of Montgomery County. It is the heart of the Interstate 270 technology corridor, and it has a high concentration of biotech and life science companies. The recent $350 million Town Center Project features the Rockville Innovation Center, an international business incubator, which in 2010 welcomed Daewoong Pharmaceutical of South Korea and PV Inova, a transportation technology developer from Brazil. Additionally, Rockville is home to several research and consulting firms that each employ over 1,000 workers, including the Henry M. Jackson Foundation, Westat and Booz Allen Hamilton.

At a distance of less than 30 miles from Washington, D.C., the census-designated place of Waldorf is the farthest from a major city in our top 10. But that hasn’t been a problem for Waldorf, where the working-age population grew twice as fast as the state median from 2010 to 2012. At the same time, residents in the area saw an impressive 6.1% growth in their median incomes. Waldorf offers employment in sales, and its proximity to Cedarville State Forest and Occoquan Bay make it a prime bedroom community.

With its location atop the Beltway, the census-designated place of Pikesville connects the suburbs of Owings Mills and Towson to downtown Baltimore. From 2010 to 2012, Pikesville saw a 6.6% increase in its working-age population, which likely is due to its location and the quality of life that’s reflected in its highly regarded public school system. Pikesville prides itself on welcoming a mix of families, young professionals and corporate executives. As one of 16 communities undergoing revitalization in Baltimore County, Pikesville has seen increased prosperity from its multimillion dollar streetscape project.

Check out our interactive map for Cities on the Rise in Maryland. The darker the color of the point, the higher the growth rate of the working-age population. Click on data points for more information.

2. Employment growth from 2010 to 2012 made up 33.3% of the total score. Data for the percent of employed residents comes from the 2012 U.S. Census American Community Survey 5-year estimate for all places in the state, Table DP03.

We evaluated 55 cities and communities in Maryland for this study.

Cities on the Rise in Maryland (Full Rankings)