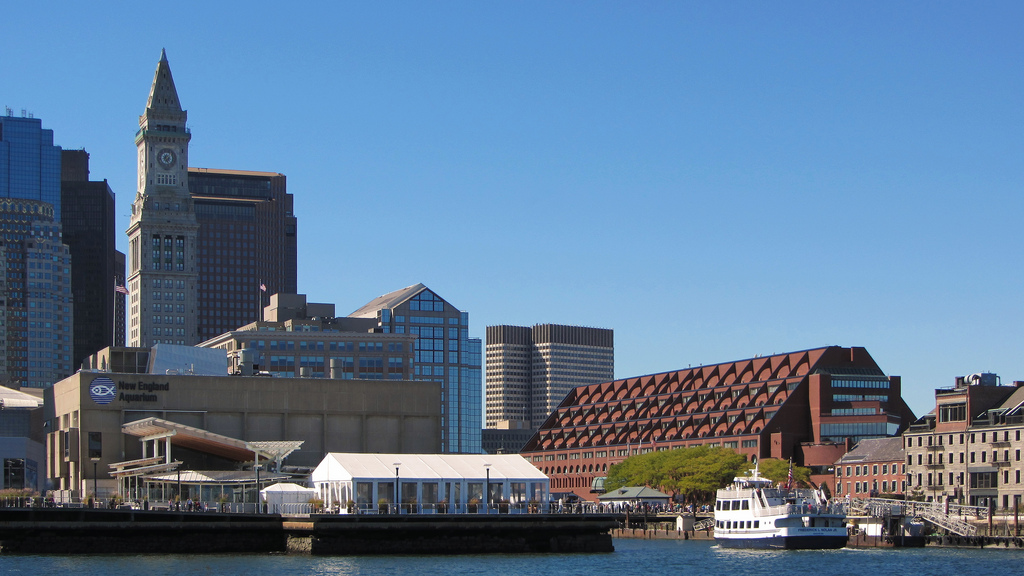 Although it is one of the oldest states in the country, Massachusetts continues to innovate, drawing new residents and new businesses every year. Massachusetts, which is officially a commonwealth, gained 46,200 jobs from April 2013 to April 2014, according to the Bureau of Labor Statistics. The unemployment rate, 6%, is lower than the national average of 6.3%.

Wages and salaries increased at an annual rate of 15% during the first quarter of 2014, according to researchers at the University of Massachusetts Donahue Institute. The increase was likely the result of “better-than-average bonuses for workers as a result of the sharp rise in stock markets last year,” Alan Clayton-Matthews, an associate professor of economics and public policy at Northeastern University, wrote in a bulletin for MassBenchmarks, which is published by the Donahue Institute in cooperation with the Federal Reserve Bank of Boston.

NerdWallet crunched the numbers for the 61 cities in Massachusetts with more than 20,000 residents to find the cities demonstrating growth in jobs, income and population. Here’s what those cities had in common:

Top 10 Cities on the Rise in Massachusetts

A strong combination of income, employment and population growth earned this western Massachusetts community the top spot on the list. The largest employers in town are Noble Hospital and Westfield State University, according to the state’s Office of Labor and Workforce Development, and new businesses also are opening in the city’s downtown. The median income for full-time, nonseasonal workers jumped 23.3% to $51,755 in 2012. To support local businesses, Westfield has a designated business improvement district known as “The District Westfield,” where a nonprofit board of directors provides services such as security, maintenance, marketing and property management to businesses in the revitalized downtown.

This growing city, north of downtown Boston, is one of the most diverse in the state. Nearly half of residents, 43.6%, were born outside the U.S., according to census data. From 2009 to 2012, Everett saw its working-age population increase 17.9%, the largest percentage increase in the state. The city’s largest employers are Boston Coach, a large limousine and shuttle service, and Fidelity Communications Corp., according to Massachusetts’ labor officials. The median income for full-time, nonseasonal workers here also saw a 2.8% boost from 2009 to 2012.

Education is the largest industry in this suburb west of Boston. The city’s largest employer is Boston College and the city’s public school system in not far behind, according to state data. The median income for full-time, nonseasonal workers increased 20.3% to $87,570 from 2009 to 2012. To attract new businesses to the city, Newton set up a small business center to smooth the way for new stores’ facades and sidewalk permits, as well as support women entrepreneurs.

In Methuen, a city that hugs the New Hampshire-Massachusetts border, the working-age population from 2009 to 2012 increased 10.9% to 37,904 residents age 16 and older. Science-based jobs are the most prominent in Methuen with Holy Family Hospital and 3M Touch Systems, responsible for 3M touch-screen products, as the city’s largest employers, according to state data. Methuen is part of the Merrimack Valley, which also includes the cities of Salem, Haverhill, Lawrence and Lowell. The region is being revitalized as old factory towns give way to innovative and affordable places for young families and entrepreneurs.

Lawrence, just south of Methuen, saw a 10.7% increase, to 56,982, in its working-age population from 2009 to 2012. The city that was once a powerhouse of manufacturing and factory jobs is regaining its footing as a destination for immigrants and young families. According to the most recent U.S. Census data, 37.7% of Lawrence residents were born outside the U.S. With recently awarded grant funding from the Working Cities Challenge, sponsored by the Federal Reserve Bank of Boston, the Massachusetts Competitive Partnership and other philanthropic groups, Lawrence is creating a family resource center to help increase parent income by providing adult education and certificate training, internships, financial coaching and access to health care and child care.

An increase in population and employment put Melrose on our list of cities on the rise. The working-age population in this suburb north of Boston grew 5.2% to 22,254 residents from 2009 to 2012, and employment increased 5.8% over the same period. Melrose has committed to helping young families with its Birth to Five initiative, a citywide partnership of hospitals, doctors, child care providers, YMCAs, playgrounds and other community groups supporting healthy child development and family well-being. The city is also working to attract young professional commuters with the new Alta Stone Place apartment lofts, close to Oak Grove station on The T’s Orange Line.

Named for the Revolutionary War patriot Paul Revere, the city saw population and income growth from 2009 to 2012, earning it a spot on our list. The median income for full-time, nonseasonal workers grew 12.3% to $43,031 in 2012. The city, once a major tourist destination for its 3 miles of beachfront and amusement parks, now — like Lawrence and Methuen — is working to revitalize its downtown. Through transit-oriented development centered on Revere’s Wonderland station, the city anticipates $500 million in new investment in the coming decade. Construction of new luxury apartments, a pedestrian bridge from the station to the beach and new parking garages is already underway at Waterfront Square. Developers anticipate adding retail, restaurants and hotels in the future.

Winchester is getting back to work: The percentage of employed residents in the workforce from 2009 to 2012 increased 8.8%, which means that 62.1% of residents worked in 2012, a sign of job growth in the region. The town, northwest of downtown Boston, has a high median income of $97,097 for full-time, nonseasonal workers. Winchester is committed to supporting young families through the Family Action Network of Winchester, a nonprofit group that connects parents to support groups, health care and child care services, and toy and food drives. And for homeowners, Sustainable Winchester offers free energy assessments, low-cost insulation upgrades and assistance with solar panel installation.

The community five miles south of Winchester saw gains in population and income, which earned it a spot on our list. The working-age population increased 5.3% to 19,561 residents in 2012, and the median income for full-time, nonseasonal workers jumped 8.9% to $79,014 from 2009 to 2012. Arts and culture are especially important in this community, which supports the Belmont Gallery of Art and other public arts and humanities activities through the Belmont Cultural Council. Grants from the council support local schools, the Belmont Public Library and local artists who create public art for Belmont. Local businesses in the area have banded together to start the Belmont Center Business Association to create a business friendly environment in Belmont’s historic downtown.

Income growth put Milford on our list: In 2012, the median income for full-time, nonseasonal workers jumped 24.1% to $56,678, the biggest increase on our list. Milford is home to large scientific businesses including Waters Corp., which designs and manufactures scientific instruments, and PLC Medical Systems, a medical device maker, as well as a core of small businesses. The Milford Area Chamber of Commerce connects Milford businesses with the larger central Massachusetts region, from Worcester to the border with Rhode Island.