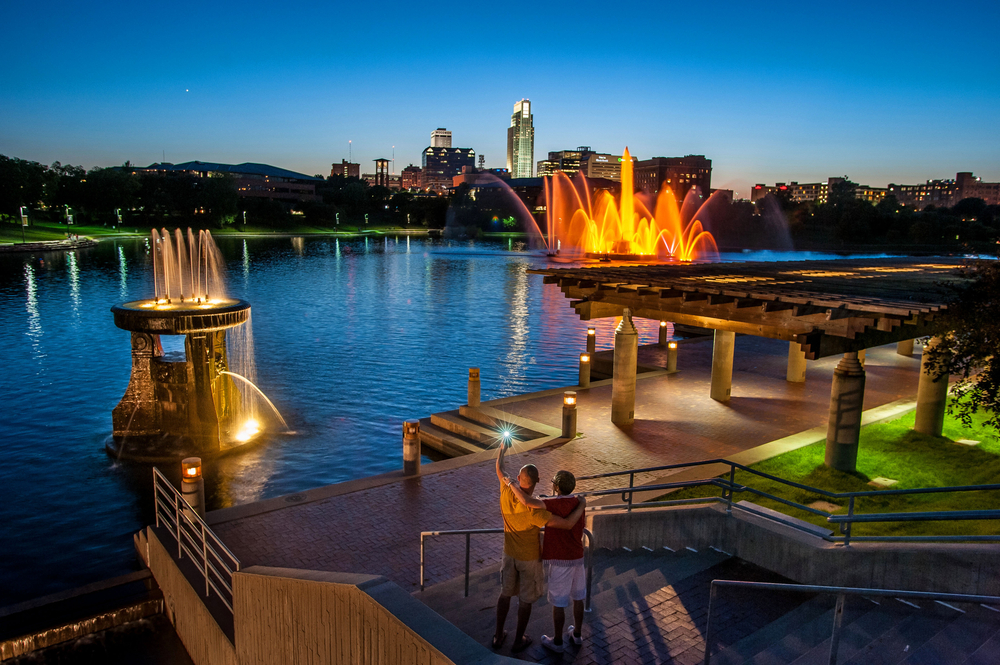 Nebraska ranked fourth in the nation’s most recent Census of Agriculture, which found strong production in beef cattle, corn and soybeans. At the same time, the state tied for the second-lowest unemployment rate in the nation at 3.6%, and even during the worst years of the recession, Nebraska’s rate never once exceeded 5%. By comparison, the national unemployment rate is now 6.2%, and from 2009 to 2012, the U.S. jobless rate averaged 9.3%.

Diversity in its farming sector has helped keep Nebraska’s economy stable, and the state plans to continue on this path as it branches out into emerging markets, such as organic crops.

Nebraska’s economy shows no signs of slowing down, and in a state where 93% of the land is used for agriculture, it pays to know where to live.

NerdWallet recently dug into Nebraska’s economic data as part of an ongoing effort to find the U.S. cities that are currently “on the rise.”  Our analysis looks at three factors:

In researching Nebraska, certain trends became apparent. Here’s what our top places had in common:

Nebraskans are getting wealthier. Median income growth was in the double digits for all but one of our top 10 cities.
Young people are leaving. Nebraska business groups say the departure of young residents is the biggest threat to the state’s economy.
Interstate 80 is a big draw. Six of our top 10 places are located on Interstate 80, which is the only interstate crossing the state.

NerdWallet crunched the data for 46 cities and communities in Nebraska with populations of 3,000 or more. To see the full data set, click here.

O’Neill, which calls itself “the Irish capital of Nebraska,” is a city of 3,500 with a plan for growth. To combat the statewide problem of population outflow, O’Neill has partnered with Holt County Economic Development and Central Nebraska Economic Development Inc. to bring new housing to the region. The efforts appear to be paying off as the city had the sixth-highest working-age population growth in the state from 2009 to 2012. O’Neill’s population growth was part of a countywide expansion, and in 2013, it saw a record-high number of families moving into Holt County.

Located a few miles from Omaha, La Vista is on the rise due to a strong 10% growth, the second highest in the state, in the working-age population from 2009 to 2012. La Vista breaks away from Nebraska’s mold in a number of ways: its population is young and progressive, agriculture isn’t the biggest industry and the county saw the largest population growth in the state over the past decade. In fact, much of La Vista’s appeal may be connected to the strength of its non-farm economy. The city is home to a PayPal office and Securities America, a financial services company.

With a 24.8% median income growth, McCook residents are seeing some of the highest income increases in Nebraska. The county’s agricultural production is centered on cattle and corn, but it also ranks eighth in the state for wheat production and is No. 11 in dairy production. The city has a strong irrigation manufacturing industry with a Parker Hannifin Corp. industrial hose plant and it has an equipment plant and distribution center for Valmont Industries Inc., an irrigation equipment manufacturer.

Papillion’s economic prosperity is linked to its prime location. Papillion is not only in the center of greater Omaha’s Sarpy County, but it also is equidistant from interstates 29 and 80. It’s home to a Wal-Mart Super Center, a Super Target and the Sarpy County government offices — all major employers in the city. Papillion has the added advantage of its location only 10 miles from Offutt Air Force Base, a major employer that is quickly growing.

Aurora is a traditional small farming city making the transition to modern industry. The city, the county seat of Hamilton County, is one of the state’s top producers of corn and dry beans. Over the past 20 years, the Aurora Area Chamber and Development Corp. has actively recruited a variety of industries to the city, including four Fortune 500 companies. Recent developments include a $63 million expansion by Syngenta, a seed and agriculture chemical business, and a new headquarters for Aurora Cooperative. Aurora’s economic investment has largely been successful, as the three-year median income growth is the fourth highest in the state.

Although dominated by midsize farms, Falls City has a different plan for its future: wind. Falls City, which already hosts the Flat Water Wind Farm, has identified wind turbine energy as a sector it hopes to attract. The city encourages business development by not taxing the sales of energy manufacturing equipment and other manufacturing machinery and equipment. It also features the local Brenner City Airport that along with the city’s favorable business climate has helped land aircraft equipment manufacturers Airlanco and Watkins Aircraft Support Products Inc.

Waverly is within commuting distance to both of Nebraska’s largest cities — Omaha and Lincoln. The city, which saw a 4.8% working-age population growth from 2009 to 2012, plans to add more housing for all income groups over the next 10 years. Residents find jobs at the Tractor Supply Co., MBA Poultry and at Valmont Industries. The city’s proximity to Lincoln, home of the University of Nebraska, gives Waverly residents more employment opportunities. Additionally, the university’s Cornhuskers football team is a long-standing source of state pride.

Gretna is our third city in greater Omaha’s Sarpy County. Gretna continued the countywide trend of growth, with a state-high 13% increase in its working-age population from 2009 to 2012. Population growth is indeed important to Gretna and its comprehensive economic plan identified it as the “driving force behind housing, local employment, economic and the fiscal stability of the community.” Gretna’s plans to annex aggressively and expects to develop 6,322 acres for residential use by the city. Gretna attracts high-income residents, and in 2012, the city had the highest median income in the state.

Wayne is a small city that’s big when it comes to business. The unemployment rate of 3.2% is kept low because of Wayne’s of resources, including Wayne State College, Providence Medical Center and its own municipal airport. Additionally, Wayne State College employs over 340, which is second in employment to Great Dane Trailers, a refrigerated trailer manufacturer. The city’s destination for business is also enhanced by its proximity to Sioux City, Iowa.

It’s all about location in Ogallala. The city is located on Highway 26 and Interstate 80 — the only interstate connecting Omaha to Denver and Salt Lake City. Businesses are drawn by Ogallala’s 121-acre North Business Park, while residents enjoy Lake McConaughy, the largest lake in the state. Both benefit from the Searle Field Airport, which serves corporate jets and offers hangar storage and aircraft repair. At 23.2%, the city has one of the highest three-year income growth rates in the state.

While Offutt Air Force Base didn’t make our list because it is a government installation, we thought it deserved recognition for topping both the statewide median income and employment growth rates. The community of over 4,500 is a major employer in Sarpy County, and it is home to the 55th Wing, the second-largest aviation unit in the Air Force. Offutt Air Force Base is a census-designated placed in the city of Bellevue, the third-largest city in Nebraska.

Check out our interactive map for “Cities on the Rise in Nebraska.” The darker the color of the point, the higher the growth rate of the working-age population. Click on data points for more information.

2. Employment growth from 2009 to 2012 made up 33.3% of the total score. Data for the percent of employed residents comes from the 2012 U.S. Census American Community Survey 5-year estimate for all places in the state, Table DP03.

3. Income growth from 2009 to 2012 made up 33.3% of the total score. Data for the median earnings for workers comes from the 2012 U.S. Census American Community Survey 5-year estimate for all places in the state, Table DP03.

We evaluated 46 cities and communities in Nebraska for this study. Offutt Air Force Base, our honorable mention, wasn’t included in our table of rankings because it is a military installation.