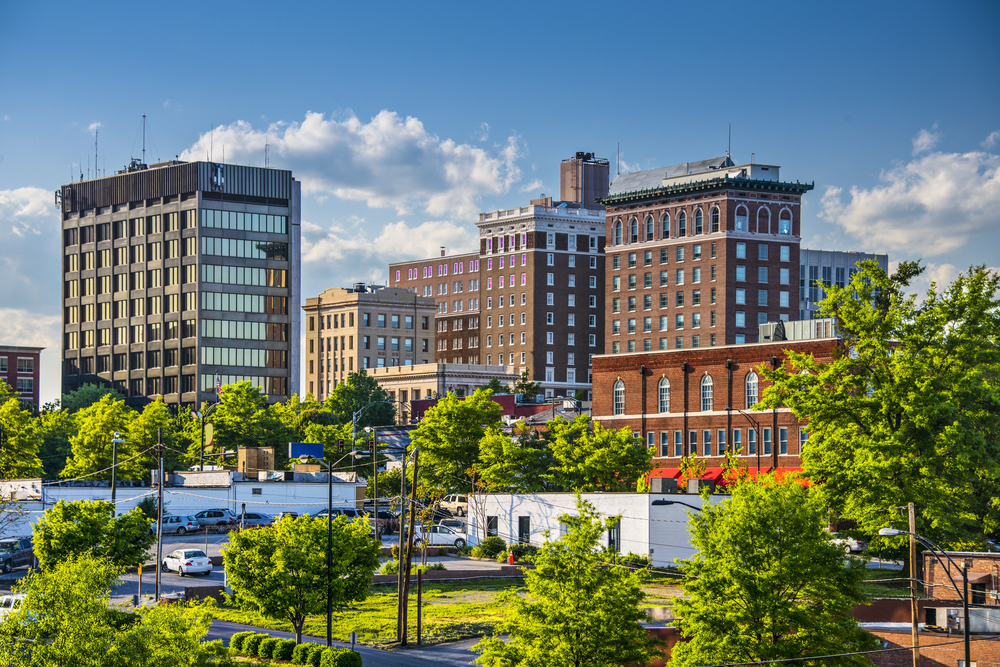 South Carolina was hit hard by the recession. The state’s unemployment rate shot up to 11.9% as it lost over 40,000 manufacturing jobs from 2007 to 2009. The gross domestic product plummeted 11.5% below the regional average during this time.

But now all signs point to a strong recovery and future growth for South Carolina. The state is seeing a population influx from the Midwest, and its low tax rates are helping lure residents who commute to North Carolina’s Charlotte metro area. The state doesn’t have property, wholesale or local income taxes, and with a cost of living that is 14% lower than the national average, the population has grown 4% from 2009 to 2012. Today, South Carolina’s unemployment rate of 5.3% is even lower than it was before the recession, and the state appears to be on track to maintain its growing economy.

Although the entire state is showing signs of growth, some areas in South Carolina have fared better than others. NerdWallet crunched the numbers to find the cities on the rise in South Carolina. Our analysis focused on:

For more on our methodology, please check the end of the report.

In researching South Carolina, certain trends emerged. Here’s what our top places had in common:

NerdWallet crunched the data for 91 communities in South Carolina with populations of 5,000 or more. To see full data set, click here.

Beachfront property and low taxes are just two reasons why folks are flocking to Lake Wylie. Increasingly, commuters who drive across the North Carolina border to Charlotte are finding a peaceful place to call home at Lake Wylie, where a gallon of gas is about 20 cents cheaper and there aren’t any city or estate taxes. On the strength of its location and quality of life, Lake Wylie claimed the top spot for not just one, but two of our growth metrics: working-age population increase and median income growth.

Tega Cay’s population is exploding: The city saw its working-age population grow 61.9% from 2009 to 2012. Like Lake Wylie, Tega Cay benefits from low taxes and its location for workers who commute to Charlotte. Residents also find top-rated schools and waterfront properties. With the 10th highest employment rate in the state and median income growth of 17.43%, it’s no surprise that Tega Cay plans to invest more than $80 million in developing up to four new communities.

By air, land or sea, Hanahan is a city where the economy is taking off. Three years ago, Boeing unveiled a new 1.2-million-square foot Dreamliner assembly plant in neighboring Charleston, which has given a major boost to Hanahan’s economy.  While nearly half of residents commute to Charleston County, Hanahan has a thriving business sector of its own, with technology firms such as GeoLogics, Integris Logistics and Nanoscreen. Others major employers include a FedEx Ground distribution center or the nearby Space and Naval Warfare Systems Center Atlantic, which completed a $9.5 million data center in 2011.

Sumter residents don’t have to travel far to find work. In addition to major employers such as Tuomey Healthcare System and Shaw Air Force Base, the city is home to over 43 national and international companies. Sumter, which has worked hard to make the transition from its agricultural roots, now touts five industrial parks. The city’s efforts are paying off as the employment rate jumped 6.7%, and the median income increased 16% from 2009 to 2012.

With its large manufacturing base, Clinton was one of the cities hit hard by the Great Recession. However, the region’s manufacturing jobs have returned and Clinton now leads South Carolina with its 24.13% employment growth. While Clinton is home to a range of companies, many residents work at plastics manufacturer Sterilite and Avery Dennison, an adhesive production company. The accreditation of Presbyterian College’s School of Pharmacy has helped to boost the city’s downtown economy, according to county chamber of commerce officials.

Florence is a city where business has a long history and strong future. Originally a railroad junction Florence continues to benefit from its location along three major highways. In the past few years it welcomed a Monster® customer service center, and soon it will be the new home of a Ruiz Foods packaging plant that will employ 500 workers. Major employers in Florence range from companies such as Nan Ya Plastics to GE Healthcare.

The future looks bright for Bluffton. The town weathered the recession by reinvesting in its historic downtown district, and since 2009, has seen its working-age population increase by more than 29.64%. According to the deputy town manager, one of Bluffton’s draws is its proximity to natural areas like May River and Hilton Head, as well the employment opportunities in Savannah, Georgia. The town has added over 900 single-family homes in the past several years, and issued 400 building permits in 2013 alone.

Growth is the norm, not the exception in Lexington. The city’s population has increased steadily over 20 years, supported in the past decade by a steady stream of housing developments: Lexington Heights, Wellesley and Cherokee Village. Lexington County has had the lowest unemployment rate in the state for the past five years, and the unemployment rate was a full 5% below the state average in 2009, South Carolina’s worst year. Signs point to continued growth as more people move to Lexington for the quality schools and proximity to Columbia.

While the college town of Clemson is famous for its Tigers, it also deserves attention for its strong economy. From 2009 to 2012, Clemson saw an impressive 14.31% increase in median income. On the strength of its three universities and a manufacturing sector lead by Michelin and BMW that employees over 1,000 people, Clemson has sustained economic growth over the past several years.

This town near Charleston has recently experienced rapid population growth, which chamber of commerce officials say is likely due to its “quaint, quality and affordable lifestyles, with many big-city conveniences within arms reach.” The supply of housing in Berkeley County has increased 34.1% in the past decade, and this has been a boon for Moncks Corner. Town leaders believe in growth that preserves the area’s natural beauty, and are hoping to be the location for the new Berkeley Medical Center.

We evaluated 91 communities in South Carolina with populations of 5,000 or more. Certain places were omitted due to inconsistent data reporting.