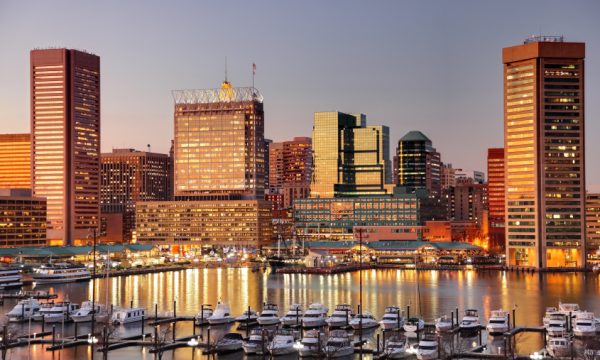 Valentine’s Day is nearly here, and that means men everywhere are starting to think about dinner reservations, gifts, chocolate, flowers and perhaps even a diamond. But some men — the single and unattached — may be asking themselves: Am I in the right place to meet the woman of my dreams?

For those looking for love, NerdWallet crunched the numbers of the 50 largest U.S. cities to find the best places for single men. Unfortunately, due to a lack of specific data, our list isn’t able to break out information for gay, bisexual and transgendered singles.


Track your credit score with our mobile app

Baltimore is best. Unmarried men have a large statistical head start here, with 125 single women for every 100 single men in Baltimore, and it’s also an affordable place for a date — it’ll cost about $70 for a typical night out for two.

Go (Mid- and South-) West. Many cities on our list have nothing to do with either coast. Single men will find plenty of opportunities for love in places like Nashville, Tennessee; Detroit, Michigan; and Fort Worth, Texas.

1. Availability of single women: We looked at the number of unmarried women for every 100 unmarried men in the city to see if the odds are in your favor.

2. Dating affordability: To calculate how much it costs to date, we looked at the price of a three-course meal for two and two movie tickets at a midrange restaurant in each city. We also considered the median earnings for workers to gauge the relative affordability of dating.

3. Social scene: We assessed date-friendliness by calculating the number of arts and entertainment businesses and restaurants per 1,000 residents in the metro area. We also included walk scores in this category to evaluate how easy it is to get around and meet people.

For more information on affordability, check out our Cost of Living Calculator.

Single guys in Baltimore have plenty of fish in the harbor. The city has 125 single women for every 100 single men, the highest ratio of all 50 cities. A dinner and a movie will cost about $70 in Baltimore, which is less expensive than most of the cities on this list.

Philly has a high ratio of single women to single men along with a rich arts culture — a big help when it comes to a night out, which is more affordable here than in other major cities. Whether it’s a concert, a museum or a cheesesteak you want to enjoy with a date, Philadelphia has you covered.

The nation’s capital is a hub for young professionals — and many are single. Washington, D.C., has the second-highest proportion of single ladies of all 50 cities, with 123 unmarried women to 100 unmarried men. Although the cost of living is quite high here, which makes for an expensive night out, the higher median incomes (kind of) make up for it.

When it comes to singles, the Big Apple is mostly female — 121 unmarried women to 100 unmarried men. But a date here isn’t cheap — a three-course meal for two and a night out at the movies is about $103, the highest of all 50 cities. However, New York’s restaurants and entertainment ensure that any night out will be a memorable one.

Boston, which topped our list of best cities for all singles, is home to a high percentage of unmarried women. The city’s colleges and universities ensure a steady supply of young, educated singles.

Nashville’s population is strong with unmarried women and the city has a vibrant cultural flavor. Fans of country music or barbecue will especially enjoy going out in Nashville, which is relatively affordable compared to other cities on this list.

With a very high ratio of unmarried women to unmarried men, Detroit offers great odds for guys looking for love. Here, your options for a date are more limited, since the city doesn’t have as many restaurants and entertainment options compared with other cities on our list. But Detroit, the birthplace of Techno, is still known for its exciting and unique music scene.

Just 30 miles west of Dallas, Fort Worth is home to a high proportion of single women and boasts an affordable cost of living to boot. It also has plenty of cultural attractions that make it a classic Texas city — museums, theaters and music venues, and for something different: the world’s largest indoor rodeo.

This city across the bay from San Francisco has one of the highest scores on our list when it comes to arts, entertainment and places to eat. Oakland is home to a vibrant artist community and a nightlife that ranges from dive bar to jazz club.

This Midwest city earns a place on our list because of the high proportion of single women (nearly 116 for every 100 single men) and its relative affordability — at $60, the cost of a date in Cleveland is the second lowest of the top 10 cities. The city boasts a vibrant arts scene, especially at Playhouse Square Center, the second-largest performing arts center in the U.S.