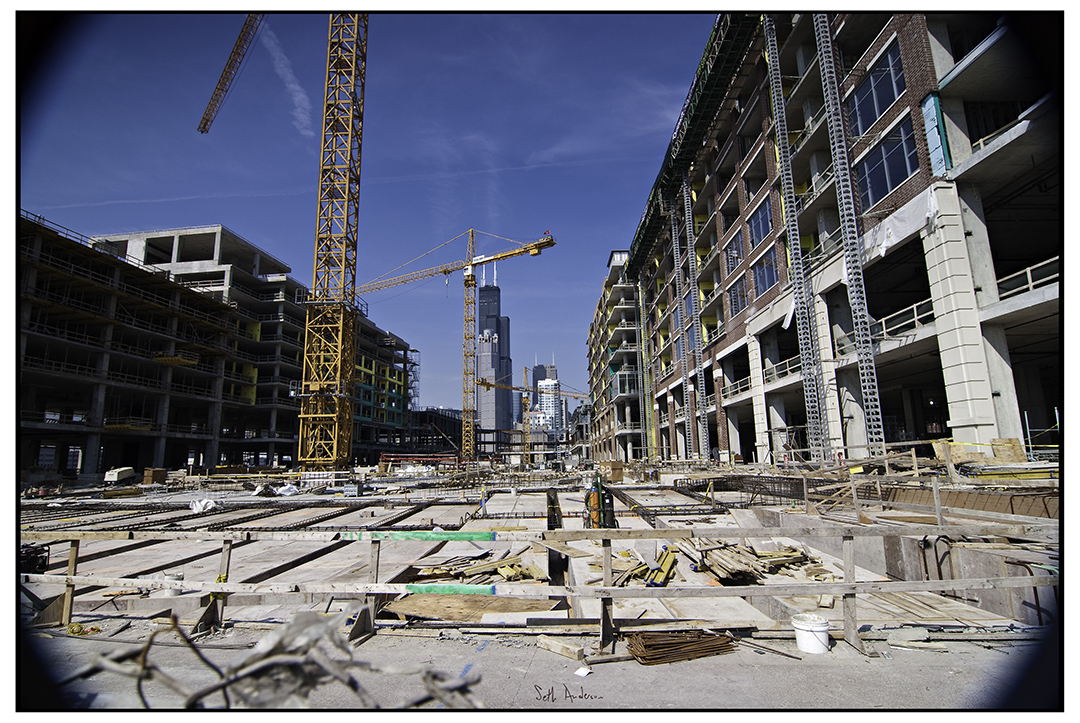 It has taken Illinois longer to come out of the recession than other states and unemployment here (8.7% in January 2014) is still higher than the national average (6.6% in January 2014). However, there are many areas throughout the state showing signs of growth. The state was the eighth-largest source of tech jobs in the country in 2012, boosted by tech companies in Chicago and startups in Champaign, our #3 city. Vibrant and diverse Chicago suburbs continue to attract new residents and support local businesses, and in central Illinois, innovative redevelopment projects like Uptown Normal are attracting new investment to the region.

Our top 10 fastest-growing cities in Illinois ranged from diverse suburbs to college towns to regional hubs. Our analysis examines the following variables to determine which areas are experiencing the fastest growth:

The Top 10 Fastest-Growing Cities in Illinois

It was Chicago Heights’ mix of employment growth, population growth and income growth that earned it the top spot on our list. In Chicago Heights, the median income increased by 10.3% between 2009 and 2012 and the city added more than 1,500 residents during that time, according to U.S. Census data. Along with new residents, new businesses are moving to town: Senior Lifestyle Corp. recently opened Prairie Green at Dixie Crossing, a new assisted living community, which features more than 100 apartments and 45 new jobs in Chicago Heights. Pita Pan, a bakery that produces flatbread for national fast-food chains, recently completed an expansion of its bakery in Chicago Heights and plans to add at least 40 new jobs. Chicago Heights is also home to Prairie State College, a community college offering two-year degrees and professional certifications.

Melrose Park’s 20.4% population growth secured this west Chicago suburb’s number two spot on our list. The Hispanic community is the largest group of the 18,641 residents in Melrose Park: 69.6% of residents self-identified as Hispanic or Latino in 2010, according to the U.S. Census Bureau. To make sure everyone has a voice in village government, the village has a dedicated Hispanic liaison to partner with the Latino community in town. City planners predict that Melrose Park’s population will reach almost 30,000 residents by 2030. Most of that growth will be among young adults ages 20-30, planners predict.

A hub of central Illinois, Champaign is home to the University of Illinois flagship campus and saw median incomes in town grow by 32.2% between 2009 and 2012. Tech companies are expanding in Champaign, including new jobs added at Intel and an expansion of the Yahoo! offices at The Research Park at the University of Illinois Urbana-Champaign. The Research Park is also supporting job and income growth in Champaign through its startup incubator EnterpriseWorks, which supports science and technology startups with lab and office space, entrepreneurship classes and the resources of the university community. The city’s population also grew by 4% between 2009 and 2012, laying claim to over 80,000 residents.

Woodstock was the filming location for the cult classic Groundhog Day, but it’s not just groundhogs that are popping up in Woodstock. The percentage of residents employed increased by 9.1% between 2009 and 2012, earning Woodstock a high spot on our list. Aside from the yearly Groundhog Day festival, Woodstock is home to large businesses including Catalent, a biotechnology company, and Centegra Hospital-Woodstock, which both employ more than 1,000 workers in the Woodstock area. Woodstock is located in McHenry County on the border of Wisconsin and Illinois, situated between Chicago, Rockford, Ill., and Milwaukee, Wis.

It was Rolling Meadows’ working-age population growth that earned it a spot on our list: its population grew by 8.4% between 2009 and 2012. Located in the northwest Chicago suburbs in Cook County near Arlington Heights, Rolling Meadows is an inclusive community with a city ride-share program, a free discount prescription drug program and bilingual city employees to welcome Spanish-speaking residents. Adding to the community’s desirability, this summer it plans to restart it weekly “farmers and food trucks” program where people can purchase fresh food, flowers and crafts from local vendors.

Berwyn’s working-age population surged by 16.1% between 2009 and 2012, one of the highest population growth rates on our list. Through a Neighborhood Stabilization Program grant from the state, Berwyn offers homebuyers 10-30% off the appraised value of newly remodeled bungalow-style homes, plus down payment assistance. Add that to the new restaurants, diverse population and outdoor activities the city has to offer, plus easy access to downtown Chicago and it’s no surprise this city is growing so quickly.

South Holland’s mix of employment growth and population growth put this village on our radar. The population of this south Chicago suburb grew by 8.5% between 2009 and 2012 and the unemployment rate in South Holland continues to drop. New businesses, including Panera Bread and Extreme Clean Car Wash, opened last summer. This summer, the Town Center Marketplace will reopen with a farmer’s market and locally made crafts and baked goods on sale each Friday. For residents looking to start a small business or recruit talented employees, South Suburban College’s Business and Career Institute offers small business counseling and continuing education and certification for adult learners.

Normal’s combination of population, employment and income growth makes this town anything but normal. Located in central Illinois between Champaign, the state capital of Springfield and Peoria, Normal saw a 4.5% population increase between 2009 and 2012 and incomes here grew by 7.8% during that same period. Normal has undergone a big change since 2009: using federal transportation money and private investment, Normal built a new town center known as Uptown Normal, with a children’s museum, a roundabout traffic circle that recycles rain water and Uptown Station, a centralized transportation hub. Dozens of local retail stores and restaurants have popped up in the new town center. Normal is also home to Illinois State University, which employs 3,251 people, making it the second-largest employer in the region.

Due west of Chicago near the large suburbs of Naperville and Downers Grove sits Glen Ellyn, which saw growth in income, population and employment, earning it a spot on our list. The median income for workers in town increased by 5.2% between 2009 and 2012. Glen Ellyn’s downtown is booming, boasting three new businesses this year and four last year. The village is also located on the Union Pacific/West Line of Chicago’s Metra commuter rail, so residents can easily commute to jobs in downtown Chicago. For future business growth, local entrepreneurs can partner with the College of DuPage, located in Glen Ellyn, to find great employees and get help with entrepreneurial development.

Population and employment growth drove Des Plaines’ ranking on our list. The city’s population increased by 6.4% between 2009 and 2012 and the percentage of residents employed grew by 5% during that same period. New opportunities continue to emerge at Metropolitan Square, a mixed-use development of shops, restaurants and condominiums in Des Plaines. The area is also home to the new Rivers Casino, offering gambling, food, live entertainment and jobs for local residents. The city is within a 15-minute drive to O’Hare International Airport and has its own stop on the Union Pacific/Northwest line of the Metra commuter rail into downtown Chicago.

2. Employment growth from 2009 to 2012 made up 33.3% of the total score. Data for the percent of employed residents comes from the 2012 U.S. Census American Community Survey 3-year estimate for all places in the state, Table CP 03.

We evaluated 119 cities, towns, villages and census-designated places (CDPs) in Illinois for this study. Places were excluded for lack of data availability for all metrics and inconsistent data reporting between 2009 and 2012.