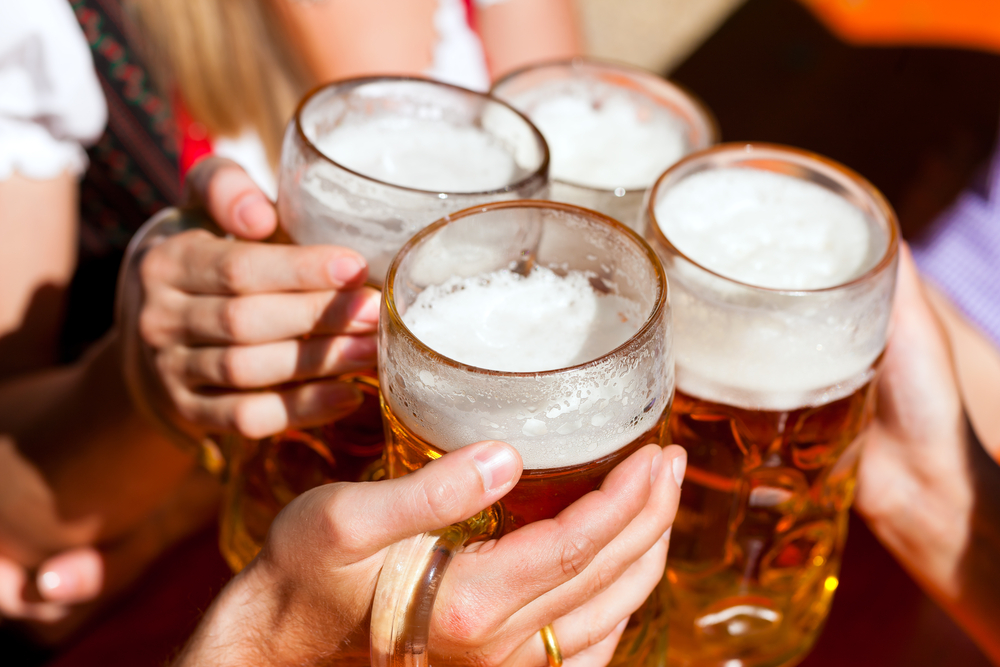 Get your bottle openers ready—St. Patrick’s Day is right around the corner. If you’re a beer lover, the amount you pay for a drink can depend on where you’re buying it. NerdWallet crunched the numbers to find the least expensive cities for beer drinkers, using the following criteria:

1.    Relative affordability of beer: We calculated the affordability of beer using the cost of a six-pack of Heineken and the median income per worker in each city. The average price of a six-pack of Heineken was used because of the beer’s availability throughout the U.S., as well as the availability of pricing data from the Council for Community and Economic Research’s Cost of Living Index.

2.    Beer tax: We factored in the state beer tax incurred in each of the cities.

3.    Beer consumption: We looked at how much people drink in each state—if there are more beer drinkers around, the city scores higher because of the relatively greater demand.

The following graph shows the ten least expensive cities for beer drinkers, with the number of six-packs a person with an average income could afford. The median income in Washington, D.C., could buy 5,060 six-packs—that’s more than 30,000 beers a year! Check out NerdWallet’s list of the least expensive cities for beer drinkers below. For more information, be sure to check out our Cost of Living Calculator as well.

The nation’s capital scored the highest of all cities, thanks to its relatively low cost of a six-pack and high median income. D.C. also offers many bars and breweries, and in the spring hosts the annual DC Beer Festival at Nationals Park, which features 120 different beers from more than 60 craft breweries.

San Francisco enjoys a vibrant dining and drinking scene, and its ranking on this list is boosted by its high affordability score—the city’s median household income is the highest of all large cities in the U.S.—and low state tax on beer. The San Francisco Brewers Guild lists 19 local breweries that beer aficionados can enjoy.

Missouri’s beer tax of $0.06 per gallon is tied with Wisconsin’s for the lowest among all 50 states. Furthermore, the state has the highest per capita rate of beer consumption—41 gallons per resident. Both of these factors, along with the below-average price of a six-pack, result in Kansas City being the third-least expensive city in the country for beer drinkers. The city hosts several festivals throughout the year, including the Kansas City Beer Fest, which featured more than 120 craft beers in 2013.

Denver is one of the best cities in the country for beer lovers and home to many breweries. These breweries are a major part of the local economy, and many also offer tours as part of their allure for visitors. They also are part of the reason for Colorado’s beer tax of just $0.08, third-lowest in the nation.

A six-pack of Heineken costs less in Omaha than in any other city among the top 10. The people of Nebraska also drink more beer per capita than in most other states. Each February, Omaha hosts an Extreme Beerfest as part of Omaha Beer Week, one of the largest annual craft beer festivals in the Midwest.

Virginia Beach scores better than average in cost of beer as well as state beer tax. According to the Brewers Association, there are 50 breweries in the state of Virginia. Local beer lovers enjoy the annual Virginia Beach Craft Beer Festival in the fall, which features craft beers from dozens of breweries and live music on the oceanfront.

Columbus offers the third-lowest price of a six-pack of the top ten cities on this list. At $0.18 per gallon, Ohio’s beer tax is also quite low. The beer lover’s festival of choice here is the Columbus Winter Beerfest, which brings over 300 craft beers to thousands of people every January.

Sin City is no stranger to beer—Nevada’s consumption rate of 35.8 gallons per capita is the third-highest among all 50 states. The state beer tax of $0.16 per gallon is also much lower than average. The annual Great Vegas Festival of Beer in Downtown Las Vegas is the city’s largest craft beer festival.

Colorado Springs is the second Colorado city in the top ten and it only ranks a few spots below Denver due to a slightly higher cost of a six-pack and lower median income per worker. The second-largest metro area in the state hosts the All Colorado Beer Festival in November, which is enjoyed by more than 3,000 beer fans.

Raleigh is tied with Denver for having the lowest price of a six-pack of the top ten cities. North Carolina is home to 71 breweries, 15 of which are in the Greater Raleigh area. The community celebrates Beer Month in April by hosting several events, including the World Beer Festival Raleigh.

The final score for each city was calculated from the following measures:

The cost of a six-pack and the median income per worker were each weighted as 40% of a city’s final score, while the state beer tax and consumption were each weighted 10%. The 48 largest cities in the U.S. were included in this study.