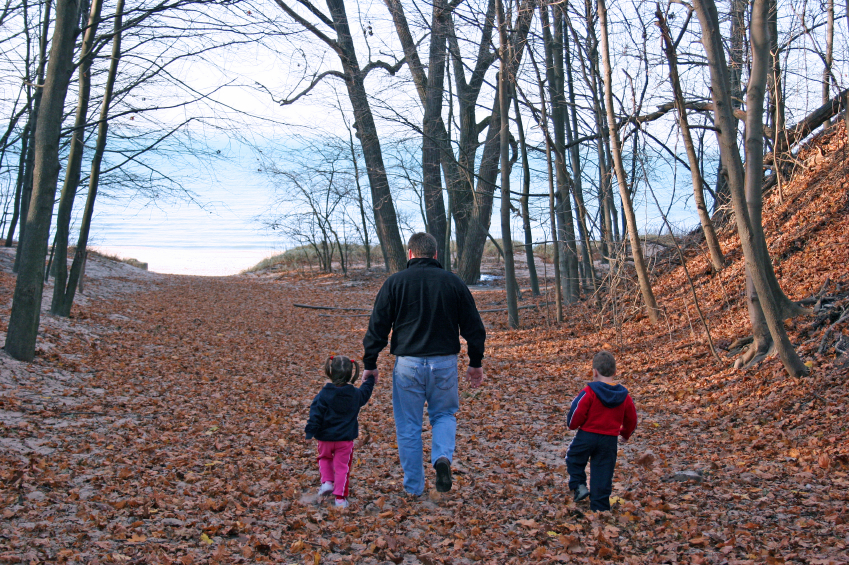 Michigan was among the states hit the hardest by the economic downturn. The state’s unemployment rate, the highest in the U.S. during the Great Recession, peaked at 14.2% in August 2009, a stunning blow to the home of the nation’s automakers, which were at the center of U.S. industry for the first half of the 20th century.

In 1950, Detroit’s population peaked at 1.8 million, and since then, it has slowly fallen to 688,000. The culmination of this decline was the $79 billion in loans and capital to help save the auto industry as part of TARP, which former President George W. Bush signed into law in October 2008.

Now, Detroit’s leaders and residents are making a serious effort to revitalize Motor City, with an investment of over $1 billion in downtown by Billionaire Dan Gilbert, who aims to help turn the city into a magnet for startups and tech talent.

The passion and optimism running through Detroit are also again spreading through the rest of the state as jobs, capital and confidence return. By November 2014, Michigan had closed the unemployment gap, and the jobless rate of 6.7% was less than 1% above the national rate.

NerdWallet found the communities in Michigan that offer young families the best combination of solid schools, great neighbors and affordable housing. Here’s our second analysis of 173 cities, towns and census-designated places in Michigan.

Small towns dominate. The average population of the top 10 is 9,086, but many of these small towns are closely linked, both geographically and economically, with Michigan’s larger cities.

Expensive and affordable. The average median home value in the top 10 cities is $152,520, which is higher than the statewide median home value of $103,500. However, homes in Michigan are below the national median of $176,700, which means that even the more expensive cities are affordable.

Wide geographic footprint. From St. Joseph in the west, to Lambertville in the east and up to Iron Mountain and Ishpeming in the Upper Peninsula, the top 10 cities are spread across the state.

Prosperity and growth. Looking at current and past family incomes, we calculated the income of residents, as well as the projected long-term growth of each city.

Quality of education. We looked at ratings at the popular site GreatSchools.org to find the best schools.

Family friendliness. This year, we added a new component to our methodology — the percentage of families with school-age children and the poverty rate for young children. This measure helps determine if an area is not only affordable for families, but also a healthy one for children.

NerdWallet crunched the data for 173 places in Michigan — cities, towns and census-designated places. Only places with over 5,000 residents were analyzed. To see the full data set, click here.

This community may be one of the smallest places in the top 10, but it makes a big impact as one of the most family-centric places in the state. Freeland has the largest proportion, 37%, of married family households with children in the state. A series of annual events fill the calendars for young families, including the Walleye Festival, which features a fishing tournament, 5K and 10K races and the popular Walleye Parade, and Arts in the Park that highlights the work of local artists in a setting with wine and cheese tasting.

Even though this community is tucked into the extreme southeast corner of Michigan, it isn’t forgotten among young families:  the proportion of households with children is among the highest in the state. Lambertville is also close to some of the best amenities in Toledo, Ann Arbor and Detroit. Whether you crave afternoon hiking through Indian Creek Park or watching the Toledo Mud Hens, Lambertville offers many of the conveniences of a small town, but with access to larger cities.

The community, tucked in the middle of Michigan’s western population centers — Grand Rapids and Kalamazoo — strives to maintain its own unique culture and tradition. And this year will bring the 79th edition of the annual Byron Days Festival. Nearby Kent Trails, a converted rail right of way with 15 miles of paths for biking, jogging and skating, is perfect for burning off that sundae from Houseman’s Ice Cream in downtown Byron Center.

This suburban Detroit city may have the highest median income in the state and expensive housing, but the cost of living pays dividends for young families. Huntington Woods has an excellent elementary school, which received a GreatSchools rating of 9 out of 10, and 80% of residents 25 and older have at least a bachelor’s degree — more than triple the statewide rate. Residents have made a long-term investment in Huntington Woods with a homeownership rate of 94.5%, which is 20% higher than the statewide figure.

This city may have a downtown set on Anchor Bay and a recent record of strong economic growth, but the most striking quality is its level of community involvement. Bay-Rama, a local volunteer organization, not only puts on the Fishfly Festival, New Baltimore’s largest annual event, but it also raises money for a number of investments in the community, from renovating parks to a scholarship fund for local graduates.

The self-proclaimed “Riviera of the Midwest” makes the most of its stunning location on Lake Michigan that draws visitors from across the region. St. Joseph’s downtown features art galleries, bed and breakfast accommodations and cafes, and it is only a short walk from Silver Beach, one of the top beaches in the country. It is the only city in the top 10 with a perfect 10 score from GreatSchools, and as an added bonus: median family incomes have more than doubled since 1999.

Yoopers, rejoice. Iron Mountain has the distinction of being one of two places in the top 10 in the Upper Peninsula — after the U.P. was shut out of NerdWallet’s previous rankings. Downtown Iron Mountain hosts a series of events throughout the year — including Italian Fest and the Downtown Christmas Walk. Even with a closely-knit community and some of the best scenery in the country, Iron Mountain is still one of the most affordable places in the state, with the median home value 35% below the statewide figure.

This city has quality schools, which earned it a GreatSchools score of 8, and median family incomes since 1999 have grown 60%, higher than the top 10 average of 53%. Active families will find plenty to love on the Huron Valley Trail, a paved 25-mile former rail right of way that features events throughout the year. The annual pumpkin festival and a summer concert series in the town’s elegant Victorian gazebo are among the most popular draws.

Even though Berkley is only 17 miles from Detroit, the city defines its own culture and character. The downtown area welcomes walkers and it is full of local small businesses. From morning doughnuts at the Doughnut Cutter to evening cocktails at Amici’s, the neighborhood is a busy one. Residents can expect to allocate about 20% of median monthly income on select homeownership costs — the lowest rate in the top 10.

The second of the U.P. towns on our list, Ishpeming was originally built as a mining town, but it’s now famous for skiing. The ski club that became the U.S. Ski and Snowboard Association began in Ishpeming, and the city is home to the U.S. National Ski and Snowboard Hall of Fame. This year marks Ishpeming’s 128th annual Ski Jumping Tournament.

Check out this interactive map of NerdWallet’s top 10 cities for young families in Michigan. Click on an icon to see each place’s overall score.

A family walks toward Lake Michigan in this image via iStock.