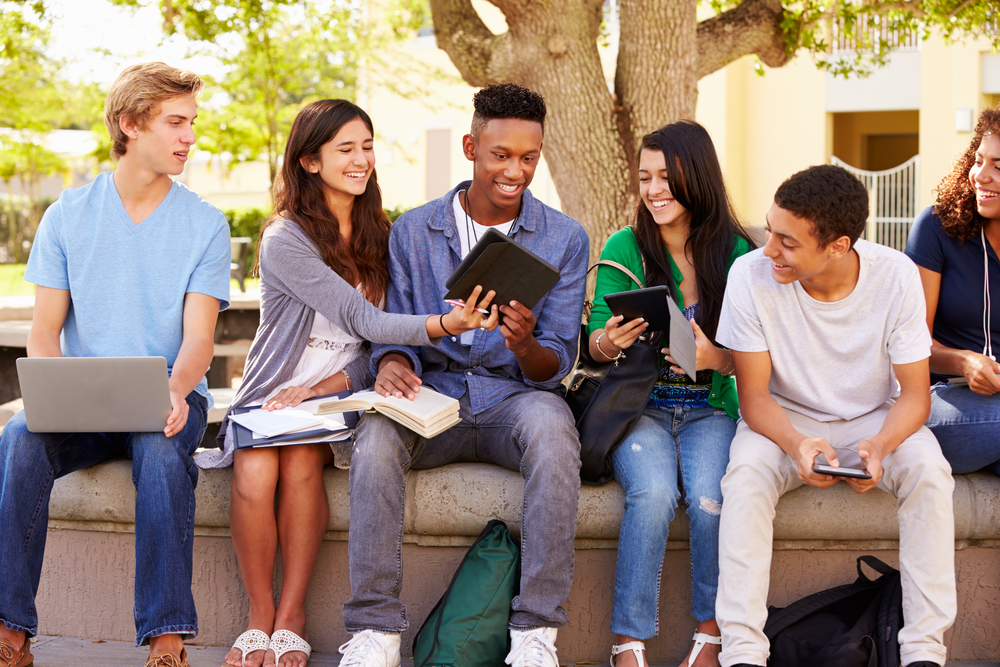 It’s the American Dream: a beautiful home in an affordable community, where parents can feel comfortable raising their kids. And for many families, this means finding a place with a great school district.

But in some cases, that’s easier said than done. Even in Massachusetts, a state known for the quality of its education, the most sought-after school districts often are in the wealthiest towns, such as Weston or Newton. And that means the best schools can come with a hefty price tag.

Yet school quality doesn’t always correlate with housing costs. There are many affordable cities with great schools, and many towns where better schools offset the moderate premium of living there.

We set out to help families find these hidden gems. Using school quality and cost-of-living measures, NerdWallet has discovered the Massachusetts school districts that best represent the most “bang for your buck.”

Here’s how we determined the best school districts in Massachusetts:

We evaluated 226 unified and secondary school districts in Massachusetts. All data are from the U.S. Census Bureau or the Massachusetts Department of Elementary and Secondary Education. To see the full data set, click here.

Best school districts for your buck in Massachusetts

Westford topped our list for “Best Schools for Your Buck” on the strength of its graduation rate of 98.5%, the fourth highest in the state, and its relative affordability with median home values under $450,000, according to the most recent census data. While Westford boasts high rankings for its elementary and middle schools — including Day Elementary and Blanchard and Stony Brook middle schools — it’s best known for Westford Academy, the high school. The school’s test scores set it apart: 98.9% of 10th graders received the “Advanced” score on the MCAS. The school offers a range of Advanced Placement courses, including computer science, studio art and music theory. Given the quality of coursework available, it’s not surprising that 92.5% of Westford students went on to higher education, the third highest in the state.

Belmont schools are used to receiving accolades, which isn’t surprising given the high level of student performance in the MCAS and the SAT. In addition to high standardized-test scores and graduation rates, Belmont also offers an outstanding array of extracurricular activities. String orchestra lessons are offered as early as third grade, and the strong music programs carry on into high school. This year, the Chamber Singers and Concert Chorale earned gold medals at the Massachusetts Instrumental and Choral Conductors Association festivals. Those wishing to compete in athletics can join Belmont’s Rugby Association, winner of the 2012 state championship.

One of the most-affordable districts in our top 20, Holliston doesn’t sacrifice quality for affordability. The district boasts a 97.8% four-year graduation rate, and 98.9% of 10th graders scored “Advanced” on the MCAS. Extracurricular programs are also strong, and in 2014, Holliston was one of a select number of high schools that competed in the FIRST robotics competition. For parents of younger children, Holliston’s Sam Placentino Elementary School offers French Immersion and a Montessori curriculum, in addition to traditional education.

Mansfield provides a healthy mix of brains and brawn. The school district combines a high graduation rate of 94.4% with recognized dominance in several sports, most notably its high school football team, which won Division II state championships in 2004, 2010 and 2013. Home values were the most affordable of our top 10, making Mansfield a true contender for getting the most education value for the money.

In addition to high marks for school quality, Hopkinton offers an array of unique courses. High school students can take journalism for the 21st century, comparative zoology, Mandarin, AP art history and AP computer science. Hopkinton has also competed in the FIRST robotics championship and won the Connect Award for its success in getting younger students interested in robotics.

The most affordable school district in our top 20 when it comes to housing, Littleton is a strong example of the best “bang for your buck.” The district is proud of the fact that it spends 16% less per student than the state average, while still boasting a 92.6% four-year graduation rate, and a 97.9% rate of “Advanced” MCAS scores among its 10th graders. Littleton school district also emphasizes community involvement by requiring high school students to complete 50 hours of community service through the district’s nonprofit partnerships. Academically, students are able to participate in a range of competitions, including the Harvard-Mathematics Tournament and the National Latin Exam, where Littleton has had several gold and silver medal finalists.

Medway School District demonstrates excellence from the bottom up, with a 9 out of 10 rank at GreatSchools.org from elementary all the way through high school. The district, which excels in all of our metrics, is most notable for its four-year graduation rate of 98% and its MCAS score. Medway High School also has been recognized by Gov. Deval Patrick for its unique distinction of providing some of its own power with solar panels. And when it comes to housing, you won’t have to break the bank to live in Medway — its median home value was $373,000, the second-most affordable home price in our top 10.

With 98.9% of students scoring in the “Advanced” category, Berlin-Boylston has the highest MCAS score out of our top 10. The district serves students in Tahanto Regional Middle-High School, which is for students in seventh to 12th grade. The third-most affordable district in our top 20, Berlin-Boylston demonstrates across-the-board strength in education, with a graduation rate of 95.7%, and a solid 91.3% of students going on to higher education.

Medfield has a lot to be proud of when it comes to education. It boasts the highest four-year graduation rate in the state — 99.1% — and the fifth-highest rate of graduates attending higher education. The district’s SAT average of 1761 was tied for second highest in our top 10, and it has consistently made the College Board’s AP district honor roll. Medfield’s music program has won competitions, including gold medals by the high school jazz ensemble at the all-state competition and silver medals by the concert band and orchestra.

Do the data tell the truth? Let us know in the comments comments section below.

Top 20 best school districts for your buck in Massachusetts

The score for each district was derived from these measures:

1. Housing Cost for each school district was 30% of the total score. Housing cost was calculated by averaging the district index score for median home value and selected monthly homeowner costs for the school district. The more affordable the area, the higher the cost score. Data came from the 2012 DP04 from the U.S. Census FactFinder.

2. Standardized Testing Score was 30% of the total score. District scores from 2011-12 were calculated by equally weighting state indexes for the percent of 10th-graders who scored “Advanced” on the MCAS and the SAT scores of a district. Data was provided by the Massachusetts Department of Elementary and Secondary Education.

3. College Readiness for the class of 2012 was 30% of the total score. College readiness was a combination of a school district’s high school graduation rate, which is the percent of students who graduate in the standard four years, and the percent of students going on to colleges and universities, both two- and four-year institutions. Data came from the Massachusetts Department of Elementary and Secondary Education.

4. Student-to-Teacher Ratio was the final 10% of the score. Data was provided by Massachusetts Department of Education.

We evaluated 226 unified and secondary school districts in Massachusetts for this study.