Stopovers — a break in air travel more than 24 hours long — give travelers the chance to explore a city that may be en route to or on the way back from their final destination. There’s nothing quite like getting two vacations for the price of one, but stopovers aren’t as available as they used to be.

But for United loyalists, there is a loophole.

Members of the United MileagePlus program have the option to incorporate free stopovers into award itineraries.

Your trip has to begin and end in the same region, and your third flight has to be within a single, separate region. That means you could fly from New York to Paris, Paris to Rome and from Rome to New York for 60,000 miles — the price of two one-way Saver Award tickets between the U.S. and Europe.

Or, for example, fly from Chicago to India, India to the Maldives, and from the Maldives back to Chicago, for the price of two one-way award tickets between the U.S. and Asia.

To book the Excursionist online, select a three segment multicity itinerary that’s within the program’s rules. You’ll be charged miles for two legs of the trip but not the third.

If you’re hoping you can squeeze in a first-class hop between two economy class flights, you’re out of luck. The cabin of service for the free segment of your trip has to be in the same class of service or lower as the other segments. If you’re using your miles to splurge on business- or first-class travel, you can stretch that splurge further on the third flight.

You can redeem the Excursionist Perk only once per itinerary, and you’ll want to keep United’s region definitions in mind as you’re planning. United considers Hawaii, Mexico and Japan to be independent regions. Asia is broken into three regions, not including Japan. South America is broken into two regions. Europe is considered a single region, making it one of your best and easiest options for Excursionist Perk redemption.

Planning a trip? Check out these articles for more inspiration and advice:
Pros and Cons of United’s Huge Premier Status Changes
6 Things to Know About United Lounges
How to get started with frequent flyer programs 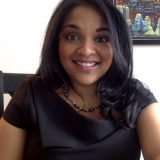 Meena Thiruvengadam is a freelance writer based in New York. Her work has been featured by The Wall Street Journal, Business Insider, USA Today, Yahoo Finance and Travel + Leisure. Read more