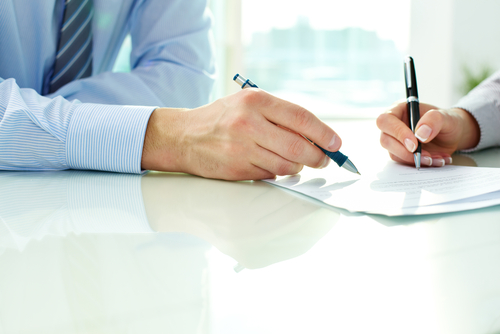 In the past, young people could get their own “starter” credit cards as soon as they began college or entered the work world. But the Credit Card Act of 2009 sharply restricted this rite of passage. Now it’s much more difficult to get a credit card if you’re under 21. One way to make it easier is by lining up a co-signer — someone who agrees to pay the debt on the card if you don’t.

You aren’t necessarily required to get a co-signer under 21, but unless you have substantial income of your own, you may need one.

It used to be very easy for college students, in particular, to get a credit card. Issuers would set up stands on campus on “move-in day” and sign up students for cards. They’d even offer free T-shirts, food or other giveaways for applying. This is how an entire generation was introduced to credit. Some used their cards sparingly and responsibly. But many went wild, running up debts and starting their financial lives deep in the hole.

Enter the Card Act, which banned the use of giveaways and made it illegal to issue a credit card to applicants under 21 unless those applicants met one of two conditions:

Many young people are in school or don’t work enough hours for their incomes to qualify, so a co-signer is often necessary. This can be a serious roadblock, since co-signing is a big responsibility that a lot of people don’t want to take on. The co-signer is putting their own credit score on the line; if the cardholder runs up big debts or misses payments, it can trash the co-signer’s credit.

Issuers move away from co-signers

Complicating matters, major card issuers have been moving away from offering the co-signer option, preferring instead to issue cards only to those who have independent means to pay the bills. If you need a co-signer, you may be better off going to your local bank or credit union than a major nationwide issuer.

The Card Act didn’t just affect young people. It tightened up lending standards for anyone seeking a credit card.

This is because in order to qualify for a card, you must be able to prove that your independent income is substantial enough to make the card’s payments, no matter what your age is. Of course, this is doable for most people working full time. But if you’re over 21 and can’t meet the income requirement, you’ll have to find a co-signer.

While the Card Act has been successful in reducing costs and increasing transparency for consumers, one major flaw came to the attention of policymakers in 2012. The part of the act that requires borrowers to have an independent income was preventing stay-at-home parents from getting credit in their own names.

In response, regulators adjusted the requirements to allow credit card applicants to include in their income any household income to which they have “reasonable access.” But this rule applies only in cases where applicants are 21 and older. It doesn’t help young people.

One way to get your hands on a credit card without having to go through the application process at all is to become an authorized user on someone else’s account. An authorized user gets a card with their name on it that they can use to make purchases, but the responsibility for payment lies with the primary cardholder. The most common arrangement is for a parent to make a child an authorized user, but it could be another relative, a friend or a spouse or partner. There’s still a risk to the primary cardholder, since the bills are all in their name.

Most major credit card issuers allow authorized users, making this arrangement easier to set up than a co-signer relationship. See our guide to authorized user status for more information.

I apply for a new credit card with limit of: