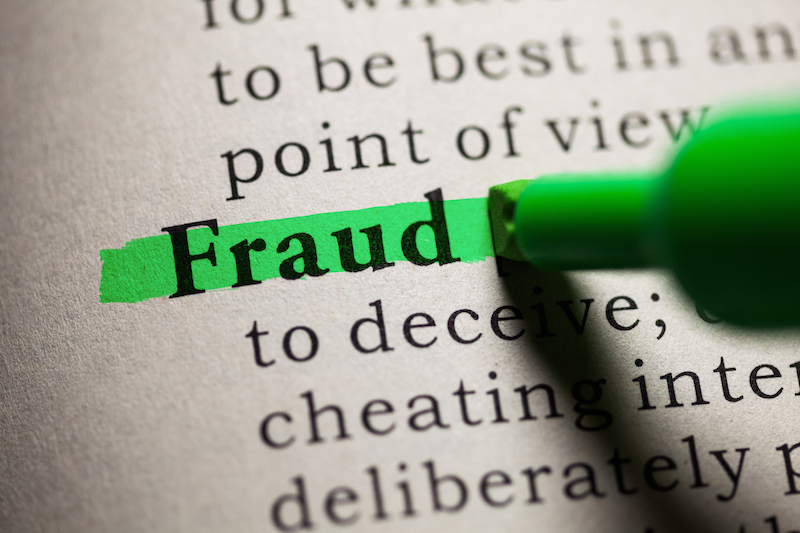 It may seem silly to learn some of the most common forms of credit card fraud, but knowing the terms may come in handy. You may find yourself a victim and need to explain what happened to a credit card rep in order to dispute the charge. Using the right term can help them understand what may have happened. Terms may also help you understand a security breach at a third party, so you know how much risk you’re at.

Truthfully, the most important reason for knowing these terms is knowing what activity they imply. That gives you awareness if you sense something isn’t right. You’ll be able to identify fraud happening, possibly at the moment it occurs, if you are aware of all the different possibilities for fraud.

Most of all, we’re Nerds. We like telling you this stuff.

Bust-out fraud — When the available credit is increased on a credit card.

Card-not-present — A common form of fraud that occurs when your card is somehow not present at the time the purchase occurs. This will occur most often with Internet transactions (though it’s not fraud if you’re doing the charging). Your card information may have been compromised by a third party security breach, skimming or cloning (see below).

Chargeback — Legitimate chargebacks exist, but fraudulent ones are when the card issuer reverses the amount charged by a merchant … back onto the merchant. This permits a thief to continue using a card while still retaining the purchased items. It creates a kind of bottomless well of credit because the credit limit never gets reached. The merchant often gets hit with big fees and is also out of the item sent.

Child identity theft — When a child’s information, especially Social Security number, is stolen and credit accounts are set up in their name. This is a great reason to pull your child’s credit report at least once a year.

Cloning – Using stolen credit card data, often from skimming (see below), to create a fake credit card. The data is often encoded onto a magnetic strip of the fake card.

Credit card fraud — A catch-all term for when your credit card is used without your authorization, or when it is used by yourself or others and neither pays the bill. That’s right – if you use the card and have no intention to pay the bill, you are committing fraud.

Dumpster diving — Sorting through someone’s garbage with the hope of finding personal information that can be used to commit fraud against that person.

EMV – A new security feature for credit cards which requires a microchip and PIN number on a card to make a charge.

Familiar fraud — This is essentially impersonation, when someone you know pretends to be you in order to get your personal information.

Fraud – This is the general term that encompasses any attempt, using some form of misrepresentation, to steal assets of another party. There are both federal and state definitions as to what specifically constitutes fraud.

Fraud ring — A group of people who commit fraud.

Friendly fraud — When you charge something and deliberately engage a chargeback in order to keep the items you purchased without paying for them.

Medical fraud — Stealing someone’s personal information to obtain medical care. It can sometimes be used to bill private insurance or Medicare and then get reimbursed for services that may or may not have been provided.

Phishing — Usually done via an email that appears to come from a legitimate source, it’s actually an attempt to get you to provide personal information to a phony source. The thieves then use that information, often usernames and passwords, to commit fraud. These solicitations have many tell-tale signs, of which typos and poor grammar are the most common.

Shoulder surfing — When someone looks over your shoulder when you’re in the process of entering a PIN. This is just one reason why ATMs have wide-angle mirrors.

Skimming — A popular method of stealing credit card and other information. A skimmer is a small device that acts, and even looks like, a legitimate credit card scanner. It can be placed onto gas pumps or in ATM slots. It can be hidden behind counters at restaurants. You think you are engaging in a legitimate transaction, but the skimmer collects the data from your magnetic strip.

Smishing — The same as phishing, but the scam message comes via cell phone text message. You are asked to call a toll-free number, and led through an automated voice-response protocol, just like when you call your credit card company. You get asked to enter your credit card number, your CCV, and ZIP code.

Sniffing — Intercepting Internet traffic passing through a computer network. It’s a bit like eavesdropping on data passing through the network and grabbing up data that can be used for fraud.

Synthetic fraud — Combining fake and real information about a person, in an attempt to create a whole new identity under which new credit accounts can be opened.

Vishing — Just like phishing, but a thief tries to steal personal information by installing software on your computer via video file.