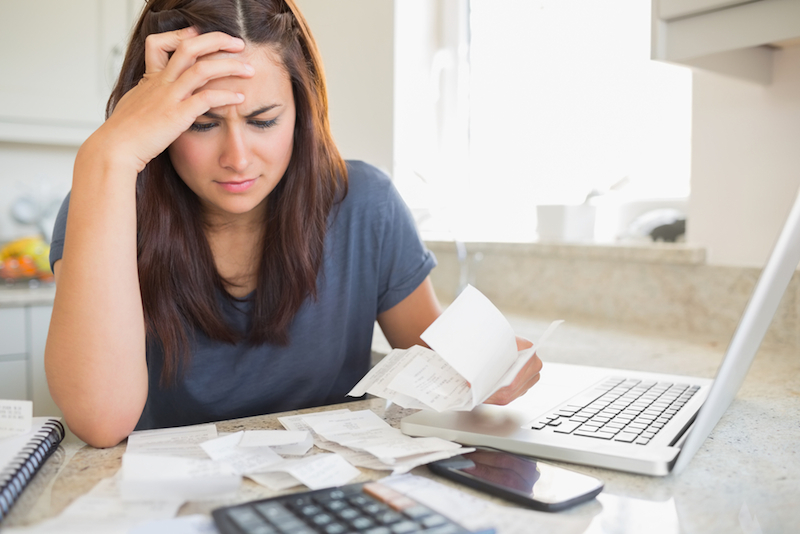 There are few things more frustrating than being hounded by debt collectors for a debt you owe, but I can think of one — being hounded by collectors for a debt you don’t owe. Unfortunately, this is not an uncommon practice. In fact, “continued attempts to collect debt not owed” makes up the highest percentage of all debt collection complaints, according to the 2014 CFPB Annual Report, the Fair Debt Collection Practices Act.

Why are people being harassed for debts they don’t owe?

The Consumer Financial Protection Bureau report showed a whopping 34% of the 30,000-plus debt collection complaints were from people who didn’t feel they owed for one reason or another. These complaints were categorized as follows:

So who really owes these debts? It could be another person with a similar name or someone completely random. And, of course, it could be an old debt that should’ve been reported as collected or discharged. Regardless of who it belongs to, debt collectors don’t necessarily stop calling even if consumers claim the debt doesn’t belong to them.

What should you do if you don’t owe the debt an agency is trying to collect?

Debt collectors have rules, although you’ve probably heard stories of these rules being broken. They are not allowed to harass you, make false statements or threaten you in any way. Know your consumer rights and be prepared with strategies to handle debt collectors.

If a debt collection agency keeps calling you after you’ve told them you don’t owe the debt, you can send them a letter either explaining you don’t owe the debt or asking for a verification of the debt. Legally, they can’t keep calling you after receiving this letter within 30 days of validation. However, if they send you a verification of the debt — like a copy of the bill for the amount you owe — legally, they’re allowed to keep calling.

Is there anything else I should know?

The name of the debt-collection game changed in 2013, thanks to rules from the CFPB. Starting in January 2013, the bureau has supervisory authority over any agency with more than $10 million in receipts from debt collection. In November 2013, the bureau also released the Advance Notice of Proposed Rulemaking (ANPR), which it is using to collect information on a number of issues, like the accuracy of data used by collectors and the tactics used to recover debts.

Aside from creating new rules for collection agencies, the CFPB is also trying to help consumers respond to any issues. It released a series of sample letters for people to use when responding to debt collectors. The sample letters include responses for when you don’t owe a debt, when you want a collector to stop contacting you, when you want more information about the debt, and more. For links to the various templates, check out the CFPB site.

If a debt collector calls you about a debt, whether it’s yours or not, know your rights. You don’t have to put up with being bullied or threatened, and you should report any inappropriate behavior to the CFPB.