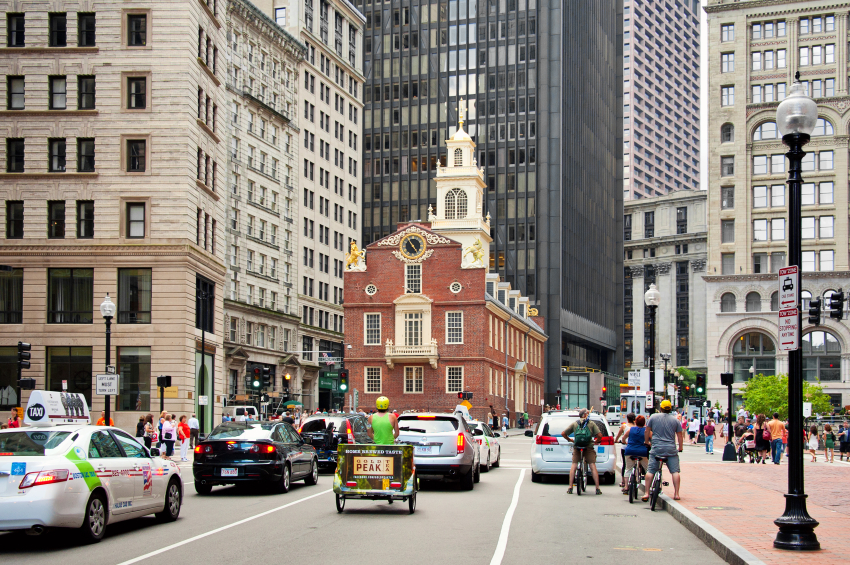 Forget the Pilgrims and the Boston Tea Party and the whole start of the American Revolution thing: The Bay State’s real notable contribution to history came back in 1927, when car insurance in Massachusetts became a requirement, marking the first time a state had ever mandated auto coverage in the U.S.

Still today, Massachusetts drivers are legendary, but not in a good way. They’re regarded as terrible drivers. Allstate has the proof in its “America’s Best Drivers Report,” which kicks three Massachusetts cities (Worcester, Boston and Springfield) to the worst for collisions among 200 cities nationwide.

But it’s not all bad news. On average, Massachusetts drivers will spend $1,118.59 a year for car insurance, only slightly more than the national average of $1,099.71. Personal driving record, mileage and years of driving experience will have a large impact on your insurance costs. Your location can also play a big role in determining your insurance premium. Drivers in areas with more people, traffic and higher car theft rates will likely face costlier insurance.

NerdWallet crunched the numbers to find out how much the average insurance premium in Massachusetts can range by location.

Location matters. Depending on where you live in Massachusetts, you could be paying $1,047.75 more for car insurance. Folks in Chelsea pay the most for car insurance at an average of $1,875.25 annually. In contrast, drivers in Nantucket and Greenfield pay the least at $827.50 a year.

In contrast, nine locations in the top 10 cheapest places for car insurance, including Northborough and Maynard (both at No. 3) and Franklin (No. 7) have lower-than-average car theft rates.

On the other hand, car owners in areas like Greenfield, which has a population density of 814.7 people per square mile, enjoy the lowest insurance costs in the state.

Shopping around for car insurance can soften the blow of insurance prices because premiums and discounts for the same driver and coverage can vary greatly among insurance companies.

Most expensive places for car insurance in Massachusetts

We averaged premiums from the three cheapest carriers.

The estimated costs are for illustrative purposes only. Your own rates will be different.