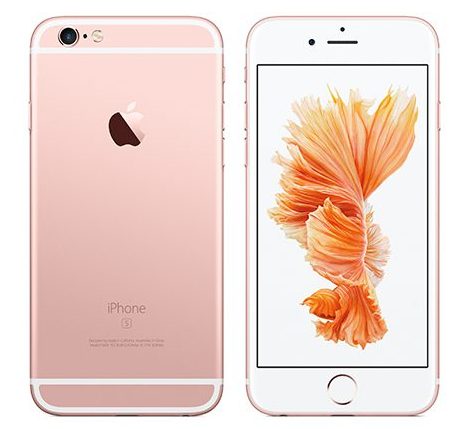 This month, Apple announced the iPhone 6S and the iPhone 6S Plus at an event in San Francisco. And with consumers already scrambling to get their hands on the fancy new smartphones, the company predicts that preorders for the phones — which officially hit stores Sept. 25 — will surpass 10 million units.

So should you join the masses and become a proud new owner of an iPhone 6S? Or will your current iPhone 6 fit the bill? We compared the two to help you decide before you buy.

Apple announced more than just new iPhones. Find out what else the company debuted at the event.

The phones: Up-close and personal

Appearance-wise, you may not be able to tell too much of a difference between the iPhone 6 and 6S. They both have a 4.7-inch display and are about the same thickness and weight.

There is a difference with regard to color, though. You can get the iPhone 6 in space gray, gold or silver, but the iPhone 6S comes in gold, silver, space gray and the new rose gold finish.

If you’re trying to tell apart these two phones, it all comes down to the features. One of the biggest differentiating components of the iPhone 6S is its camera. The iPhone 6 in silver and space gray.

The phone has a 12-megapixel camera (compared to the 6’s 8-megapixel) on the back. It also features something called Live Photos; when you press on a still photo, it turns into a mini moving video. And as for video capture, the new phone is capable of 4K video recording. The iPhone 6 lacks both Live Photos and 4K recording.

Also noteworthy is 3D Touch, which is exclusive to the iPhone 6S and the iPhone 6S Plus. It recognizes the amount of pressure you apply, and offers further functionality based on the amount of force. For example, you can “peek” at emails before you fully “pop” into them to read them.

Additionally, if you like filling your phone with lots of pictures and videos, pay attention to the storage component.

Note: With the release of the 6S and 6S Plus, Apple discontinued the 128GB and gold versions of the iPhone 6. But you can still find those versions elsewhere.

The operating system on the new iPhone 6S is iOS 9.

While iOS 9 comes standard on new iPhone 6S models, it can also be downloaded on the iPhone 6. This means you’ll still be able to enjoy the benefits of iOS 9 on last year’s model, but keep in mind that not every feature will be exactly the same. For instance, the iPhone 6 with iOS 9 is capable of playing Live Photos, but it’s not capable of taking them.

If you don’t want to pay all at once, Apple launched a new Upgrade Program that allows consumers to make 24 monthly payment installments for the new phone with the option to upgrade to a new phone after 12 months. This payment plan also includes AppleCare+ phone protection coverage, which alone costs $129.

Need to know how you’re going to pay for that new iPhone? Understand your payment options for the iPhone 6S.

You can get your hands on the iPhone 6 at any time, as it came out last year.  The 6S, on the other hand, is only available for preorder right now. It’ll officially launch at Apple stores at 8 a.m. on Sept. 25.

Read between the lines

If you’re hoping to venture into the iPhone space for the first time, you may want to spend the extra $100 for the latest model.

However, if you already have an iPhone 6, and none of the new iPhone 6S features look incredibly appealing to you, hold off on making a purchase. After all, if Apple keeps on its normal track of product releases, you can probably expect an iPhone 7 to land sometime next year. At that rate, by September 2016, your 6S may already be outdated.