» This offer has expired

Amirah Raveneau-Bey, who leads the sales and account management team at NerdWallet, knows how difficult it can be to book a family vacation using the restrictive rewards most airlines offer. That’s one reason she ditched her old airline credit card and started using the Southwest Rapid Rewards® Premier Credit Card.

With Southwest Airlines, “You don’t have to worry about baggage fees or change fees. It just makes it a lot easier,” Raveneau-Bey says. She doesn’t have to book award travel almost a year in advance, as she used to do with American Airlines. Southwest is one of the few domestic airlines that offer the same seating availability whether you’re paying with points or dollars. Over the past few years, Raveneau-Bey has used Southwest points to book several spur-of-the-moment weekend getaways with her husband and two kids.

Here’s what Raveneau-Bey says about her experience with the card.

What inspired you to apply for the Southwest Rapid Rewards® Premier Credit Card?

The opportunity to earn Southwest companion passes is what attracted Raveneau-Bey.

About two years ago, her husband found an online limited-time offer for the Southwest Rapid Rewards® Premier Credit Card that promised one of these passes after meeting a certain spending threshold. 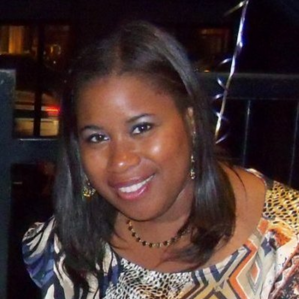 “He said, ‘OK, we both need to get [the companion passes]. Then when we get them, the kids are taken care of,’” Raveneau-Bey says. A Southwest companion pass, which you can get after earning 110,000 qualifying points — or 125,000 points, starting in 2020 — allows one passenger to travel with you for free for the remainder of the calendar year, and the following calendar year. (The Southwest Rapid Rewards® Premier Credit Card’s current sign-up bonus will get you partway there.)

So Raveneau-Bey and her husband both applied for the card, and earned two companion passes — enough to cover free airfare for their kids for over a year.

“I was on a mission for using it for every single purchase, every single thing I did, so I could get a companion pass,” Raveneau-Bey says. “I became the total Southwest credit card fiend. I booked everything in there. I looked at all their travel partners. I looked at my car rentals. … I made them a VIP in my email inbox” to get notified about new promotions.

After qualifying, the family made the most of the passes by booking weekend getaways whenever the kids had school holidays — seven trips in all. They traveled to San Antonio, Chicago, Phoenix, San Diego, New York City, Seattle and Sedona, Arizona, visiting family and longtime friends. They even made a trip to Legoland.

» MORE: How to earn a Southwest companion pass

How else have you used your card?

Last year, Raveneau-Bey used her card to pay for construction expenses, after a house fire damaged her kitchen.

Almost everything in the kitchen needed to be replaced. While homeowners insurance covered the cost, the claim wasn’t processed instantly, so Raveneau-Bey had to find a way to finance the immediate expenses. Dealing with the damage, insurance claims and construction costs at the same time was stressful.

“I said, ‘We had a house fire, and we’re in the middle of dealing with insurance. [The contractors] need to start working, and we need to pay for materials. … I’d rather use my credit card as a conduit and get points on it,’” Raveneau-Bey says. The representative called her back soon after. “She said, ‘Hey, go check your account. We took care of it.’”

When Raveneau-Bey logged on to her account, she was surprised to see that Chase had increased her limit by $10,000 — double what she had asked for.

She used the card to cover the contractor’s bills. And when the insurance check came in the mail later that month, she paid down the credit card balance in full.

“I was super impressed that I didn’t have to fill out an application” for the limit increase, she says. “Amazing service.”

“The multiplication of points. They’re connected with so many vendors,” Raveneau-Bey says, referring to Southwest’s hotel and car rental partners.

On a recent trip to Las Vegas, she was surprised to find that she could earn extra by using her card at an M life hotel. She didn’t realize M life, a Las Vegas hotel partnership that includes Excalibur, Bellagio, MGM Grand and others, was a Southwest partner until the representative at the counter noticed her Southwest Rapid Rewards® Premier Credit Card and mentioned the bonus. In addition to earning 2 points per dollar spent, the card gets you an extra 600 points — effectively $6 — for staying at the hotel, plus an additional 150 points if you book the hotel through Southwest, according to its website, which lists all the airline’s partners. Other hotel chains, such as Hyatt and Marriott, and car rental companies, such as Hertz and Avis, have similar offers.

“I was like, ‘Can I go back [and get the points] for yesterday?’’’ Raveneau-Bey says.

Southwest also markets good deals on flights throughout the year, she says. Prices often dip into the double digits during promotions, which are advertised on the airline’s Facebook page and through email blasts.

“One thing that always annoyed me was I could always bring a companion with me. But I couldn’t get an ‘A’ ticket,” Raveneau-Bey says. “I felt like it was easier to get a companion pass than it was to get [A-List status].”

Southwest “A” boarding passes let you board first. They’re especially helpful when you’re traveling with family, since Southwest doesn’t have assigned seating. But getting A-List status — which gets you priority boarding privileges automatically — is difficult. You need to get 35,000 “tier qualifying points” — that is, points earned from flights and spending on the Southwest Rapid Rewards® Premier Credit Card, but not including “bonuses or promotions,” according to the website’s fine print. A-List Preferred status requires even more of these points.

But “A” boarding passes aside, Raveneau-Bey is happy with the card.

“I tend to use my Southwest credit card for everything,” she says.