From royal affairs at Westminster Abbey to casual backyard ceremonies, weddings take all shapes. So do honeymoons.

Sara Margulis, CEO and founder of the honeymoon registry Honeyfund, has seen a rise in more budget-friendly trips. She’s also noticed couples delaying their honeymoons until they’ve saved more money or can take more time off. “These are creative solutions for people who are being savvy with their money,” she says.

As we learn from these three honeymoon stories, there’s no wrong way to celebrate. 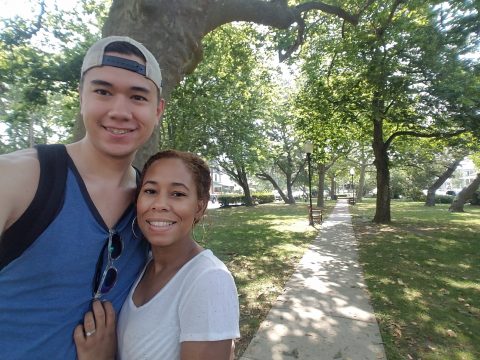 Jashua White and Alba Blandino White married in their hometown of Philadelphia on July 8, 2017. The next day, they drove about an hour and a half to one of their go-to vacation spots: Cape May, New Jersey. The newlyweds spent three days relaxing on the beach, biking and dining.

Cutting costs. The couple didn’t seriously consider a faraway, extravagant honeymoon. That doesn’t jibe with their budget-conscious personalities. “We’re never ones to blow money on things,” White says. They also didn’t want to “come home to an empty savings account,” he adds. After all, they have their future to consider. “We know there are still a lot of expenses ahead in our young relationship, so we’re trying to cut costs as much as possible,” he says.

Sticking with what works. The couple’s honeymoon wasn’t all about saving money. They also figured it would be easy to plan a vacation at a familiar local destination. “We liked the idea that we didn’t have to worry about flights,” White says, adding that driving enabled them to bring their bikes. They figured a no-stress vacation would be just what they’d want after a demanding DIY wedding.

Making it special. While the couple had been to Cape May several times before, this was their first stay as a married couple. “We splurged a little here and there to celebrate,” White says. “We ate out more and enjoyed more fine dining.” 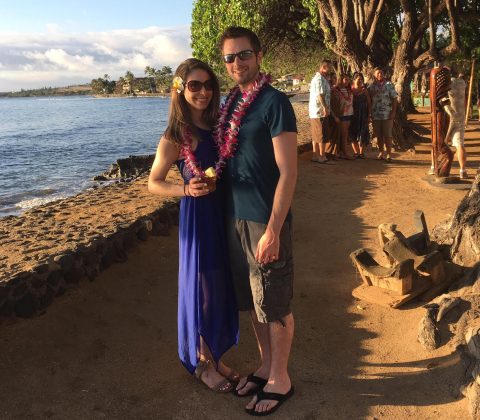 Perfect timing. The couple wanted to stay in New Jersey to celebrate Scott Van Der Sluys’ mom’s birthday the day after the wedding. Plus, his wife’s job as a high school English teacher didn’t allow for much time off in September. Logistics aside, the Van Der Sluyses just wanted to stay put. “It’s so exhausting after weddings,” Alana Van Der Sluys says. “The last thing I would want to do is go on a 13-hour plane ride.”

Replenishing funds. In the nine months before their honeymoon, the Van Der Sluyses were able to save enough to offset the amount they spent on their wedding. “That made me feel less guilty about shelling out for both a wedding and a special vacation,” Alana Van Der Sluys says. “You want to indulge a bit, but if you do two indulgent things back to back, it makes you feel pretty bad.” 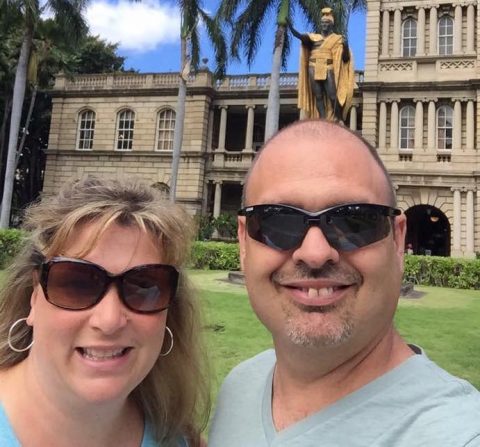 Maryland-based couple Michelle and Art Saumenig honeymooned in Hawaii, too. That’s also where they got married. After their ceremony in Honolulu on June 1, 2017, the Saumenigs spent the following week at an Oahu resort.

Keeping it simple. This was the second marriage for both. “It was nothing like planning our first weddings, where it was like a big to-do,” Michelle Saumenig says. “We wanted it to be low-key and not make a big production of it.” The only guests who made the trip to Hawaii were the couple’s parents.

Saving money. The Saumenigs cut costs on their wedding by keeping the ceremony small and working with a wedding coordinator. They spent about $900 on a package that included the ceremony, limousine, photos, planning and other costs. Packaging eased the stress of putting together a destination event and simplified their spending. “We only had to pay the wedding planner and for our honeymoon,” Saumenig says. She adds that for the honeymoon, the coordinator recommended restaurants and hotels that fit within their budget.

Loading up on freebies. The couple didn’t make a secret of being on their honeymoon, and they enjoyed some perks in return. The airline waived their baggage fees, their limo driver gave them an extra bottle of champagne, and a restaurant provided free dessert.

By reconsidering what a honeymoon looks like in terms of timing and destination, these couples were able to plan special vacations within their means. Another way to pull off an affordable honeymoon? Use a credit card with travel rewards to pay for your wedding expenses, as long as you can pay off the balance quickly. When you shell out for venue deposits and centerpieces, you’ll earn points toward honeymoon flights and hotels.