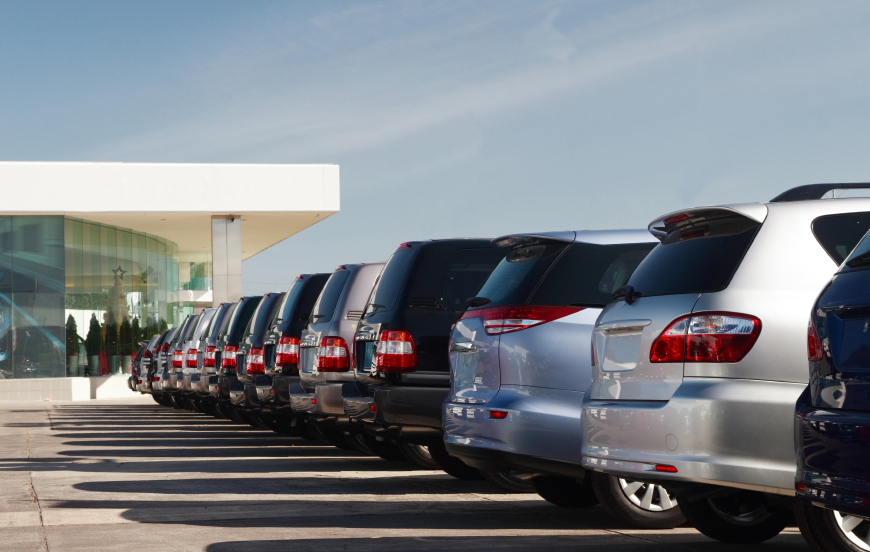 A mammoth sport utility vehicle is about hauling lots of people and stuff just about anywhere, or feeling like your family is safer in a tank-like vehicle. But your choice of which road beast to buy can have a big impact when comparing quotes on SUV insurance.

NerdWallet looked at insurance rates for six large SUVs, and we found quite a difference among them. The average premium for the SUV that was priciest to insure was 46% higher than the average quote for the most affordable model.

Methodology: NerdWallet researched car insurance rates for 30-year-old men and women in 10 California ZIP codes, with policy liability limits of $100,000 per person and $300,000 per accident, and $50,000 in property damage, plus collision, comprehensive, personal injury protection and uninsured motorist coverage. We averaged the four lowest rates. Average rates are shown for comparison purposes. Your own rates will be different.

One factor that tends to raise rates for large SUVs in general is that they may cause more damage in an accident, so liability claims costs can be larger, according to the Insurance Institute for Highway Safety.

It’s not just a matter of their larger size and weight. Federal law requires passenger cars to have bumpers protecting the area 16 to 20 inches off the ground. But this doesn’t apply to SUVs, minivans or pickup trucks because of concerns that lower bumpers would get in the way when these vehicles go off road or use loading ramps, according to the National Highway Traffic Safety Commission.

Because of this difference in bumper heights, “in fender-benders with SUVs, cars often end up with excessive damage to hoods, engine cooling systems, fenders, bumper covers, and safety equipment like lights,” the Insurance Institute for Highway Safety reports.

The flip side of this is that SUVs (and their passengers) generally suffer less damage. This can be seen in the fact that they have fewer collision claims and lower losses per claim than passenger cars, according to the Insurance Information Institute, an industry trade group.

Yet SUVs have their own safety issue: They’re more likely to roll over because of their higher center of gravity. SUVs had 5.3 deaths in rollovers per 100,000 vehicles in 2010, according to the Insurance Information Institute, using data from the National Highway Traffic Safety Administration. That’s nearly 2.5 times the rate for passenger cars.

Insurance companies set rates for vehicles based on claims history, which encompasses factors such as accidents, injuries, damage and theft. Models with a history of higher claims cost more to insure.

One other variable that’s easy to track is the vehicle cost. Expensive vehicles generally have pricier comprehensive and collision premiums because the amount the insurer might have to pay out if the vehicle is stolen or totaled is higher. NerdWallet’s data showed the lowest quotes for the cheapest large SUV, the Ford Explorer, and the highest quotes for the most expensive vehicle, the Lexus LX, although vehicle prices and quotes did not track exactly.

How much would you pay to insure a big SUV? NerdWallet’s car insurance estimator tool will tell you.