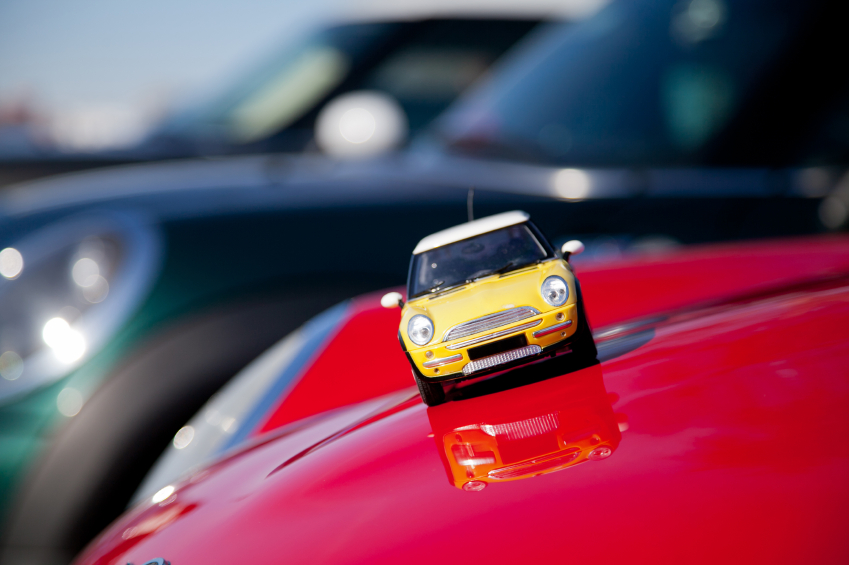 Buying a small car might help you save money at the dealership and the gas pump, but it won’t necessarily save you big bucks on small-car insurance. When comparing auto insurance quotes, premiums aren’t always in proportion to a car’s size.

With a suggested starting price of $16,745, the model has been named a best buy for subcompact cars by Consumers Digest the last four years. That’s ever since the Italian automaker started selling cars again here in the U.S. after an almost 30-year absence.

NerdWallet compared auto insurance quotes for four small cars and a midsize sedan; the Fiat 500 had the most expensive quotes of the bunch.

Methodology: NerdWallet researched car insurance rates for 30-year-old men and women for large insurers in 10 ZIP codes in each state, with policy limits of 100/300/50 and collision, comprehensive and uninsured motorist coverage. Rates include $50,000 for PIP in California and $50,000 for MedPay in Illinois. We averaged the four lowest rates in each state. Your own rates will be different.

NerdWallet compared quotes for the cars in two states for a 30-year-old good driver. In California, the average annual premium for a policy with high liability limits, as well as collision and comprehensive insurance, was $1,952 for the 2015 Fiat 500. That’s $430 more than the annual average premium for a 2015 Toyota Camry. In Illinois, the average yearly premium for a Fiat 500 was $1,649, compared to $1,582 for the Camry.

The sturdy Camry, one of America’s favorite family cars, has a suggested starting price of $22,970, roughly $6,000 more than the Fiat. The sedan gets 25 mpg in the city and 35 on the highway. Respectable numbers, but not quite as efficient as the Fiat’s 31 mpg in town and 40 on the highway.

Cheaper to buy, but not that much cheaper to insure

Average quotes for the other small cars NerdWallet examined were less than the average premium for the Camry — but the savings weren’t as big you might expect.

The Honda Fit was just $30 cheaper, and the Mini Cooper was only $44 cheaper to insure than the Camry, according to NerdWallet’s analysis of California quotes.

The biggest insurance bargain was for the itty-bitty Smart Fortwo. With a suggested starting price of $13,270, the tiny two-seater gets 34 mpg in the city and 38 on the highway. The average annual premium for the Smart Fortwo in California was $1,264, $258 less than the Camry; and $1,291 in Illinois, a savings of $291 compared to what you can get for the Toyota family sedan.

Why some cars cost less than others to insure

When insurers consider the type of car you drive as they set premiums, they look at historical data showing the cost of claims for those vehicles or similar models. The ideal car for low insurance rates would be one that’s:

Budget-friendly small cars don’t cost a lot to repair and replace and may not cause a lot of damage in wrecks. But everything else being equal, bigger, heavier cars are better at protecting drivers and passengers in crashes than smaller, lighter cars, says the Insurance Institute for Highway Safety. The longer the distance between the front of the car to where you sit, the better. When a wreck involves two cars, the people in the lighter car generally will absorb more of the force from the crash than the people in the heavier vehicle and therefore suffer more injuries. Occupants in a heavier car generally will also fare better than a lighter car in some single-vehicle crashes, too, according to the institute.

Of the small cars NerdWallet examined, the Honda Fit was the only one to earn the institute’s Top Safety Pick award, the second-highest safety honor from the industry group. The Fiat 500 earned a good score on four of the institute’s crash tests, but did poorly on the “small overlap front” test, which shows what would happen if the front corner of the car crashed into a pole.

The 2015 Camry, meanwhile, earned the Top Safety Pick+ award, the highest safety honor from the institute.

Shopping for a little car

Consider safety when you shop for a new car. You can look up the latest institute safety ratings by make and model on its website.

Then compare car insurance quotes for your favorite models before making an offer at the dealership. NerdWallet’s car insurance estimator tool can help you easily compare rates.