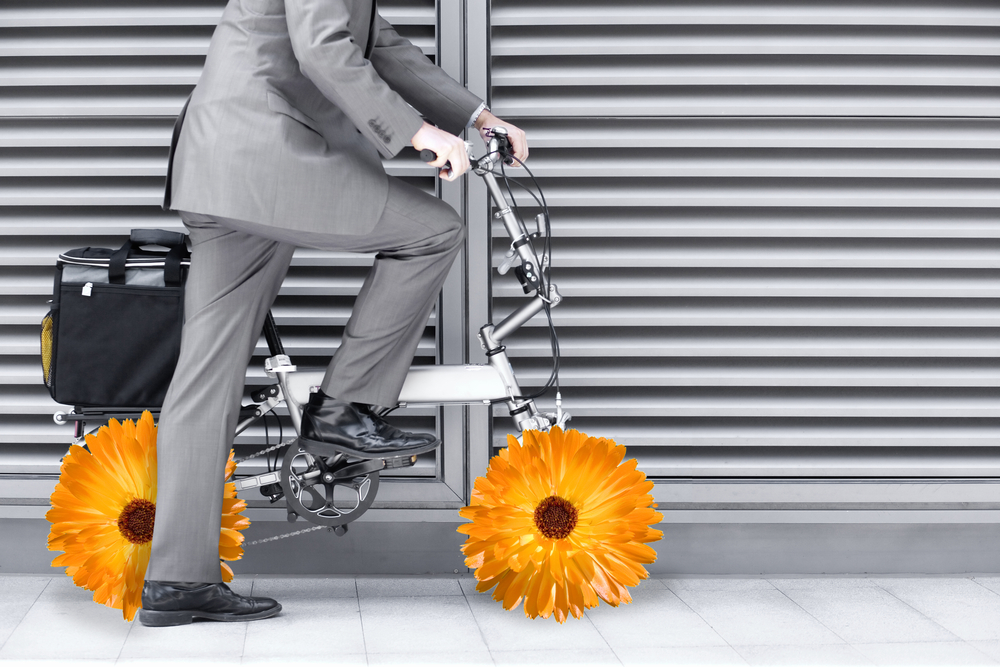 More people are taking up two-wheeled transportation for good reasons. Not only is it an opportunity for exercise, but it’s often cheaper than driving or public transit. However, one bad accident can erase many of its health and cost benefits.

A relatively small number of Americans commute via bike – about 0.6%, or about 1 in 161 workers. And according to Robert Schneider, assistant professor at the University of Wisconsin-Milwaukee School of Architecture and Urban Planning, bike commuting represents less than one-fifth of bicycle trips. He believes that even more people would cycle – for commuting and other purposes – if they weren’t concerned about safety.

These concerns aren’t always unfounded. In 2012, 726 bicyclists were killed and 49,000 were injured in collisions with cars, according to the National Highway Traffic Safety Administration.

Unlike drivers, bicyclists aren’t required to have insurance – but policies that riders may already have can help them recover after an accident or crash.

Who pays if you get hurt on your bike?

While bicyclists may be injured in motor vehicle crashes, they’re much more likely to be hurt in a “single-vehicle accident.” Either way, they’ll need help with medical bills.

“The main area where cyclists should be concerned is health,” said Brian Allenby of the Bicycle Coalition of Maine. “Your medical expenses need to be covered.”

The good news is that most cyclists already have health insurance, though it may be subject to a deductible. Cyclists with auto insurance in no-fault states may also be covered by their Personal Injury Protection (PIP) policies. These typically provide more extensive benefits than medical insurance, including work-loss coverage. And for those involved in motor vehicle crashes, the driver’s auto insurance could also step in.

Still, cyclists should take responsibility for their own protection. “I know cyclists who have been in crashes and haven’t had insurance, and they’re still paying hospitals back for $30,000 of expenses,” Allenby said.

Who pays if your bike is damaged or stolen?

There are many reasons a cyclist may need a bike repair or replacement, including a motor vehicle crash or theft.

If your bike was damaged in a car crash, the driver’s insurance should cover your bike, too, though the claims process may be long. If your bike is stolen, your homeowners or renters insurance policy should reimburse you, even if the theft occurred off the street – as long as you have enough coverage.

Who pays if you hurt someone with your bike?

Though it’s rare, bicyclists can injure or kill pedestrians. And while pedestrians’ health insurance may cover their medical bills, they may also come after cyclists for additional costs.

This is another case where cyclists’ homeowners or renters insurance comes in handy. Policies typically include some liability coverage, up to $100,000 in most cases.

For younger cyclists, this liability limit is probably enough, but those who own a home or have significant savings will need a lot more coverage. Umbrella policies provide additional liability protection for policyholders, whether the damage they cause occurs at home or on a bike trail.

As cycling has become more visible, it has spawned a niche insurance market. Companies like Velosurance and Spoke sell insurance policies specifically for bicyclists.

But do you really need another policy? That depends on what insurance you currently have and how much your bike is worth.

Velosurance CEO Dave Williams said the company’s basic policies cover damage to or the loss of a bike. Customers can also purchase medical payments (up to $10,000) or liability coverage (up to $100,000) if they don’t already have them.

Bicyclists who drive and carry a bike rider on their homeowners or renters policy have fewer reasons to insure their bikes, but Velosurance does offer some helpful extras, like replacement bike rental and airline shipping coverage. Policies can also step in if you’ve gotten in a single-vehicle accident or are renting under certain conditions.

“Once a person stops looking at their bike as a toy and starts considering it part of their lifestyle, that lifestyle would interrupted if the bike were damaged or got stolen,” said Williams.

A bike’s replacement cost is also a factor. “If you have a $5,000 bike, it’s worth insuring. If you have a less expensive bike, it’s probably not worth it,” Allenby said.

Williams acknowledged that prices will go down as the industry matures. “Actuaries haven’t gotten a chance to see where the claims happen and who they happen with,” he said. “Give us another year or two and we’ll have figured out some discounts.”

How can cyclists keep themselves safe?

Even if you’re fully insured, you’d rather not make a claim. That’s why it’s important for cyclists to keep themselves safe on the road – and for local and state governments to take their protection seriously.

Unfortunately for cyclists, laws concerning bike-vehicle crashes vary quite a bit among states, and this leads to confusion for law enforcement. “Often police don’t feel they have the power to issue a citation to drivers right off the bat, and there are no prescribed steps that have to occur,” Allenby said. “There is no across-the-board.”

“Some states do have a vulnerable user law. There’s a presumption that the vehicle caused the crash,” Allenby said. “That’s seen as the gold standard.”

Some cities are also experimenting with infrastructure changes – like increasing the numbers of bike lanes and installing separations between bike lanes and traffic – that, when designed carefully, can keep cyclists safer, Schneider said. Designing streets for slower automobile speeds and implementing more speed enforcement can also help.

There are also many steps cyclists can take to support their own safety and the safety of their bikes. “From a riders safety point of view, riding predictively is one of the safest things you can do,” Allenby recommended. “That reduces the guesswork a car or pedestrian has to do, where they might guess wrong.”