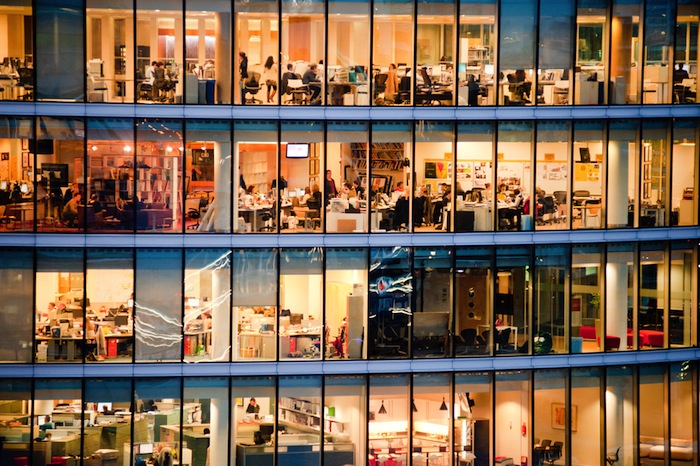 Master limited partnerships. The term sounds a little intimidating to the retail investor. And there are good reasons for that – which we’ll get into in a bit. But they have plenty going for them, too – and they do deserve some consideration for investors looking to increase the diversity of their portfolios, or find some income yield in a treacherous low-but-rising interest rate environment: Yields from master limited partnerships averaged 6.7 percent over the last year – very substantially ahead of returns offered by most bonds, mortgage securities, fixed annuities, utilities and other traditional income generators.

What is a master limited partnership?

In practice, most MLPs are involved in activities like oil and gas drilling, pipelines and transportation, power production, timber and the like. Because of their energy focus, they have benefitted quite a bit from a recent energy boom, sparked by the discovery of new energy reserves, a boom in North Dakota oil production, pipeline expansion and the fielding of fracking technology.

The chief attraction that MLPs have for higher-income investors especially lies in the special way they are taxed. Many readers will be familiar with real estate investment trusts, or REITs, and the special tax treatment they receive. MLPs are taxed in a similar fashion:

MLPs, however, have an important tax advantage over REITs: The treatment of losses. REITs are corporations, not partnerships. They can’t pass losses on to shareholders. But if an MLP has losses, they can pass those losses on to their limited partners, or unit-holders – allowing them to potentially cancel out gains elsewhere in their portfolios. (You don’t want this to happen too often! It’s better to own profitable MLPs than unprofitable ones. But it’s better for the unit holder than having tax losses go unharvested at the individual level, as would be the case if the losses were taken by a corporation like a REIT.)

Loss harvesting in MLPs is strictly limited by a set of rules called passive activity rules. Blame that on a bunch of wealthy people prior to 1986 who abused the concept to avoid income taxes by creating assets to generate paper losses – a real-life version of Why We Can’t Have Nice Things.

Note: Gains and losses aren’t the only thing that partnerships pass on to unitholders’ tax returns. The other thing that gets passed on to unit holders is headaches. With publicly traded corporations, the CFO and a trained accounting staff handle all the complexities of the tax code and figure out taxes at the corporate level. With MLPs, though, there’s no corporate-level income tax. There’s no corporation to act as a buffer. So all the complexities of depreciation recapture tax and special tax characteristics of 1231 property and allowances for depletion and the whole nine yards get passed on to you directly. Every box on your K-1 form will represent a different type of income, gain or loss. It’s going to be up to you and your tax advisor to make sense of them. Do not try to do this alone!

Additionally, investors can also benefit from a particular quirk of master limited partner taxation: tax deferral of a portion of dividend payments. A portion of your dividend is typically classified as “return of capital.” That is, the MLP is returning some of your original investment to you.

How much is deferred? That differs from MLP to MLP.

The catch: Any dividends on which income tax is deferred must be subtracted from your cost basis, which will eventually increase capital gains taxes you pay when you sell your interest in the partnership. Some of those gains, however – anything attributable to deductions for depreciation will be taxed as ordinary income, rather than dividends or capital gains.

Each year, usually in February and March, MLP holders will receive a K-1 report from their general partner, detailing their dividend income for the previous year, including how much of that income qualifies for tax deferral.

Can I invest in MLPs via mutual funds?

Yes you can! Actually, there are a number of closed-end funds that focus on master limited partnerships. If you’re a hard-core indexhead, you might look into the Alerian MLP ETF (AMLP), which tracks the Alerian index of master limited partnerships. This fund has an expense ratio of 0.85, but crams in “other expenses,” mostly deferred income tax, as an expense. So depending on how you slice it, expenses can take a pretty big bite even out of the indexed portfolio. Currently, the fund sports a trailing twelve-month yield of 6.15 percent.

The problem with the Alerian index, in practice, though, is even trickier. Because of the complex accounting, the Alerian MLP ETF has actually trailed Alerian’s own benchmark index by over 10 percent in 2013, and over 7 percent annualized since inception!

Clearly, then, the pure index approach is problematic within this relatively tight and illiquid market, with complicated tax accounting. There are some who would argue that a traditional market-cap-weighted index also causes problems in relatively small markets like MLPs. Take for example the Citigroup C-Tracks ETN (MLPC). This fund isn’t a pure index – the manager believes that there are problems with pure cap-weighted indexing in smaller and less liquid markets especially, and instead builds an ‘index’ based on a few key inputs – chiefly a recent track record of dividend growth and trends in capital investment. The management team regards increases in capital investment as a very bullish sign, as well as dividend increases. Through year-end 2013, The Miller/Howard Fundamental Index’s five-year track record outperformed the Alerian MLP Index 35.24 to 29.55. By way of comparison, the S&P 500 Index would have netted investors 17.94 percent over the same period.

You can take a purely actively-managed fund as well, if you want the instant diversification you can get with mutual funds – though nearly all of them will be much more concentrated in 25 or so of the largest master limited partnerships and heavily concentrated in oil, gas, pipelines and other natural resources. So you would get substantially less diversification than you otherwise would in a mutual fund.

One advantage to using mutual funds to hold MLPs: If you are holding the asset within an IRA, your IRA may be liable for a special kind of tax called the unrelated business income tax. Holding the assets in a mutual fund may help you sidestep that particular tax. The downside, of course, is that you have to pay an additional expense ratio to the fund company, and of course you have less control than you would if you owned the master limited partnerships directly.