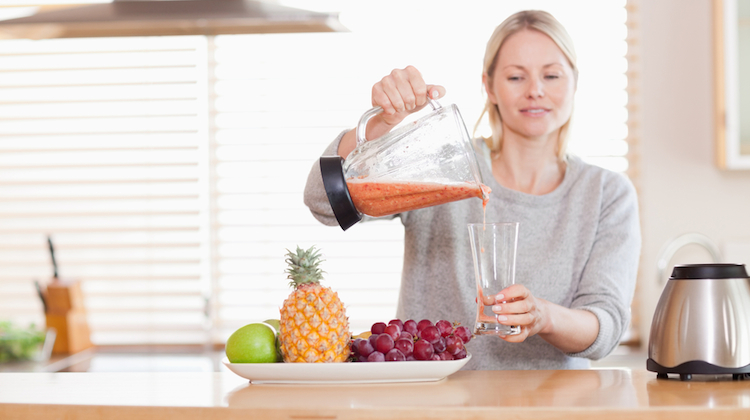 There are numerous types of blenders on the market, including several Ninja-brand models, each with unique capabilities.  Deciding which one to purchase is enough to make your head spin, even with the help of Consumer Reports. But don’t fret; we’ve done additional research for you, and below we compare and contrast Ninja’s blenders to help you decide if the Ninja NJ600 is a good fit for your kitchen.

The Ninja Ultima Blender, BL810: This blending machine features 1,500 watts of crushing power. The blender is able to break down not only ice, but also whole fruits and vegetables in its 72-ounce pitcher. The blender also comes equipped with 10 speeds and pulse capability, as well as two or three single-serve cups with lids to take your smoothie creations along for the ride, depending on which Ultima model you purchase. The BL810 comes with two single-serve cups, and the BL830 arrives with three single-serve cups, as does the BL830 CB model. Ninja Ultima blenders have been discontinued on the manufacturer site, but you might find limited quantities through third-party sellers.

The Ninja Kitchen System, BL820: This 1,500-watt blender is similar to the Ninja Ultima BL810, BL830 and BL830 CB models, but in addition to a 72-ounce, BPA-free pitcher and 10 speeds, it features a number of accessories, including an 8-cup food processor bowl with chopping blade, a blade to mix dough, a reversible slicing/shredding disk and a grating disk. The system comes with two single-serve cups and is also a juicer. This model has been discontinued but can be purchased through third-party sellers.

Ninja Kitchen System Pulse, BL200 — The single-button Ninja Kitchen Pulse comes with a 48-ounce pitcher, as well as a separate 40-ounce food processing bowl with blade, a blade for dough mixing, a shredding disk with adapter and two single-serve, 16-ounce cups with lids. The 700-watt Pulse not only helps you make smoothies, but can also knead dough for pizza, bread and cookies. Ninja has discontinued the BL200 model, which can only be purchased from third-party sellers. Amazon does have the similar BL201 model available for $59.

Comparison with the Ninja NJ600

The Ninja NJ600, like its sister blenders, offers a 72-ounce, BPA-free pitcher and also has enough power — 1,100 watts — to crush ice. The machine, which features three speeds and pulse, is so versatile that it can help you accomplish many of the same things as other Ninja models, including blending ingredients to make smoothies, sauces and nut butters. But, unlike the other models, the Ninja NJ600 does not come with single-serve cups or blades to mix dough. It doesn’t have a blade for grating, but it is able to assist with food preparation, including chopping vegetables. The Ninja site doesn’t sell the NJ600, but shoppers can find it on Amazon for $78.99.

» MORE: How to clean your Ninja NJ600 blender

Best uses for the Ninja NJ600

For those who don’t plan on using their blenders to make flour into dough or cookies, prefer the simplicity of three buttons to choose from rather than 10 and won’t miss the convenience of a single-serve cup, the NJ600 is perfect. It can accomplish virtually any task you need help with in your kitchen; and for a busy parent, the blender can help make life easier, since you can use it not only to blend up veggies to hide in the kids’ food, but also to make treats like smoothies and ice cream.

In 2015, Ninja issued a safety warning on several of their blender models starting with BL660, BL663 and BL665, according to the U.S. Consumer Product Safety Commission. The warning was issued due to complaints and injury reports resulting from the blades falling out when users poured from the pitcher. Ninja recommends removing the blades first before pouring or cleaning and taking extra care when handling.