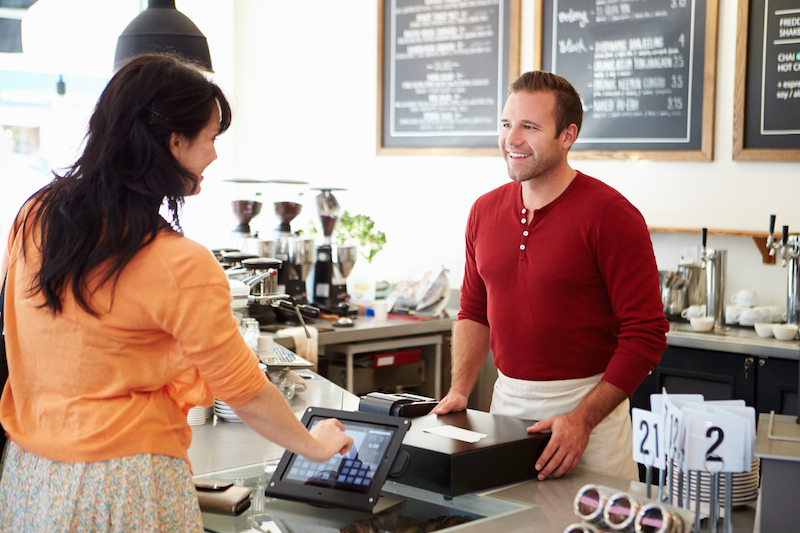 By October 2015, all merchants – including small business owners – must be ready to accept EMV-enabled credit cards. If not, merchants will be held liable for fraudulent charges rather than the credit card companies. Will everyone be ready?

First, a quick reminder about EMV, which should become the most powerful line of defense yet against credit card information theft. The “swipe and sign” method, where you get a receipt and sign for the charge, will be made obsolete. Instead, EMV puts a microchip in the card and consumers will use a PIN number to complete the transaction. Thus, card information can be stolen, but without the chip, the data is useless.

This new technology is necessary. According to The Nilson Report, a news source for the payments industry, the U.S. accounts for some 47% of all credit card fraud in the world. Gross fraud losses were $11.27 billion in 2012, up 14.6% over the prior year. This is designed to attack “skimming” by thieves who steal data from your card’s magnetic strip.

There’s quite a burden for merchants, especially small businesses, to meet the new standards. It first means the merchants are going to have to either add an external PIN pad to their existing POS terminals, or scrap their current system and replace it with a new one.

It’s expensive for the big chains, which are probably going to toss out the entire network, replacing terminals, IT, and possibly even telecom services. Even so, those who add the external pad may eventually find that, as technology continues to evolve, they will need to upgrade the entire system at some point.

That’s because compliance is the ultimate arbiter of what is and isn’t permitted. Compliance costs are huge, and small businesses can’t afford to hire full-time compliance officers. It’s onerous for small business to put Band-Aids on systems and believe they are compliant, so at some point a transition to a new system they know is compliant will likely happen.

Some of the necessary attributes of new terminals include a device that can handle both contact and contactless transactions, and some that include customer loyalty program processing. Rather than ask for that loyalty card or your phone number, just using the card will ensure you get those loyalty points at your big chain drugstore or supermarket.

Transition may be costly but beneficial for small businesses

Ultimately, however, EMV is a great technology with many benefits for merchants, especially small businesses. It’s going to reduce fraud and chargebacks. Visa is offering merchants incentives to get EMV terminals installed, so it may be better to put up the expense now and be on the cutting edge than deal with legacy issues down the line.

For small business owners who are not adept with technology, it is worth hiring on a tech consultant who specializes in EMV transition. Even before that, however, call Visa and MasterCard. They have departments dedicated to the transition, and it is in the issuer’s best interests to see you transition and succeed.

EMV transition is pricey but better that then being liable for fraud.