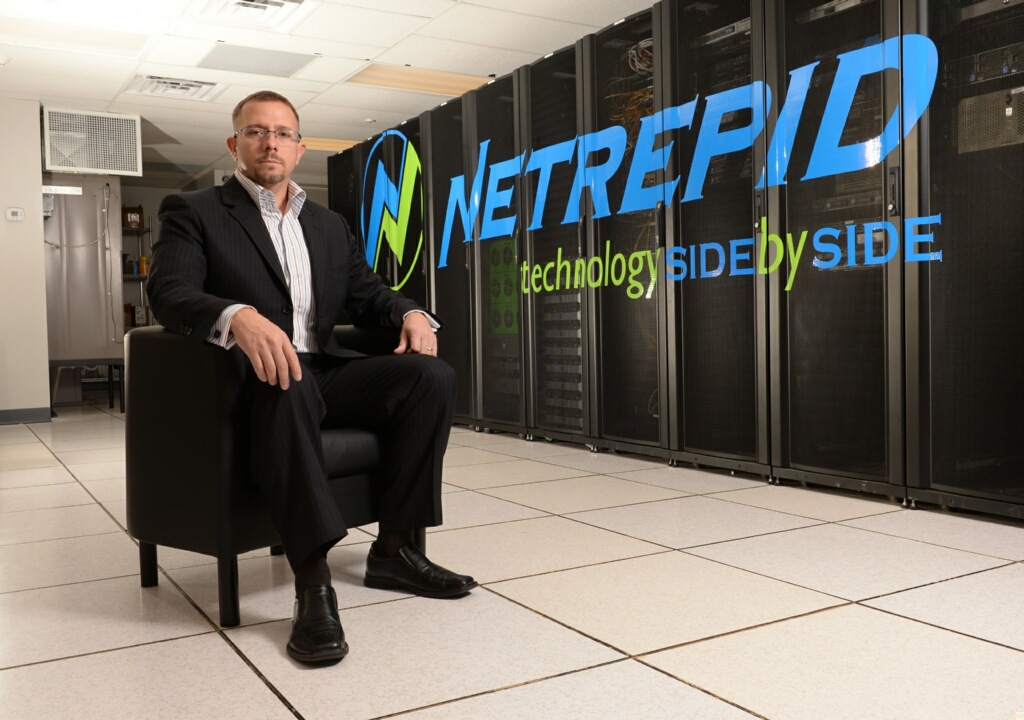 The road to being named “Veteran Small Business Person of the Year” by the U.S. Small Business Administration’s Philadelphia District Office wasn’t always an easy one for Sam Coyl, president of Netrepid, an IT company based in Harrisburg, Pennsylvania. Times were often so tough—and those times so frequent—that Coyl’s children had a special name for the rocky periods.

“My kids used to call them ‘Cheerios Weeks’ because, you know, owners get paid last, so my kids would open the cupboards and all they’d see is cereal and a bag of Tostitos,” Coyl says.

After nearly 10 years of bootstrapping his business, Coyl decided that Netrepid, along with his own financial stability, would benefit from outside funding. After hiring a chief financial officer in the summer of 2012, Coyl and Co. began looking for investors.

Netrepid’s current mission of helping clients “figure out how to evolve their technologies from traditional to cloud-based structures,” as Coyl describes it, was influenced by the numerous jobs he held prior to establishing the company in 2004. In addition to serving in the Marine Corps for eight years, Coyl gained valuable experience in the private sector, working for a firm that built Wi-Fi networks for hospitals and other businesses.

“Many clients would either severely underbuy or overbuy hardware and software without forecasting what their technology needs were going to be,” Coyl says.

The more Coyl encountered those types of scenarios, the faster the wheels in his head turned. A company that could provide IT consultation and support, Coyl figured, would be a welcome addition to the local business community. The budding entrepreneur also believed that cloud infrastructure would be the next big thing and that it should serve as the backbone of his business.

After initial success in the mid-2000s, Netrepid’s growth began to stall.

“We were kind of chugging along in a pretty bootstrapped environment, and it was working, but it was not going to give us the capacity we needed to grow,” Coyl says. “And as far as I’m concerned, if you’re stagnant, you’re dying.”

It was that mantra that motivated Coyl to look to the SBA for funding at a time when no one else was willing to take that risk.

Netrepid’s work with the SBA

Although it doesn’t directly provide loans, the SBA, which is backed by the U.S. government, works with traditional lenders like banks and credit unions to facilitate loans to businesses such as Netrepid.

“The SBA works with banks and credit unions, basically offering them loan guarantees from anywhere from 50% to 85-90% on the principle balance of the loan,” says Michael Kane, branch manager at SBA’s District Office in Harrisburg.

Those guarantees, says Kane, mitigate risk for lending institutions, which makes them more willing to offer loans to businesses that don’t have an extensive track record of success and growth. The SBA also provides financial counselling to business owners to empower them to make smart decisions with their money.

“No matter which way you slice it, some business owners are going to fall just outside the credit box that a lender has,” Kane says. “This program can really help push that small business over the finish line to get that capital that they need.”

With the help of the SBA and other outside investors, Netrepid raised about $3.5 million. According to Coyl, those funds have enabled him and his “phenomenal” 12-person-strong team to “refresh some of the technologies we needed to upgrade” and “to go after some much bigger clients with a much broader solution set.”

“Other companies that start with a $20 million investment blow all their cash in 15 months because they don’t know how to make smart decisions,” Coyl says. “We treated the funds like we didn’t have any money.”

Based on his own experience, Coyl stresses the importance of finding the right team of advisors to work with. Although doing so took some time, it has proven to be a valuable asset for Netrepid.

“It took me a long time to build a little core of mentors that could really sit down with me and be my coaches,” Coyl says. “They’re not my board of directors; they’re the guys who are there to coach me.”

Working with people with strong operational backgrounds has helped Coyl plan Netrepid’s growth as he looks to “expand its geographical footprint.”

Kane, meanwhile, underlines the importance of knowing the ins and outs of one’s business community.

“In general, small business owners need to make sure they are aware of who is lending in their community,” he says. “If you are looking for an SBA-guaranteed loan, you have to know who is actually lending in your marketplace.

“Many district offices will put out lender loan volume reports on a monthly basis, which outlines how much lending they are doing, in terms of the number of loans and the aggregate dollar amount of these loans,” Kane says.

For Sam Coyl, doing the necessary homework before reaching out to his local SBA office sparked Netrepid’s growth and helped ensure that the phrase “Cheerios Weeks” is merely a relic of more frugal times.