United Airlines announced expanded service between the U.S. and 19 countries in Central and South America by partnering with Copa and Avianca airlines. Here’s what you need to know about the partnership:

Planning a trip? Check out these articles for more inspiration and advice:
Why you should fly first class at least once, and how to afford it
United Airlines replaces first-class intercontinental flights with Polaris seating
5 ways to save money and nab last-minute flight deals 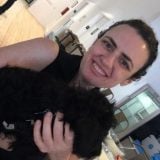