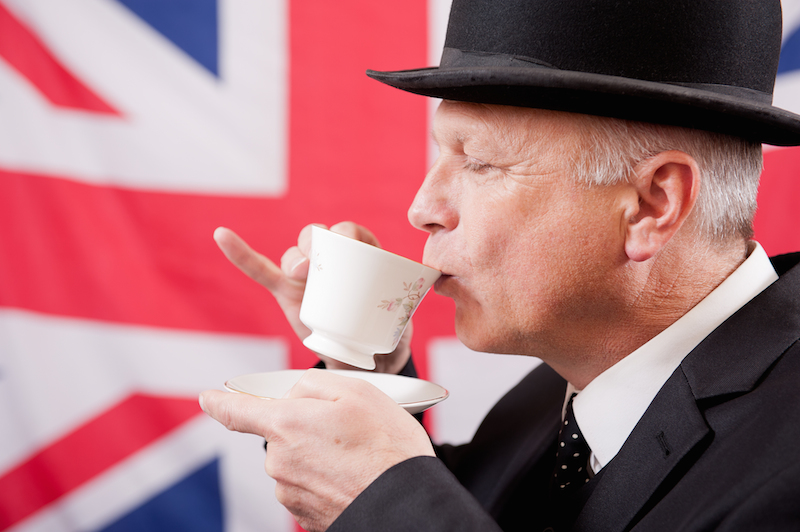 Is it that UK thieves are more polite? Probably not, because the UK still leads Europe in the credit card fraud department. The good news is that this number fell from 34% in 2012, and that likely has to do with the introduction of EMV cards.

EMV is short for “Europay, MasterCard and Visa.” In short, it stores your card data on a microchip rather than a magnetic strip. With skimmers, once the data gets lifted from the magnetic strip, the strip itself can be counterfeited and used to commit credit card fraud. It’s a whole different ballgame with the EMV chip. They are more difficult to copy, and a unique transaction code is generated for each use. EMV has worked extremely well in Europe. According to ATM Marketplace, an online trade publication that covers the space, skimming saw a 45% reduction since 2008 and is likely a reason for decreased UK fraud.

This is good news, but what kind of actionable steps can you take to protect your data if you are headed to the UK?

Don’t make yourself a target for credit card fraud

The first thing to know about the UK is that while it feels a lot like America, there is a European sensibility that permeates British culture, and that includes how criminals operate. They will not be polite. They will be more brazen and steal during the day as much as they will at night. Have you seen those movies, in which some poor tourist has her bag snatched off a café chair by a motorcycle thief? It happens.

Also, thieves are patient. They will hang out in known tourist spots, observe from a safe location, and then leap into action. They may operate in pairs or groups. Someone may bump into you, you turn right, and your pocket gets picked. British law enforcement is likely to assist, but don’t count on the law to recover your goods.

Be especially careful in crowds. With people jostling you back and forth, you won’t notice a quality pickpocket relieve you of your wallet or purse.

Stay alert at ATMs. UK ATMs are designed differently, and you don’t want to look confused while withdrawing money.

As much as we love technology, when traveling abroad, it can become your enemy.

While UK security is generally tight and effective, there are still plenty of ATMs that have been infiltrated with skimming devices. Internet cafes and wi-fi were introduced in the UK well before than in the United States, so thieves are more adept at jumping onto public networks and piggybacking on wireless networks. Be careful about using user names and passwords on financial transaction websites in public places.

You should assume you will have your credit card stolen. So, be certain to have the phone numbers for all your financial institutions written down somewhere safe, and be sure you know how to dial a U.S. number from the UK.

Of course, that also means you should carry multiple cards with you. Keep them in separate locations – one in your suitcase, another in your wallet, another in your shoe – so that you’ll always have one in case something gets stolen.

Have emergency cash or traveler’s checks, and always use the hotel safe.