Getting a DUI makes it harder to find car insurance and raises your rates by 96% on average, according to a NerdWallet analysis. Although finding cheap auto insurance after a DUI may seem impossible, shopping around is the trick.

Progressive is the cheapest car insurance company on average if you’ve had a recent DUI, out of the nation’s largest insurers, according to NerdWallet’s analysis of third-party rate data.

This analysis is for full coverage insurance, which includes comprehensive and collision insurance. Often required if you have a car loan or lease, comprehensive and collision insurance pay for damage to your own car from most causes. Although USAA has cheaper average rates than Progressive, it isn’t included in our analysis because it is available to members of the military, veterans and their families only.

But averages aren’t always a good predictor of the price you’ll pay: Your rates are determined by individual factors like your age and location, and smaller regional insurers might offer better rates than more well-known companies. Getting cheap DUI insurance will take diligence, but comparing quotes can help.

Even if your DUI was the result of a mistake that will never happen again, insurers will consider you “high-risk,” or more likely to file an insurance claim than most people, for several years. High-risk drivers have a harder time finding insurance, and may need to get coverage from a specialty insurer.

To find the lowest prices for drivers with a recent DUI, we looked at large companies that are available in many states and can serve the most consumers.

Here are average monthly rates from the nation’s four largest auto insurance companies for drivers with a recent DUI, ranked from cheapest to most expensive.

» MORE: Allstate, Geico, Progressive or State Farm: Which one is best for you?

But big companies aren’t your only options.

In many areas, smaller statewide and regional insurers have the cheapest rates. Our analysis found that in 34 states and Washington, D.C., the lowest rates for a driver with a DUI come from an insurer that doesn’t make the list of the nation’s 10 largest auto insurance companies. So after a DUI, it’s vital to compare car insurance rates and find the cheapest company for you.

» MORE: Get the cheapest car insurance

The cheapest car insurance company in one area may not be the cheapest in another. For instance, in NerdWallet’s analysis:

Check the table below to see which companies have the lowest rates after a DUI where you live.

How much does car insurance go up after a DUI?

You’re unlikely to escape a rate hike for car insurance after a DUI even with minimal coverage, which is typically a third of the price of full coverage. Average rates for both types go up 96% or more after a DUI.

While buying only the minimum required insurance coverage in your state is one way to keep rates low after a DUI, it’s not an option for everyone. Auto loans and leases typically require full coverage.

Additionally, minimum coverage insurance often has relatively low liability limits. If you cause a crash and don’t have enough insurance to pay for damage, you’ll have to pay out of pocket.

» MORE: How much liability insurance do I need?

But where you live makes a big difference in those rates.

So what does it mean in terms of dollars and cents? Depending on the state and coverage level, drivers with a recent DUI could pay as little as $195 more per year for car insurance, or as much as $4,165, according to our analysis.

Keep in mind that the company you choose will also affect your rates, and the cheapest company without any traffic infractions isn’t always the same after a DUI. While Geico had the cheapest rates on average for a good driver out of the country’s four largest insurers, it was the second-most expensive after a DUI.

How to shop for affordable auto insurance after a DUI

After a DUI, your car insurance company considers you a high-risk driver. Your premium will almost certainly increase, and your carrier might even decide to drop you. Here’s what you can do:

Alternative car insurance after a DUI

Some companies may deny coverage to drivers they consider too risky, including those with a DUI.

Many big insurance companies serve high-risk drivers, and some smaller companies cater specifically to this market. After a DUI, it’s a good idea to get rates from these nonstandard carriers as well as from the big ones, if possible.

If you can’t find a company willing to insure you because of your driving record, you can turn to your state’s high-risk insurance pool. These programs exist to provide coverage to people who have trouble buying auto insurance through normal channels. To start, find your state in the directory of the Automobile Insurance Plan Service Office.

How long does a DUI stay on your insurance?

A DUI will affect your car insurance rates for at least three to five years, often longer. Companies and states differ in how long and how much they raise your rates for a DUI. In California, for instance, a DUI stays on your record for 10 years. During that time, you won’t be able to earn a good driver discount.

Drivers with a recent DUI are typically considered high-risk drivers, so you may need to buy coverage from a nonstandard insurer.

Do you need an SR-22 as proof of insurance after a DUI?

In many states, your insurer will have to file a form with the state’s motor vehicle department proving you have car insurance after your DUI.

In most states, the form is called an SR-22, and it proves you have purchased at least your state’s minimum required auto insurance. An FR-44 is a similar form, found in Florida and Virginia. If you’re ordered to file this form, you must purchase more than the state minimum. Not all insurers will file these forms for all customers, so you’ll need to find an insurance company that provides this service.

How much does car insurance increase after a DUI?

For drivers with full coverage, your auto insurance rates go up about 96% on average if you have a DUI. Rates increase even more after a DUI if you have minimum insurance — around 104% on average.

How much does DUI insurance cost?

For a 40-year-old driver with no previous violations, the average annual cost of car insurance after a DUI is:

For comparison, the average cost of car insurance for a driver with a clean record is $1,592 per year for full coverage and $565 for minimum coverage.

NerdWallet averaged rates based on public filings obtained by pricing analytics company Quadrant Information Services. We examined rates for 40-year-old men and women for all ZIP codes in any of the 50 states and Washington, D.C. Although it’s one of the largest insurers in the country, Liberty Mutual is not included in our rates analysis due to a lack of publicly available information.

In our analysis, “good drivers” had no moving violations on record; a “good driving” discount was included for this profile. Our “good” and “poor” credit rates are based on credit score approximations and do not account for proprietary scoring criteria used by insurance providers. These are average rates, and your rate will vary based on your personal details, state and insurance provider.

In states where required, minimum additional coverages were added. We used the same assumptions for all other driver profiles, with the following exceptions: 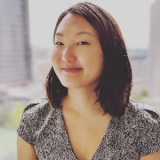