Airline reward programs have undergone dizzying changes in recent years. Earning miles on many airlines is now based on how much you spend rather than how far you fly, and the number of miles needed to book a given route has become harder and harder to determine.

To help make sense of the confusion, we performed a data-driven analysis of major domestic airlines to determine which offer the best bang for your buck — that is, which program offers the most value in return per dollar spent.

How we did it

To figure out which program offered the best return on spend, we needed to know:

You still earn miles based on distance flown on four major domestic airlines: Alaska, Frontier, Hawaiian and Southwest. For these, we searched for the cheapest available round-trip fares across five dates and 14 popular domestic routes, totaling 70 routes per airline. We averaged the price across the five dates and divided by the miles earned for each route.

Four other airlines — American, Delta, JetBlue and United — issue miles based on the base fare. For these, we searched for the cheapest available round-trip fares across 14 popular domestic routes and collected both the base fare and total fare. We divided the miles earned by the total cost of the ticket to determine the mile-earning rate.

As you can see, these earning rates vary a lot. The top earning rate, Frontier, was more than four times higher than the lowest, JetBlue.

Of course, these earning rates raise the question: How much are those miles actually worth?

In a separate analysis, we compared cash prices and award redemptions for the same round-trip routes across several destinations and dates.

For example, we compared the cost of flying round-trip from New York to London using either cash or miles. We divided the cost of the cash ticket by the cost of the reward ticket to determine a “cent per mile” value for each flight, then averaged these values.

Finding the return on spend was then simply a matter of multiplying the mile earning rate by the mile valuations and dividing by 100 to make it a percentage. Here are the results, from the highest-earning program to the lowest:

Unsurprisingly to many, most of the distance-based programs outperformed revenue-based ones. In fact, Alaska’s Mileage Plan offers more than twice the return on spend compared to United, American and JetBlue.

Airline frequent flyer programs are all about paying you back for being a loyal customer. But, as we found in this analysis, the programs vary widely in how much bang you get for your buck.

The limited mile-earning rate among the three largest U.S. airlines — American, Delta and United — significantly reduces the value of their reward programs. This factor ended up being more important than the value of the miles themselves in determining overall value.

Alaska’s Mileage Plan program stands well above the pack and offers a solid value for West Coast flyers, while budget carriers Southwest and Frontier offer surprisingly lucrative programs in their own right.

Planning a trip? Check out these articles for more inspiration and advice:
Frontier Airlines credit card now a ticket to elite status
How to get top-tier elite status through credit card spending
Find the best travel credit card for you 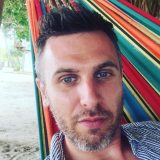